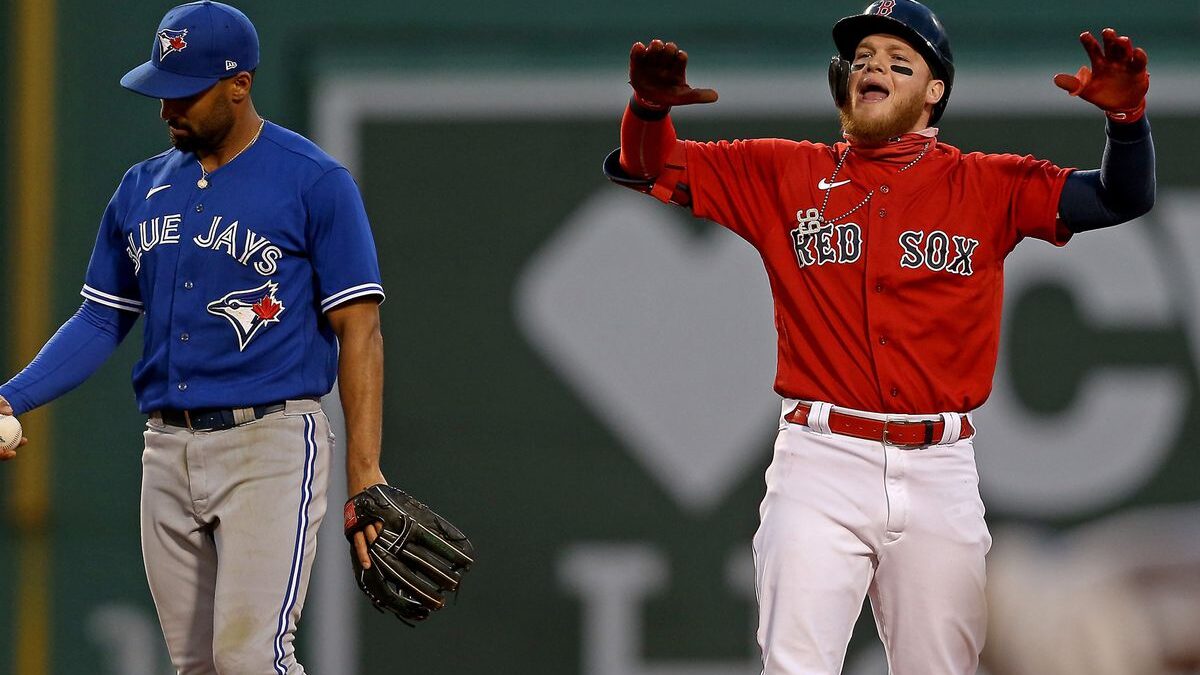 Boston and Toronto meet for the final time this season, with the Blue Jays leading the season series 13-3. The Red Sox are last in AL East with a 75-81 record and don’t have much to play for in the remaining six games of the regular season.

However, after a bad season, the team will undoubtedly make some roster moves in the offseason to get themselves back in contention to make a run at another World Series.

The Blue Jays clinched a playoff spot with the Baltimore Orioles’ loss last night. They currently hold the top Wild Card spot in the AL.

They’re 87-69 on the season and lead the Tampa Bay Rays by 2.5 games in the standings. Toronto also hopes to get back into the win column tonight after losing two straight to the New York Yankees.

The Red Sox broke a six-game losing streak in their last series against the Baltimore Orioles and have now won three straight games. So the only thing they have left to play for may be some individual season numbers.

With a strong finish in these final games, shortstop Xander Bogaerts has a chance to spoil Aaron Judge’s shot at the triple crown and take the AL batting title. He’s currently hitting .309, just behind Judge, who’s at .315 on the season.

Rafael Devers is first on the Red Sox in homers this season with 27 and leads them in RBIs with 87 on the season. Michael Wacha is first on the team with 11 wins, and Nick Pivetta is the leader on the mound in strikeouts with 168 and holds a 4.48 ERA. He also brings a 10-11 season record to the mound for his start tonight.

The Blue Jays lost two of three to the New York Yankees in their last series after splitting four games with the Tampa Bay Rays on the road.

They have lost six of their last ten games and would like to gain momentum before the playoffs start next week. As long as they hold their current position, they could open their best-of-three wild card playoff series at home.

Lourdes Gurriel Jr. is the top hitter for Toronto at .291 on the season. Vladimir Guerrero Jr. leads the power numbers for the Blue Jays with 30 home runs and 93 RBIs.

Kevin Gausman is the leader on the mound with 201 strikeouts, and Alek Manoah is first with 15 wins and a 2.31 ERA. He’ll also make the start for Toronto tonight.

The Red Sox are 0-5 in their last five road games, and the total has gone over in seven of their previous ten games against AL opponents.

The Blue Jays are 6-2 in their last eight home games against Boston, and the total has gone over in six of their previous nine games against AL rivals.

The Blue Jays hope to stay focused in this first game against their division rivals. They’re looking for their seventh straight victory over Boston and hope to end their home losing streak.

Toronto has been the superior team all season and should pick up another win tonight, with their ace making a start on the mound.

Godds Pick/Prediction: The Blue Jays win, and the total stays under.