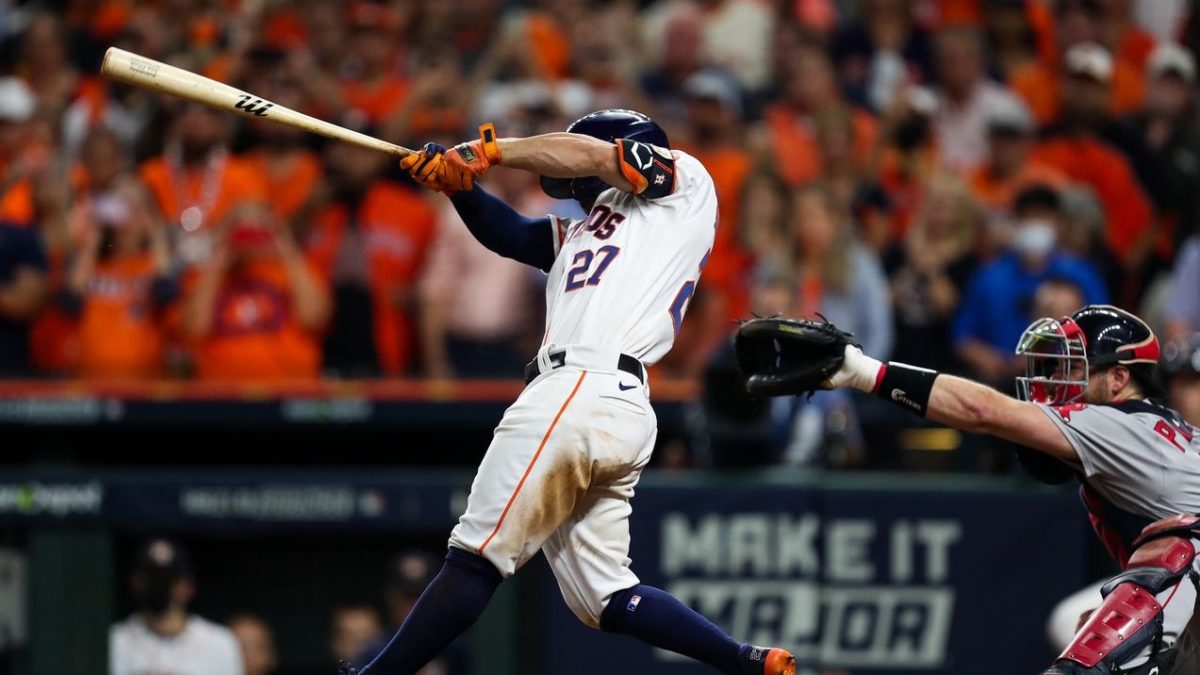 The Red Sox carry the momentum as the Astros fall short in Game 2 of the ALCS. The next game could set the pace for how the series comes to an end.

With the series now tied at 1-1, Boston Red Sox left-hander Eduardo Rodriguez will get the nod to start Game 3 of the AL Championship Series against the Houston Astros on Monday night. Boston manager Alex Cora says righty Nick Pivetta will be available in the bullpen if needed.

Rodriguez was 13-9 with a 4.74 ERA this season after missing all of last year due to coronavirus-related heart disease. He is 0-1 with a 5.40 ERA this postseason, with two starts against the Tampa Bay Rays in the Division Series.

Now, the Red Sox will return home to Fenway Park with momentum on their side as they host the Astros for a pivotal Game 3 in their best-of-seven showdown on Monday night.

Martinez and Devers became the first pair of teammates in postseason history to mash grand slams in the same game, doing so in the first and second innings respectively of Boston’s decisive 9-5 win in Game 2 on Saturday at Houston.

Already without injured ace Lance McCullers Jr., the Astros’ rotation took another blow in the form of an injury to Game 2 starter Luis Garcia. He exited after serving up the grand slam to Martinez, leaving potential Game 4 starter Jake Odorizzi to pitch in a surprise mop-up role. Sometimes saving your best for last is not always the case.

The time is now, and as a team, the Astros must come together to work out the kinks to get the win. The Astros are an offensive wagon; however, the defense needs to step up.

Houston’s infield (Yuli Gurriel, Altuve, Correa, Bregman) features four players who have played in more postseason games together than any other four teammates in MLB history. All have tarnished 2017 championship rings.

A win here in Fenway Way Park will be huge, and it will definitely get the confidence back and the mindset to click on all cylinders.

You couldn’t have drawn up a much better start for the Red Sox or a worse one for the Astros in Saturday’s ALCS Game 2. Luis Garcia met early disaster in the top of the first inning, allowing a leadoff double, then got two outs while issuing two walks to load the bases.

That brought up Boston’s designated hitter, J.D. Martinez, to the plate, and he delivered a crushing blow to Houston, launching a grand slam to put the Red Sox up 4-0 before Houston could even get to the plate.

Houston right-hander Jose Urquidy is set to make his postseason debut in a critical spot as he starts Game 3. The 26-year-old had been in line to start Game 4 of the team’s AL Division Series against the Chicago White Sox before it was rained out.

Urquidy went 8-3 with a 3.62 ERA over 20 starts in the regular season. In his postseason career, he is 1-1 with a 2.81 ERA in eight appearances. It should be an entertaining matchup.

History has shown that Boston does extremely well in the postseason, especially at home, and you would have to imagine it will keep things that way against the Astros in Game 3. Boston was significantly better at home this season (49-32) than on the road (43-38), and it seems that Fenway Park is where every American League team’s playoff hopes go to die this season.

As the series continues and tensions start to rise, the total should possibly go under 9 with both defenses picking up their game. With Boston back on its home field and history on its side, grabbing a valued moneyline of -120 on the Red Sox may be an excellent bet. If both defenses step up, this should be a low-scoring affair. \

Godds Pick/Prediction: Backing the total under 9, the Red Sox 5, Astros 3.