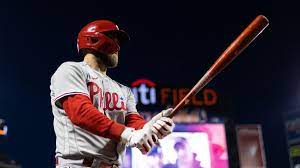 The Los Angeles Angels have dropped the fast pace they had at the start of the season. The Angles are now 27-25 and are second in the AL West. However, the Angels have also been handed their eighth straight loss. With team numbers soaring and no victories coming their way, the Angels must now focus on the start of a new series against the Philadelphia Phillies, which begins this afternoon.

The Angels head over to Philadelphia to face the Phillies for the first time this season. As for Philly, a 22-29 season record has been sufficient to remain in third in the NL East.

The Phillies are looking to catch up with top teams like the Atlanta Braves and the New York Mets. The Phillies now have a perfect chance to keep breaking away from a losing streak and face the Angels with home-field advantage.

The Angels have remained a solid team that has also been characterized as a top seed in the league. Still, with eight straight losses, the Angles have abruptly dropped their pace in recent games.

The Angels have sufficient talent to perform at the highest level. However, a change is needed immediately if they wish to remain as one of the top teams in the AL West Division.

The Phillies have the perfect chance to get ahead of the Angels tonight. Philadelphia has dropped a five-game losing streak with a solid 6-5 win over the San Francisco Giants in their last game of the series against the California lineup.

This allowed the Phillies to resume their positive numbers. Once again, with home-field advantage, the Philadelphia team is now expecting to take advantage of the Angels’ losing streak and drive a wedge that could allow them to climb higher in the NL East standings.

For the Phillies, Bryce Harper, who still leads the team with a .303 batting average and 32 runs batted in for Philadelphia, has contributed to the team’s offense by adding 12 home runs.

The Angeles will step into Citizen Bank Park with an even 12-12 road record. So far, the Angels have had a solid season, but not good enough to break away from their current losing streak. As for the Phillies, their season has been somewhat inconsistent, and as the third overall team in the NL East, they are hoping for solid wins.

However, with eight straight losses, the Angels might be in the ideal spot for the Phillies to make the most of today’s game against a lineup that could continue to lose games.
Godds Pick/Prediction: The Angels to win and the over hits.