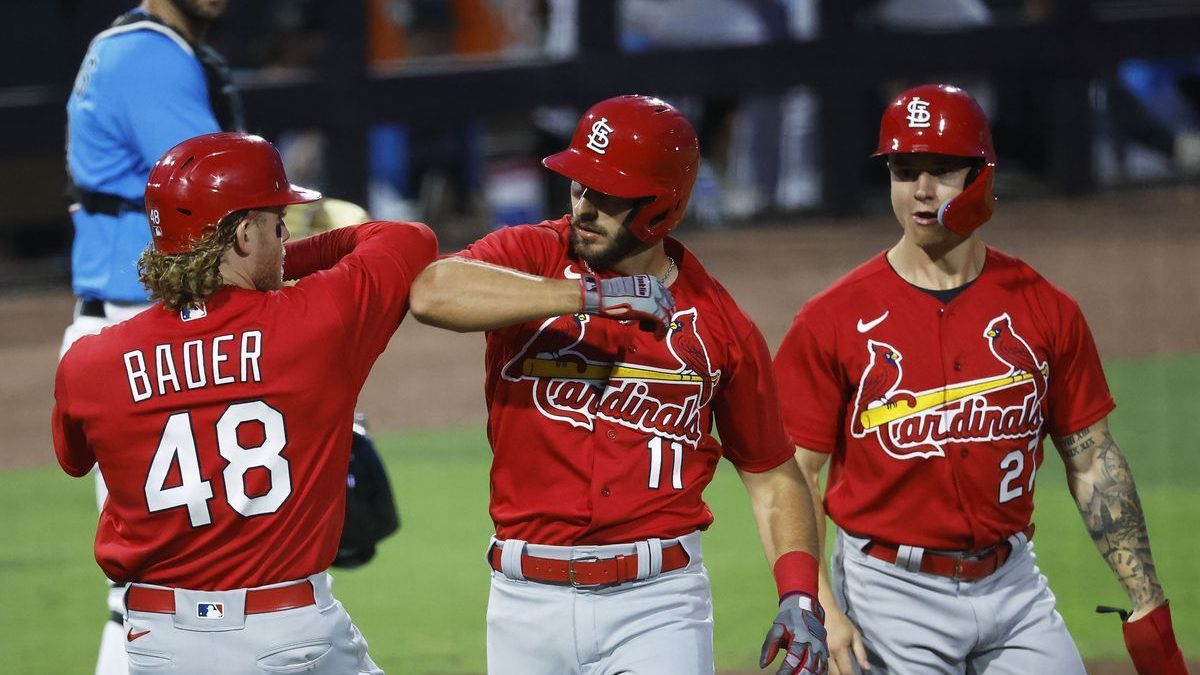 The Marlins and Cardinals will begin a three-game set tonight at Busch Stadium. Miami is 33-38 on the season and sits 12.5 games behind the division-leading New York Mets in the NL East.

Since they swept the Colorado Rockies, the Marlins lost two of three games to New York. St. Louis has been in a battle for the top of the NL Central with a 41-34 record.

They’re just one game behind the Milwaukee Brewers in the standings but are just 4-6 in their last ten games. They lost two of three in their previous series against the Chicago Cubs to fall back into second place.

Marlins Fail To Make Up Ground

Miami had the perfect opportunity to close the distance between themselves and the first-place Mets over the last two weeks.

New York has been their opponents for seven of the last ten games, but they managed to get only two wins against them. However, they salvaged a victory against the Mets last night in a 3-2 win. Jazz Chisholm Jr. leads the Marlins in home runs with 14 and RBIs with 45 this season.

Garrett Cooper is the team leader in batting average, hitting .307. Sandy Alcantara has been dominating opposing hitters all season and is at the top of the Miami pitching staff with seven wins.

St. Louis is in an ongoing battle at the top of the NL Central with the Milwaukee Brewers.

The Cards recently fell out of first place after losing two games over the weekend and hope to put together a few victories and overtake their rivals, who have won two straight games. They have one of the best home records in the league at 22-15 coming into the series with Miami.

Paul Goldschmidt continues as one of the top players at the plate in the Majors. He’s second in batting average at .337, is tied for ninth with 18 home runs, and is third in RBIs with 62. Goldschmidt is also number three in OPS at 1.043.

Miles Mikolas leads all major categories on the mound for St. Louis and is 5-5 with a 2.57 ERA and 78 strikeouts. He’s also ninth in the league in WHIP at 0.96. Adam Wainwright gets the start for the Cards tonight and is 5-5 with a 3.32 ERA.

The Cards are favorites on their home field in this close pitching matchup and hope to get back into the win column to put some pressure on the division leaders.

On the other hand, Miami is looking for their second straight win as they slowly move up in the NL East standings.