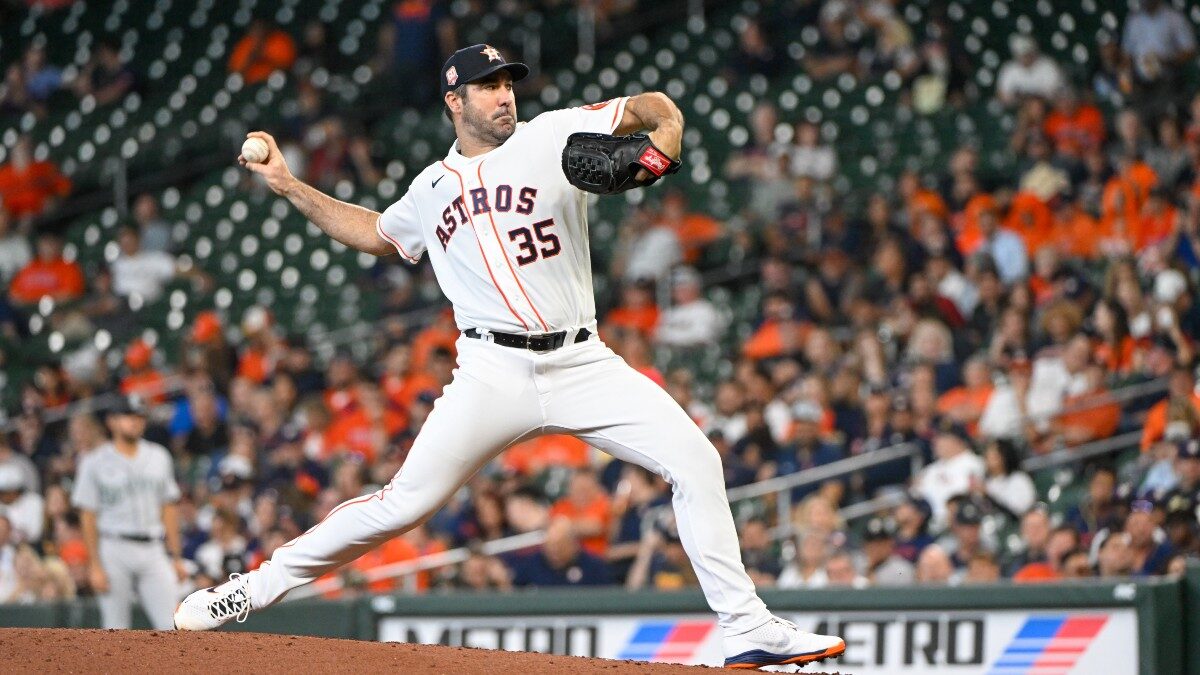 HOUSTON, TX - MAY 04: Houston Astros starting pitcher Justin Verlander (35) delivers a pitch during the baseball game between the Seattle Mariners and Houston Astros at Minute Maid Park on May 4, 2022 in Houston, TX. (Photo by Ken Murray/Icon Sportswire)

The New York Yankees took the first hit in the American League Championship Series, losing 4-2 to the Astros last night. However, the Yankees are not ready to give up just yet.

With another road game tonight, the Yankees are expecting to strike back before the series heads to New York. The Yankees go to Minute Maid Park and match up against the Houston Astros this evening for Game 2 of the ALCS.

The Astros didn’t just prove capable of defending their home advantage. They showed why they are the best team with a solid home victory last night. Houston is looking to make the most of their second home game before the series heads to the Bronx, where they might struggle to top the Yankees.

Judge’s Yankees After a Quick Comeback

There is no question there is still time left for the Yankees to stage a strong comeback. Yet, with tonight’s game just around the corner, there isn’t much time for New York to think.

With a 4-2 loss against the Astros, the Yankees proved that they are still suffering from defensive mistakes and that their offense must simply push just a bit harder.

That is why the Yankees will count on Aaron Judge to lead New York back to a win before heading to Yankee Stadium. Judge continues to lead the Yankees with a .311 batting average, 62 home runs, and 131 runs batted in.

Alvarez’s Astros After a Solid Lead

The Astros accomplished exactly what they were looking to do last night. Houston managed to pull a 4-2 win over the Yankees thanks to a solid offensive and defensive effort that allowed the team to keep a grip on their rivals.

Yordan Alvarez was key and continues to lead the Astros with a .306 batting average and 37 home runs. However, the solid effort did not just come from the offensive side but also from a solid defensive strategy.

In pitching, Justin Verlander has remained on top of his game and is now leading Houston with a 1.75 earned run average and 18 wins.

The Yankees are now heading to Houston to prove that they can pull a solid comeback even against odds and just as they did to get to this the ALCS. New York is now second overall in the league with 807 runs and fifth with a .325 on-base percentage.

The Astros, on the other hand, keep proving that pitching is their strong suit. Houston is still number one in the league with 94 quality starts and second overall with a 2.90 earned run average and a 1.90 WHIP.

No matter how hard the Yankees strike today, it seems as if the Astros are not ready to let another chance of pulling a win go to waste, especially not at their home field.