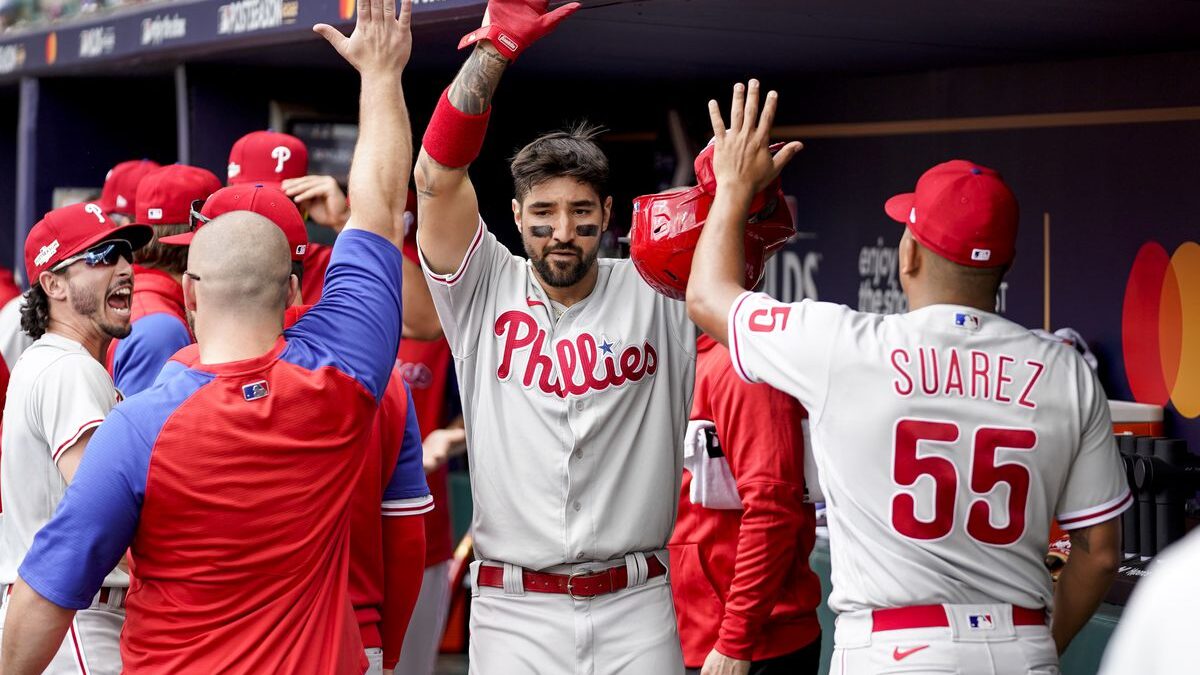 The Philadelphia Phillies made it into the postseason and against some degree of resistance. The Phillies made it as the third seed in the AL East Division and had to face the St. Louis Cardinals along the way to nail a spot in the Divisional round.

However, the Phillies came on top and are now leading their current postseason series as they head for game two. The Phillies are now set to head to SunTrust Park to face the Atlanta Braves this Wednesday afternoon.

As for the Braves, the team made it into the postseason as the top team in the AL East. That meant that Atlanta made its way past the New York Mets, who had been placed as one of the strongest teams in the league. Now it’s all up to Atlanta to recover a more solid level of performance to recover from a loss in Game 1 and power through Philadelphia, starting today.

It almost seems that the Phillies have fooled the odds more than twice now. Philadelphia made it into the Division Series after defeating St. Louis and is now up 1-0 against one of the strongest teams in the league.

In Game 1, Philadelphia kept up with their rivals and ultimately pulled a 7-6 win. That is what the Phillies are expecting to do again tonight.

For the Phillies, Kyle Schwarber remains the top player in the offense. Schwarber is now leading Philadelphia with 46 home runs and 94 runs batted in.

Riley’s Braves After a Quick Recovery

The Braves are still the team everyone believes them to be. Not only did they make it to the postseason, but the Braves also proved sufficiently talented to surpass the Mets when New York struck as one of the potential champs for the 2022 season.

Now that the Braves are in the final stages, consistency will keep them afloat. But, unfortunately, a defeat yesterday is not solid proof in their favor. Yet, the Braves still have sufficient time to reverse this situation.

For Atlanta, Austin Riley has become a key leader at the plate. Riley is now leading with 38 home runs, while Matt Olson is now standing with 103 runs batted in.

The Phillies might just be at their best so far season. Philadelphia is heading to Atlanta with a 40-41 road record and is seventh overall in the league with 747 runs.

As for Atlanta, a quick recovery is vital. The Braves are now first in MLB with a .443 slugging percentage and third overall with 789 runs. In pitching, the Braves are also fourth with a .226 BAA and fifth with a 3.46 earned run average.

Everything seems to point to the Braves as the favorite for today’s game. Yet, Philadelphia could always surprise them with a sudden win.