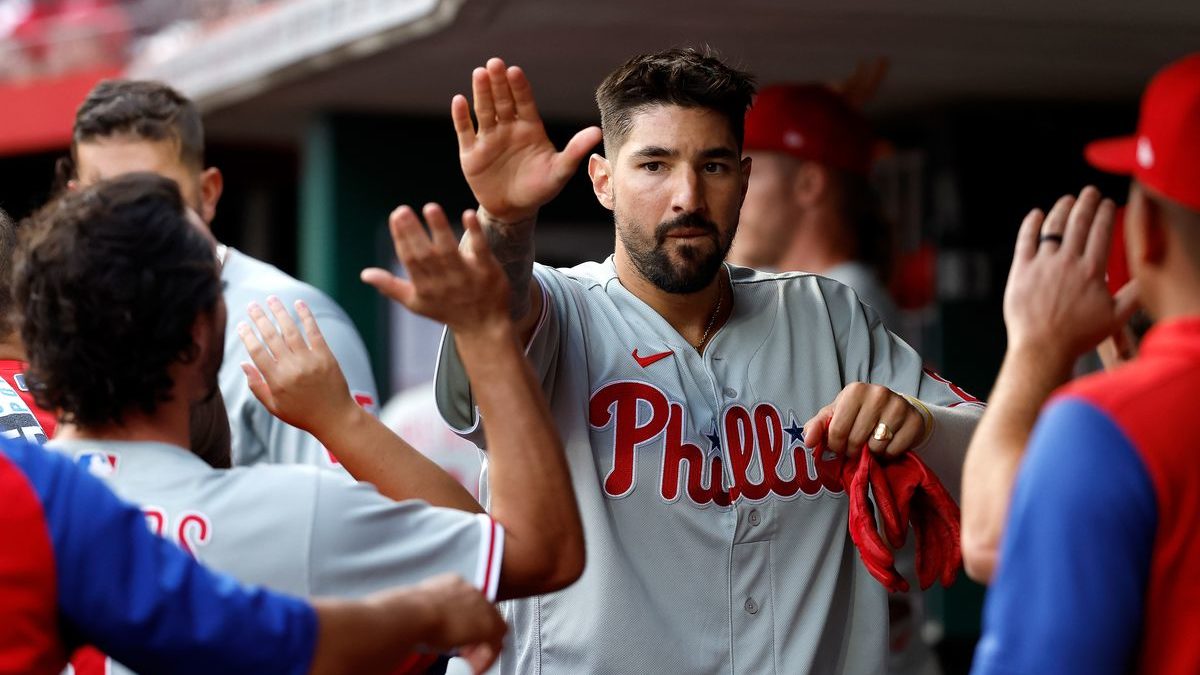 The Phillies and Reds play the second of their three-game series tonight in Cincinnati after Philadelphia came out on top in the first game, 4-3 last night.

Cincinnati has been trading last place at the bottom of the NL Central with the Pittsburgh Pirates for several weeks and is now 18-games behind the division-leading St. Louis Cardinals.

Since a recent four-game winning streak, the Reds have won three of the previous eleven games. They’re currently fourth in the standings, a half-game ahead of the Pirates.

Philadelphia has a solid hold on third place in their division and has made up a little ground on the division-leading Mets in the second half of the season.

Although they’re 2-3 in their last five games, the Phillies have won 13 of their previous 17 games overall. The Mets shut them out in two straight games before their victory over the Reds on Monday.

Kyle Schwarber is the leader on offense for Philadelphia with 34 home runs and 69 RBIs. Alec Bohm is tops in batting average for the Phillies, hitting .287, and Zack Wheeler is the top pitcher in wins with 11 and ERA at 2.92.

Aaron Nola is the team leader in strikeouts with 165 on the season. Kyle Gibson starts the game for the Phillies tonight and is 7-5 with a 4.29 ERA this season.

Reds Still Struggling At The Plate

Not only are the Reds in the midst of another disappointing campaign, but they have also had major problems scoring runs, especially in the second half of the season. They have only scored more than three runs twice in the last fourteen games and are 3-8 in the previous eleven contests.

Brandon Drury has been the best player on offense for the struggling Reds, hitting .274 with 20 home runs and 59 RBIs. Tyler Greene leads Cincinnati in strikeouts with 127, and Tyler Mahle is the team leader in wins with five.

T.J. Zeuch starts the game tonight for the Reds. He is 0-1 and gave up six earned runs in four innings pitched in his only start this season.

The Phillies are the better team in this matchup and have the advantage on the mound in tonight’s game. However, Cincinnati will continue struggling to get on base and will likely be shut down again on offense as they have been by most of the teams they’ve faced recently.

Godds Pick/Prediction: The Phillies will win, and the total goes over.