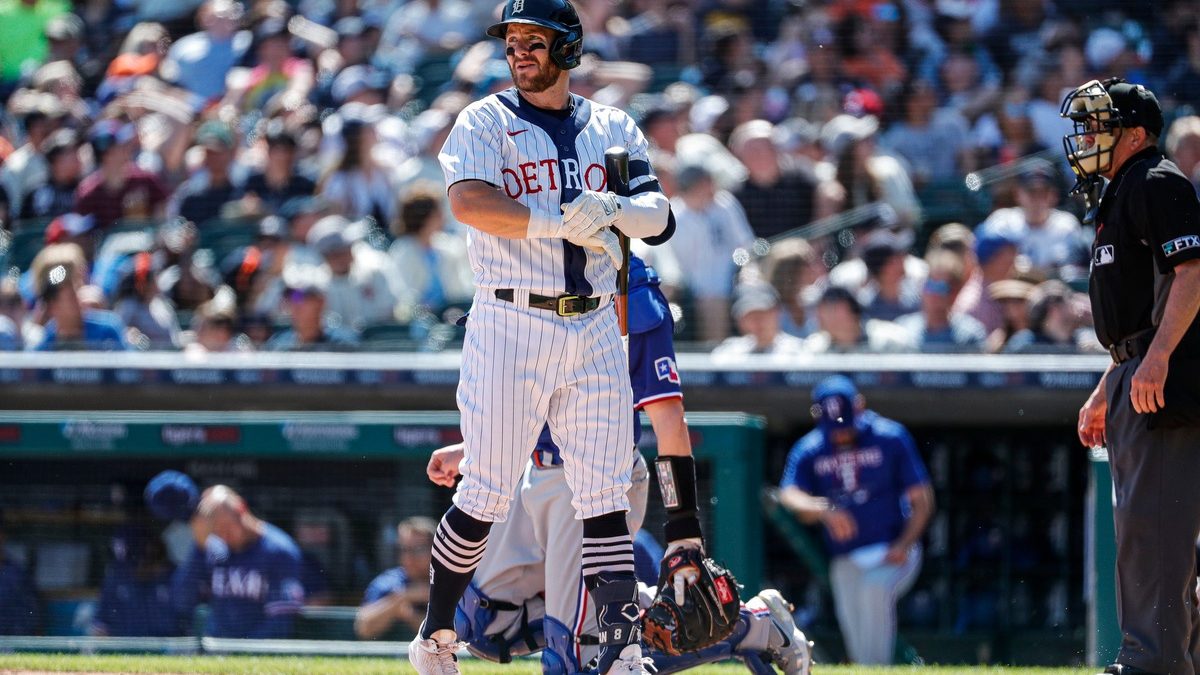 Detroit Tigers left fielder Robbie Grossman (8) preparers to bat against the Texas Rangers during the first inning at Comerica Park in Detroit on Saturday, June 18, 2022.

The San Francisco Giants have stalled for some time now, and moving up in the standings has become a challenge. The Giants are now 60-61 in the NL West Division and still struggling to make it above third place.

However, with rivals such as the San Diego Padres and the Los Angeles Dodgers ahead of them, the Giants will most likely continue to struggle but won’t give up pushing for higher ground.

The Giants are all set to visit the Detroit Tigers at Comerica Park this Tuesday evening. Unfortunately, the Tigers have also failed to see numbers rise. The Tigers are now at the bottom of the AL Central division with a 47-76 season record.

However, just a few steps away from catching up with the fourth-place Kansas City Royals, the Tigers might just have what it takes to start climbing.

Rondon’s Giants After a Season Turnaround

Before their last game against the Colorado Rockies, the Giants went 0-4. The Arizona Diamondbacks handed San Francisco two straight defeats, and two more losses came against the Rockies.

The Giants recovered with a last-minute win against Colorado. However, even before things turned sideways for the Giants, San Francisco went 5-0 and was almost on track to push for the right numbers.

Now, it’s up to top players such as Carlos Rondon to keep leading San Francisco in the right direction and narrow the gap between them and the Padres. Rondon leads San Francisco with a 2.89 earned run average and 179 strikeouts.

Detroit will now attempt to extend a winning streak that may have just begun. The Tigers were able to pull two straight wins against the Los Angeles Angels and are currently on the right track to extending that streak.

For the Tigers, the Royals are the next team to target. Kansas City is now fourth in the AL Central Division with a 50-74 season record. For Detroit, this translates into a three-win gap between them and the Royals.

Detroit will continue to rely on top talent such as Javier Baez, who is now leading the Tigers with a .222 average, 11 home runs, and 45 runs batted in.

The Giants are now 26-23 in road games. San Francisco holds no major dominant state in the league, yet they stand in one of the most competitive divisions in baseball. San Francisco is 1-4 in the last five games and 6-4 in the previous ten.

The Giants might not look like the most unbeatable team, yet they seem to be holding on to a lead that the Tigers might struggle to surpass. As for Detroit, a 28-34 home record must prove sufficient, despite leaning on a negative balance.

The Tigers are now 3-2 in the last five games and 4-6 in the previous ten. If approached correctly, the Giants should see no significant challenge ahead of today’s game to pull a solid victory.