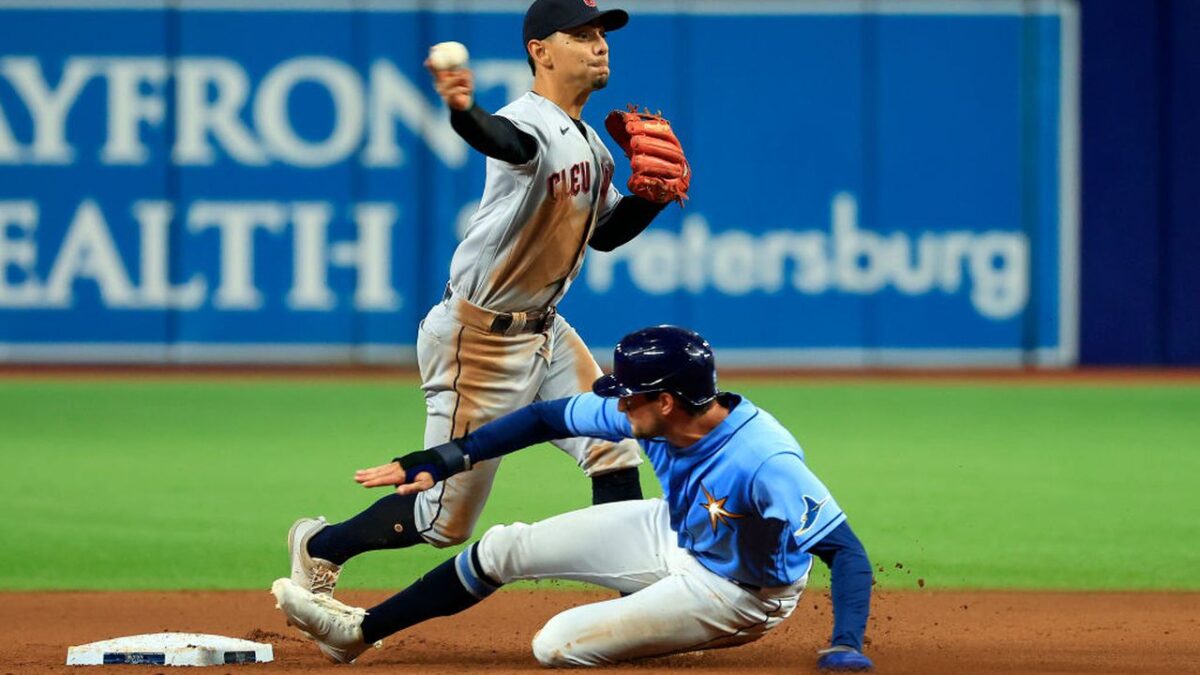 The Rays and Guardians play for the final time this season in Cleveland, starting tonight. Tampa is looking to snap a two-game losing streak as it begins a nine-game road trip to close the regular season.

However, they still haven’t clinched a playoff spot and are currently two games ahead of the Seattle Mariners for the second AL wild card position.

The Guardians are hot at the right time and look to stretch their winning streak to eight games with a victory tonight. Cleveland was in a close battle in the AL Central division at the beginning of the month with the Chicago White Sox and Minnesota Twins.

However, they have been on fire since winning 18 of their last 21 games. They now lead the division by ten games.

Tampa has been struggling as of late, losing five of their last seven games. They split a four-game series with the Toronto Blue Jays this past weekend after being swept at home by the Houston Astros.

Nevertheless, they hold a 4.5-game lead over the Baltimore Orioles in the standings and are still one of the favorites to make it to the postseason.

Randy Azozarena is one of the best for Tampa at the plate, with 20 home runs and 88 RBIs. Yandy Diaz is first on the Rays in batting average at .292 on the season, and Shane McClanahan has been the best pitcher on the Rays’ staff with 12 wins, 192 strikeouts, and a 2.51 ERA to lead all starting pitchers. Corey Kluber looks for his 13th-season victory and brings his 4.30 ERA to the mound in tonight’s start.

Cleveland hopes to continue their recent dominance after clinching the division title on Sunday. Their pitching has been strong all season, and they are ninth in the Majors in batting average at .253.

The Guardians can now relax and hopefully stay focused enough to make things more difficult for Tampa to achieve their goal of making it to the playoffs.

Jose Ramirez has led the Guardians all season at the plate with 28 homers and 117 RBIs. Andres Gimenez is first on the club in batting average at .303, and Cal Quantrill tops the team in wins with 14. Shane Bieber makes the start tonight and is 12-8 with a 2.81 ERA and 189 strikeouts.

The Guardians hope they can keep their intensity after clinching the division title in their last game. Bieber has been dominant in his previous 11 starts and shows no sign of slowing down.

The Rays hope they can turn things around on this road trip and have a chance to play at home again in the postseason.

Godds Pick/Prediction: The Guardians win, and the total stays under.