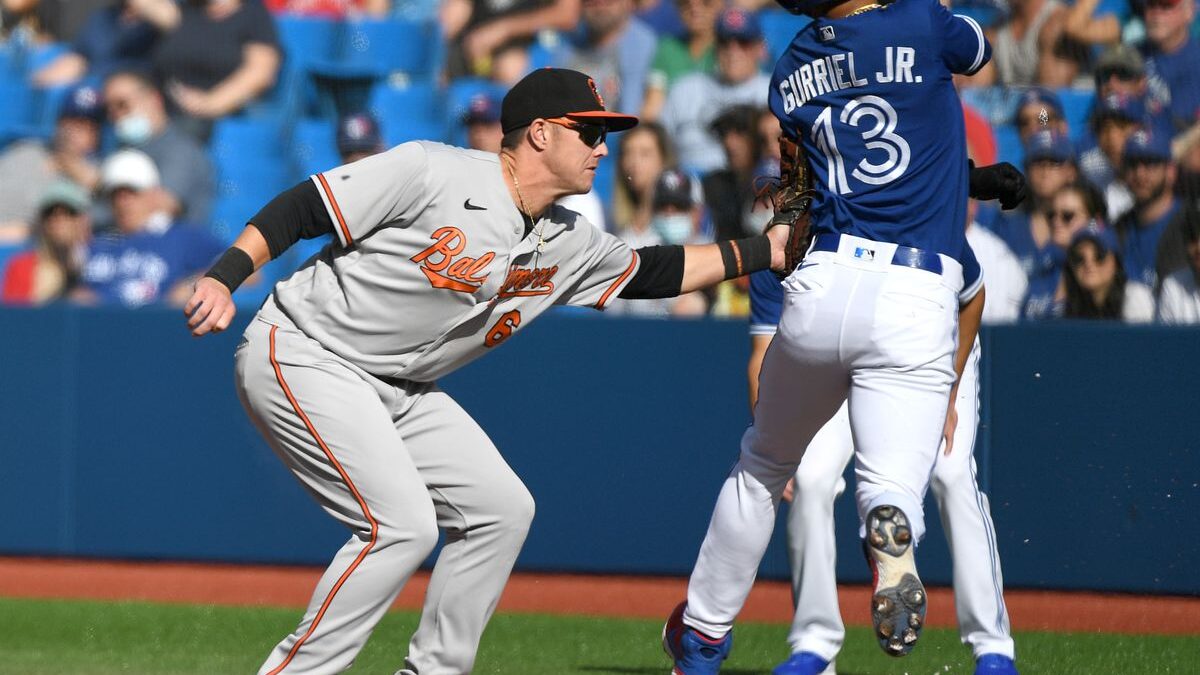 The Blue Jays and Orioles are in the middle of the playoff battle in their division, with only ten games separating first and fourth place. Toronto currently is a half-game behind in the AL wild-card race and is looking for its sixth straight win. Bo Bichette had his first three-homer game leading the Blue Jays to an 8-4 win in the second game of Monday’s doubleheader.

Baltimore is still hanging around the top of the standings but has been up and down in the second half of the season. Since winning eight of their previous ten games, the Orioles have lost three straight at home. They’re now fourth in the AL East Division, 4.5 games behind the Blue Jays.

Toronto Looking for Ninth Straight On The Road

The Blue Jays haven’t played well at home recently, only winning four of their previous 12 games at Rogers Centre. However, their luck has been much better on the road, where they’ve won eight straight and 11 of their last 12 games. A win tonight would also be their fourth straight against the Orioles, who lead the season series 6-5.

Vladimir Guerrero is the top hitter for the Blue Jays, with 27 home runs and 81 RBIs. Lourdes Gurriel Jr. is the best hitter for average for Toronto, hitting .292.

Alek Manoah has 13 wins to lead the pitching staff and has an ERA of 2.48. Kevin Gausman is the team strikeout leader with 170 on the season. Mitch White takes the mound for the Blue Jays tonight and is 1-5 with a 4.67 ERA in 15 starts.

The Orioles are running out of time if they still hope to make the postseason, which is a little over a month away. Their home losing streak continued with Toronto’s sweep of yesterday’s doubleheader. However, their pitching had been outstanding before the start of the current series, as they gave up only 15 runs in the eight games before this three-game losing streak.

Cedric Mullens is one of Baltimore’s leaders at the plate, hitting .292. Anthony Santander is the best long-ball hitter for the Orioles, with 27 home runs and 77 RBIs.

Toronto is making its move in the AL standings and is 14-5 in the last 19 games. The Orioles have been gaining momentum but have suddenly lost three straight at home to fall further in the standings. The Blue Jays have a slight advantage on the mound in tonight’s matchup and should continue their streak on the road.

Godds Pick/Prediction: The Blue Jays will win, and the total goes over.