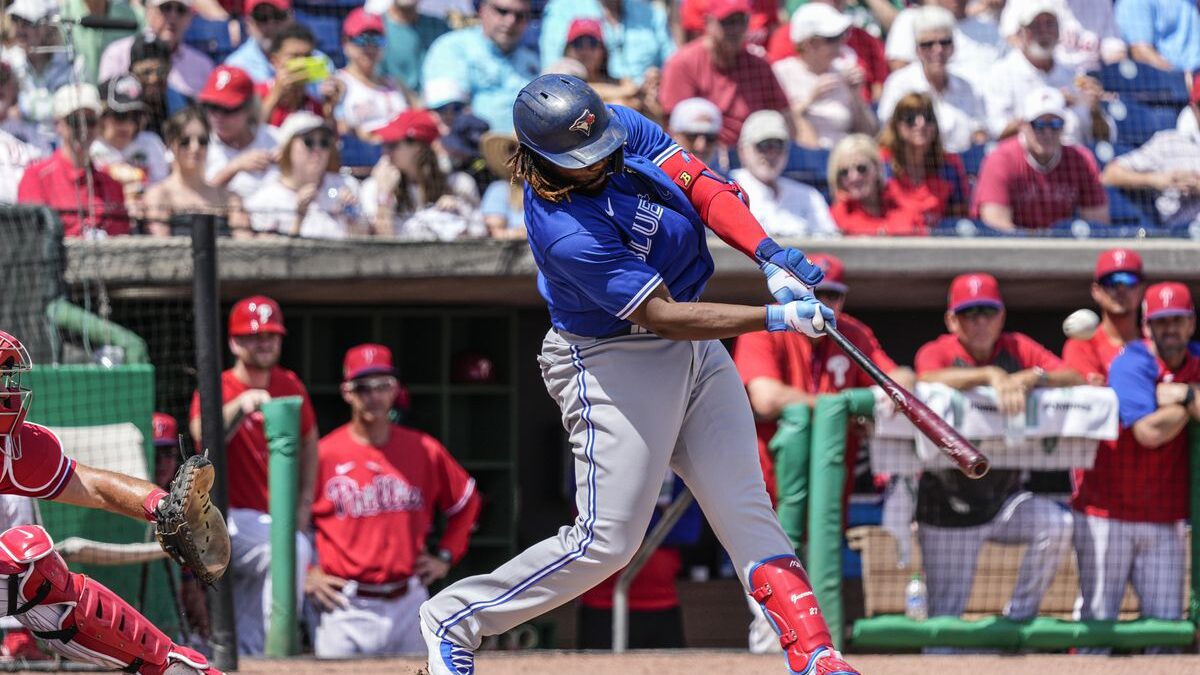 The Blue Jays and Phillies meet for their third game of the season after Toronto took the first two contests against Philadelphia at home back in mid-July.

The Blue Jays are second in the AL East and making a move on the first-place New York Yankees to sit just 5.5 games off the lead in the division standings.

The Phillies are third in the NL East, with 12.5 games separating them from the New York Mets, who are in the first place.

They are in prime position to qualify for the postseason but have lost four straight games and now trail the San Diego Padres by a half-game for the final wild-card spot in the National League.

The Blue Jays recently took over second place from the Tampa Bay Rays in the AL East and barely hang onto the lead over their division rival.

They most recently took two of three games from the Baltimore Orioles after winning three of five from Tampa. They are 15-6 in their last 21 games after being swept by the Los Angeles Angels at home.

Kevin Gausman has 186 strikeouts for the Blue Jays, and Alek Manoah is first on the team in wins with 14 and ERA at 2.40. Ross Stripling goes for win number nine tonight against the Phillies and is 8-4 with a 2.94 ERA.

Just when Philadelphia was making a move to secure a playoff spot, they started struggling and have now lost four straight games, with three defeats coming to the Atlanta Braves as they were swept over the weekend.

The fact is that the Phillies can’t afford to take many more losses with 16 games left in the regular season. They also must get their first season win against Toronto if they want to start moving in the right direction.

Kyle Schwarber is the leader at the plate for the Phillies, with 39 home runs and 81 RBIs, and Alec Bohm is first on the team in batting average at .289.

Zack Wheeler leads Philadelphia pitchers with 11 wins, and Aaron Nola is first in ERA at 3.38 and leads them in strikeouts with 210. Kyle Gibson will go for his 11th win tonight and is 10-6 with a 4.45 ERA on the season.

The Blue Jays have the slight pitching advantage tonight and look to continue their winning momentum on the road, as they’ve won eight of their last ten away from home.

However, the Phillies bats need to wake up tonight if they hope to win. They have scored just 12 runs in the last six games overall.

Godds Pick/Prediction: The Blue Jays win, and the total goes over.