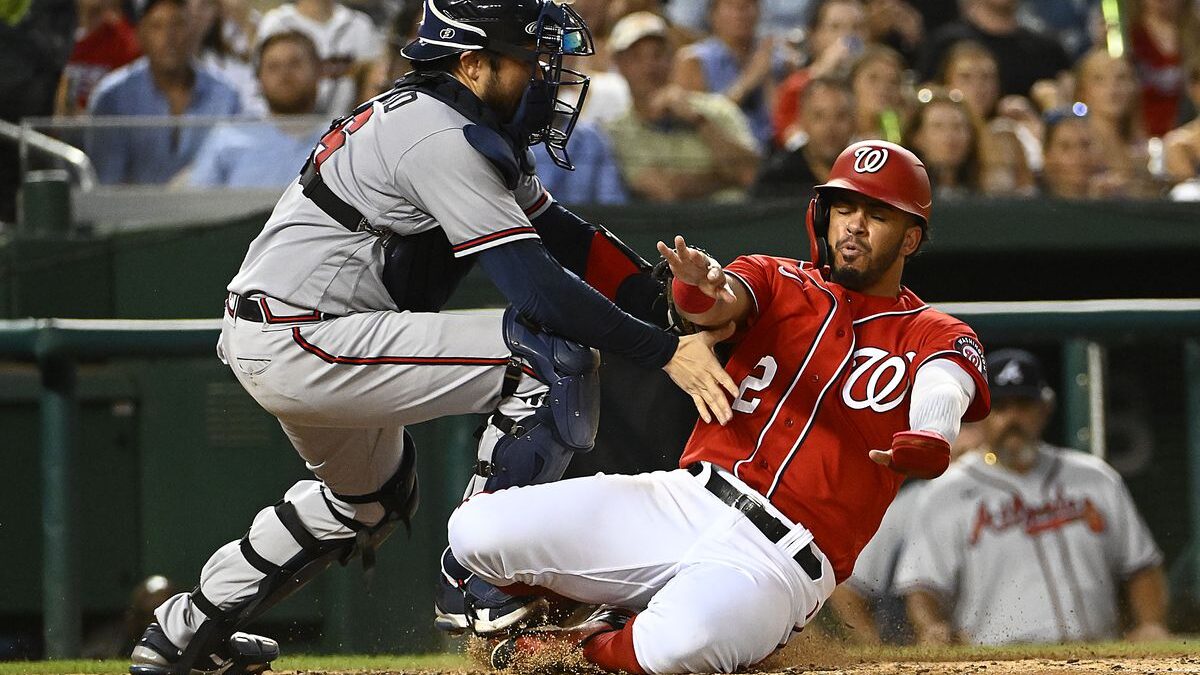 The Nationals and Braves meet again in an NL East matchup starting tonight. Washington is at the bottom of the division at 51-95 and is 41 games out of first place in the standings

The team got rid of slugger Juan Soto before the trade deadline and hasn’t had much motivation to play well since the All-Star break. They are 1.5 games behind the Oakland A’s for the worst record in baseball.

Atlanta is one game behind the division-leading New York Mets and is looking for its fourth straight win. They have been close to taking over the top spot in the division for several weeks but just can’t get over the hump.

They lead the season series over the Nationals 10-3 and had won nine straight against them until Washington took the last matchup.

The Nationals can do nothing but spoil Atlanta’s chances at winning the division when they begin tonight’s series. They are coming off a rare series win against the Miami Marlins over the weekend after taking two of three games to wrap up their last homestand. Washington will now play the next six games on the road, where they have won only 27 times this season.

Lane Thomas leads the Nationals with a .252 batting average, and Nelson Cruz is the team’s RBI leader with 64. Josiah Gray is the best pitcher for Washington this season and leads them with seven wins and 149 strikeouts. Cory Abbott will make his seventh season start and is 0-2 with a 4.37 ERA.

Atlanta briefly took over the first place over the Mets last week but proceeded to lose four of five games and give up their position.

They swept their previous series against the Philadelphia Phillies at home and are looking to do the same against Washington, who they have beaten in nine of the last ten games they’ve faced each other. A win tonight would also be their fifth straight.

Dansby Swanson is the team leader in batting average at .280, and Austin Riley leads them in home runs with 36. Matt Olsen is first on the team in RBIs with 91.

Max Fried is the top pitcher for Atlanta in ERA at 2.52, and Spencer Strider is first in strikeouts with 202. Kyle Wright is going for his 19th win tonight and holds a 3.18 ERA for the Braves this season.

With Wright making the start tonight for Atlanta, there’s no reason to think Washington can do anything but lose to the Braves again tonight. Abbott was solid this season coming out of the bullpen, where he has a 2.00 ERA but has a 5.19 ERA as a starter in six appearances.

Godds Pick/Prediction: The Braves win, and the total goes over.