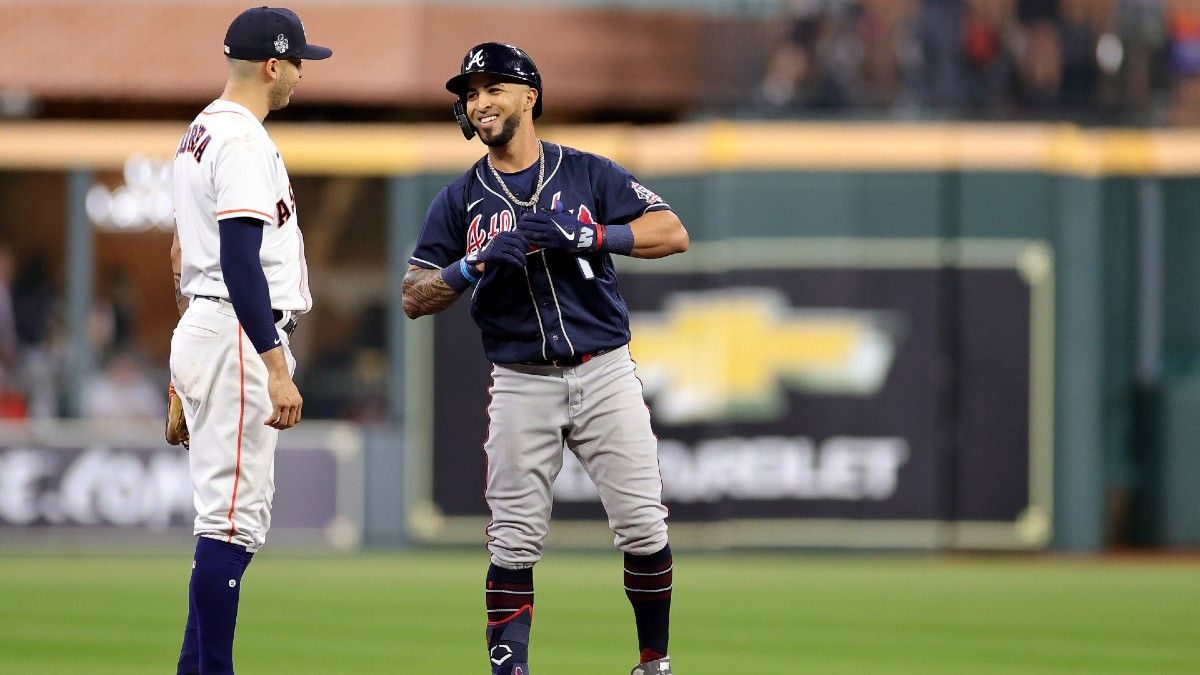 The championship series is still in progress, with Game 3 set for the run on the MLB title. The maximum achievement in baseball is still on the line for the Braves and the Astros. For this third chapter, the Braves are welcoming the Astros at home, where they have won 10 of their last 11 games, and the last time that they lost there was on October 1.

The Braves suffered a great loss in game one when the number 50 Charlie Morton got injured and will not be able to continue opening for his team, leaving the open spot to Ian Anderson, who will now be in charge of delivering the ball as a starter.

Anderson has only made 30 career starts, and Friday night will be his first start at any World Series. For the opposing team, Luis Garcia and his most unforgiving fastball will be the puzzle to solve for the Braves coming into this game.

The Braves have made it into the World Series, and this next game that is number three in this championship series is coming to Truist Park. Looking at the records for the Braves playing at home, they are 5-0, showing a better team than when they play as a visitor, no surprise that the fans have showed up and gave all their support and energy to this baseball team that in case they continue their positive behavior like this, will bring home the trophy for the south.

The consistency that this team has shown against what they also have been able to do on the road plays a key component to this WS that is already packed with a lot of uncertainties making it one of the most intriguing matchups to fight for baseball glory.

The starting new pitcher already has a name in it, and the Astros are taking the upcoming rookie pitcher Luis Garcia to put game number three at ease with his extraordinary fast throw.

The right-hander currently has an ERA of 3.30 for this year, with a record of 11-8, and has patented the fastball as his deadly weapon to continue to use against the Braves when they come and pay a visit to them on Friday.

Garcia averaged a 90.9 mph this season that jumped later on to 93.4 mph. As if this was not fast enough, his four-seamer averaged 96 mph and then reached 97 mph eight times, as well.

The major concern with his technique is to be out of the strike zone, a topic the Astros manager Dusty Baker has already brought up and discussed along the way, making a leap of faith to the young pitcher to remain disciplined when throwing the ball and continue to hit the correct zone to get those swings-and-misses.

The odds appear to be very discretional into this WS game three for the Braves and Astros; having the visitor team surprise in their first encounter and getting the win on the road appears to have given a slight advantage for the Braves.

They are now welcoming the Astros to their backyard to add the wins that can put the series to rest. Their current numbers playing as a home team favor the win as well, and the Astros are up for it.

The Braves are taking this game at home and will continue their excellent record playing there in recent history, the fans and public, in general, is very excited to see this team back in the WS championship games, and that will play an important factor since they will bring this energy to a team that knows how to absorb it.