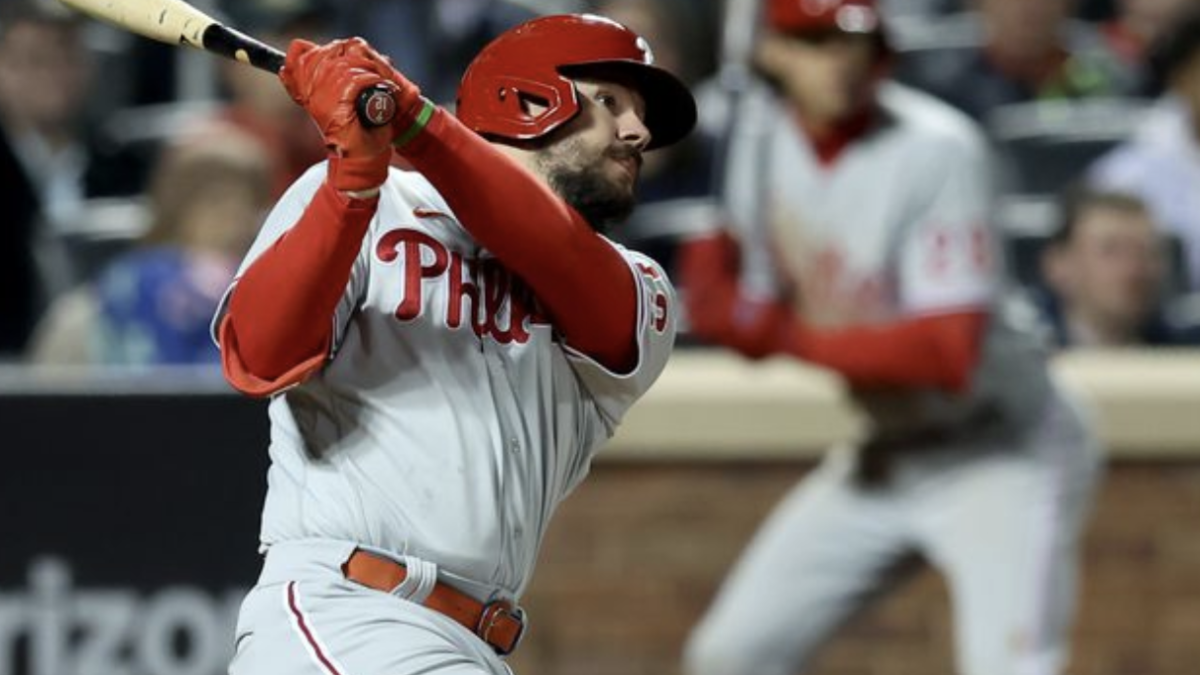 The Phillies and Mets play the final game of their three-game series tonight. The Phillies have lost all games against their division rivals this season.

The New York Mets and Philadelphia Phillies return to Citi Field this evening to resume their weekend series. Philadelphia hopes to reach the .500 mark with a 21-26 record and is 9.5 games behind the first-place Mets in the NL East standings. New York stands at 31-17 on the season, which is the second-best record in the league.

The Phillies most recently split a four-game series with the Braves and failed to make up any ground on them in the standings and still trail them by one game.

They dropped last night’s against the Mets 8-2 after coming back to take a 2-1 lead in the fourth inning. New York then scored three runs in the bottom of the frame and didn’t trail for the rest of the game.

Phillies More Productive on the Road

Philadelphia has failed to make up any ground on either of the two teams ahead of them in the NL East. They’ve already lost four series to the Mets, including this one, and are 3-8 overall against them this season, which is a big reason they’re in third place in the division. After this series, the Phillies won’t have to face the Mets again until August.

The Phillies are 10-12 on the road and have also scored more runs, averaging 5.3 per game away from Citizens Bank Park, where they only score 3.8 runs per game. They’re hoping to continue that trend and expect they can score enough to get a victory tonight.

Bryce Harper is still producing despite a shoulder injury that has him playing DH recently. He’s hitting .454 with 12 RBIs in his last ten games at the plate.

The Mets recently dropped a three-game series against the San Francisco Giants and have slowed down considerably after their hot season start. They’re still dealing with injuries to their two All-Star pitchers, Jacob deGrom and Max Scherzer, and have had to make a few changes to their starting rotation.

Chris Bassitt will get his tenth start for the season for New York and was shaky in his last game, giving up eight runs in 4.1 innings pitched against the San Francisco Giants on Tuesday. He has faced the Phillies once this season, giving up one run in 5.2 innings as the Mets got the 6-1 victory.

The Mets have the slight pitching advantage as Philadelphia sends Zack Wheeler and his 3.38 ERA to the mound to face New York. The Phillies hope their bats can come alive again tonight to make up some ground on the division leaders.