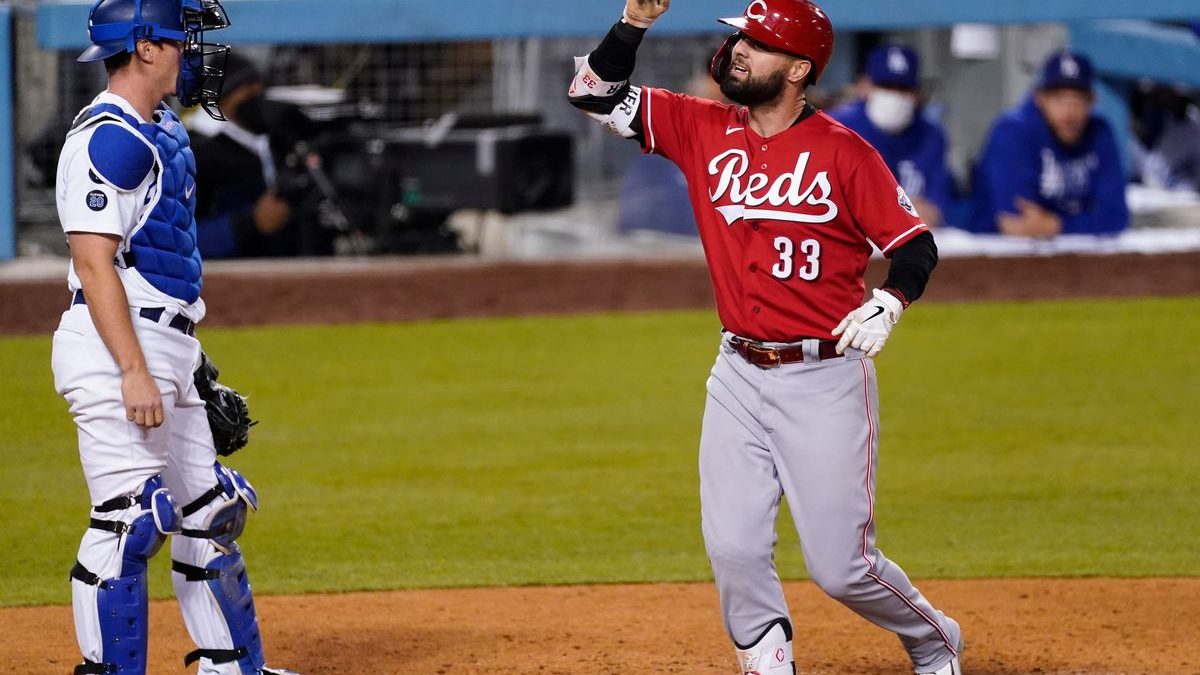 Reds and Dodgers on Friday Night

Just after getting back on track with a win on Thursday, things don’t get any easier for the Cincinnati Reds, who play host to the Los Angeles Dodgers on Friday night. The two teams could potentially meet again in the Wild Card Game, as LA is secured of at least a Wild Card spot while the Reds are fighting to get the second spot. However, both teams appear to be heading in different directions at the moment.

According to Sportsbooks, the Dodgers are road favorites with a moneyline of -175. Meanwhile, the Reds have a moneyline of +155. The over/under for the game is listed at 8.5 runs.

The Reds got a much-needed win on Thursday to avoid getting swept by the last-place Pirates. However, Cincinnati is just 5-9 in September, which is not the sign of a team that’s going to the postseason. Despite that losing stretch, they are still just one game behind the Cardinals in the Wild Card race despite St. Louis winning five in a row.

Meanwhile, the Dodgers have officially clinched at least a Wild Card spot thanks to a six-game winning streak. Of course, they would prefer to win the NL West and trail the Giants by just one game, with San Francisco losing two in a row. But if the Dodgers can’t overcome the Giants, they’ll be stuck in a one-game playoff, potentially against the Reds.

Walker Buehler will get the start for the Dodgers on Friday as he tries to put the finishing touches on his Cy Young campaign. In his 29 starts this season, Buehler is 14-3 with a 2.32 ERA and a 0.95 WHIP, both of which are better than his career averages. However, Buehler did give up six runs over three innings against the Giants two starts ago, so he is far from invincible.

Alas, the Cincinnati lineup that we’ve seen in September is nothing like the team we’ve seen all season. With Jesse Winker on the IL, the Reds have been a subpar offensive team, averaging just 2.7 runs per game over their last ten games. Jonathan India has done his best to keep it going at the top of the lineup, but Nick Castellanos and Joey Votto have fallen off in September, leaving the Reds without any impact bats in the middle of their lineup.

With the offense sputtering, the Reds will need something special from Luis Castillo on Friday. Despite being 7-15 with a 4.24 ERA over 30 starts this year, Castillo has been something special during the second half of the season. However, he’s hit another speed bump recently, going four straight starts without recording a win.

Meanwhile, the Dodgers are starting to catch fire, winning six in a row and eight of 10. The LA lineup has averaged 5.1 runs per game over the last ten games, which is in line with what we’ve expected from the Dodgers all season. Mookie Betts is finally playing like a former MVP, although he’s getting plenty of help from the likes of Justin Turner, Max Muncy, and Gavin Lux.

Not in the Cards

A month ago, the Reds would have seemed like a valuable underdog selection against the mighty Dodgers. But this is no longer a good bet with the woeful Cincinnati lineup facing Buehler. Bet on the Dodgers to win the series opener on Friday.

At the same time, Castillo has the stuff to keep the LA lineup under wraps for at least five or six innings. The Reds will be lucky to get one or two runs against Buehler, so there won’t be pressure on the Dodgers to score a lot of runs. Considering taking the under on 8.5 runs in this game.