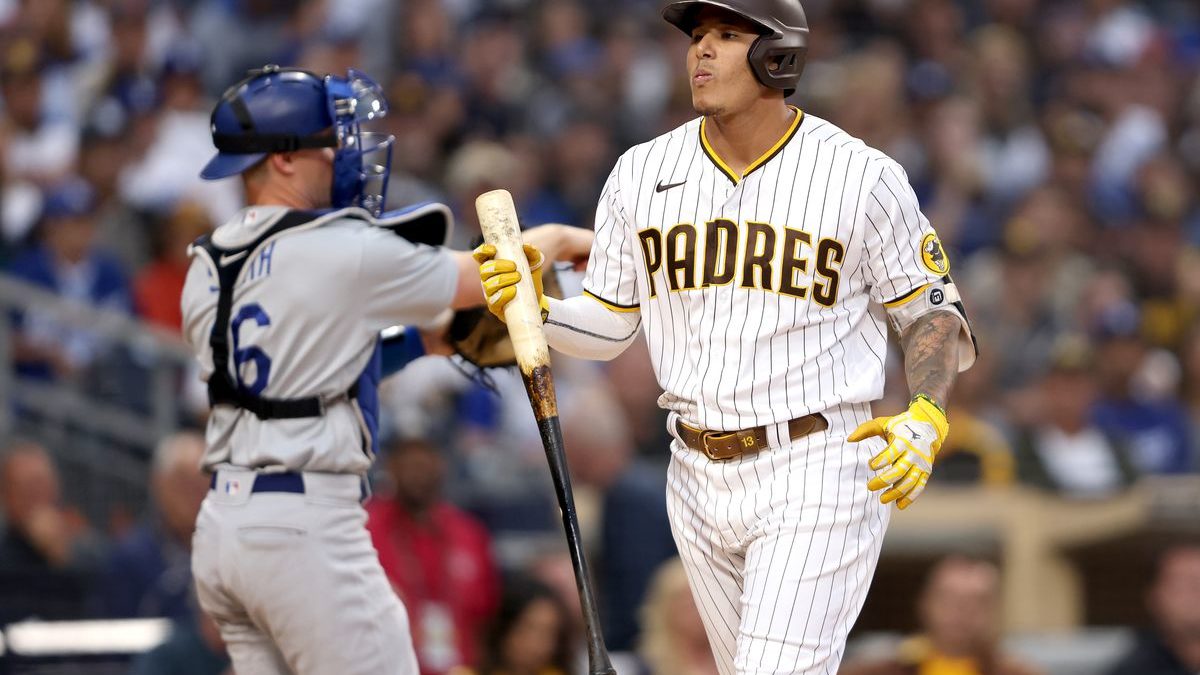 The Padres and Dodgers play the final game of their three-game series as LA goes for the sweep. The Padres face their fourth straight loss if they do. Continue reading Padres vs Dodgers Betting Picks.

The Padres and Dodgers complete their weekend series this afternoon at Dodger Stadium.

The Padres hope to get back on the winning track after their blockbuster deal to acquire Josh Bell and Juan Soto from the Washington Nationals before the trade deadline. They trail Los Angeles in the NL West standings by 14.5 games after dropping the series’ first two games.

Los Angeles seems unbeatable in this second half of the season and will be going for their eighth straight win.

They are also 14-3 overall since the All-Star break and have been the hottest team in baseball for the last month. A win tonight against the Padres would make them the first team in the Majors to reach the 75-win mark.

The Padres can only hope to secure a wild-card playoff spot as it looks like no other teams will have a chance to contend for first place in the NL West.

First, however, they must find a way to improve their recent record on the road, where they have lost eight of the last 12 games. They currently have a 7.5-game lead over the San Francisco Giants, who are third in the standings.

Manny Machado continues to lead all offensive categories for the Padres, hitting .293 with 19 home runs and 60 RBIs. Joe Musgrove is the team leader in ERA at 3.00, and Yu Darvish has a 10-4 record and 127 strikeouts, which is the best on the staff. He brings a 3.30 ERA to the mound as he makes the start tonight.

The Dodgers have been relentless in pursuing the NL West title and have shot past the New York Yankees to hold the best baseball record at 74-33, which is 4.5 games better than the team from the Bronx. They also go for their eighth straight win today and are 21-4 in their last 25 games overall.

Freddie Freeman is third in the NL and leads the Dodgers with a .322 batting average. Mookie Betts is the team’s home run leader with 25, and Trea Turner has 77 RBIs so far this season.

Tony Gonsolin leads LA in wins with 13 and ERA at 2.30, and Julio Urias is the top pitcher in strikeouts with 109. Tyler Anderson has been dominating opposing hitters this season and takes the mound for the Dodgers with a 12-1 record and 2.89 ERA.

The total has gone over in five of the last six games on the road for San Diego, and they are 2-16 in their previous 18 games against the Dodgers.

Los Angeles is 14-2 in their last 16 home games, and the total has gone over in four of their previous six games.

This game features a great pitching matchup, with the slight advantage going to the Dodgers.

San Diego is just 1-3 since making one of the biggest deals at the trade deadline in MLB history and hopes to make a run at the Dodgers to challenge them for the division title before the end of the regular season.