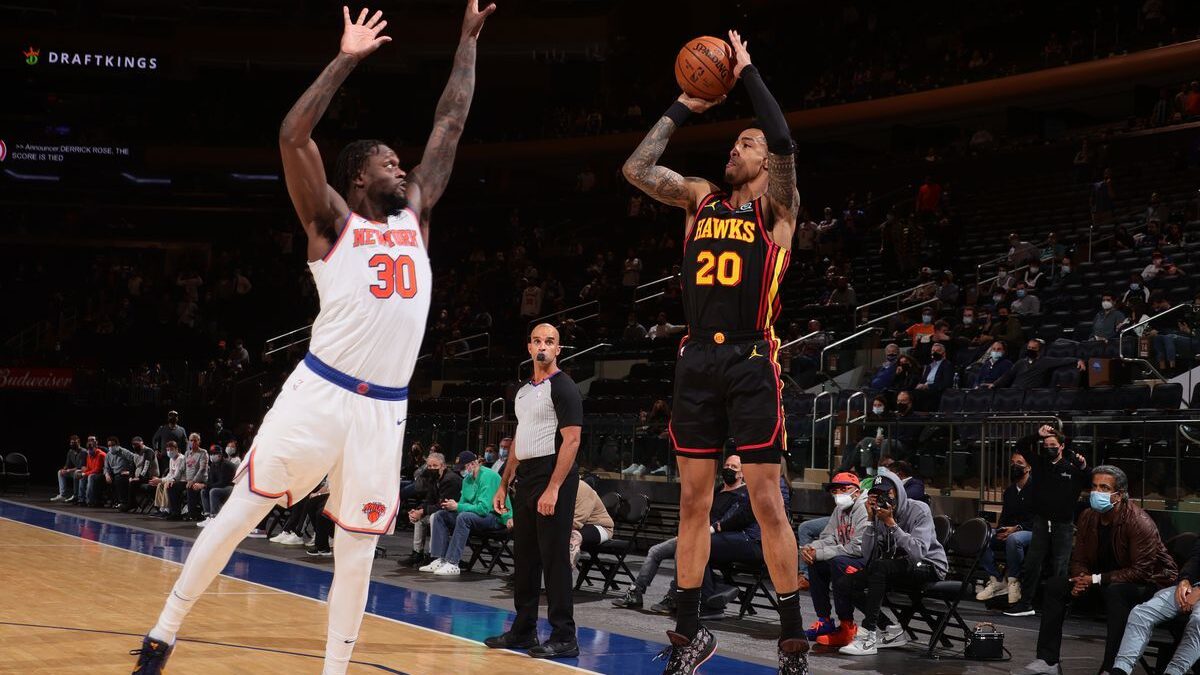 The Hawks and Knicks meet tonight in an Eastern Conference battle on Wednesday night. Atlanta is 13-11 on the season and has a two-game lead over the Washington Wizards in the Southeast Division. After winning two straight games, Atlanta lost to the Oklahoma City Thunder at home on Monday night to drop to 8-5 at State Farm Arena.

The Knicks have been slumping recently, going 3-6 in their last nine games. They were able to break a five-game home losing streak on Sunday night to move closer to evening their season record.

New York is last in the Atlantic Division standings and trails the Boston Celtics by 8.5 games. The Knicks lost to the Hawks at home 112-99 in their first meeting at the start of November in this same building.

Atlanta will try to recover from its second home loss in the previous three games against the Knicks tonight. The Hawks are still the fourth-ranked team in the Eastern Conference with a 13-11 record and need to improve their defense if they hope to make an impact in the postseason. They also would like to better their 5-6 record on the road tonight.

Trae Young leads Atlanta in scoring with 27.6 points per game and is the team’s assists leader with 9.6, which is second in the NBA. Clint Capela is the top rebounder for the Hawks, with 12.2 per game. Dejounte Murray is the second-leading scorer for Altlanta, averaging 21.5 points per game.

Knicks Need To Improve At Home

New York had a decent start to the season but is now 13-11 and at the bottom of the division after losing two of the first three games of the current homestand. They lost two straight at home to the Milwaukee Bucks and Dallas Mavericks before getting a victory against the Cavaliers 92-81 on Sunday. They are now just 5-7 on their home floor after starting the season with three wins in a row at Madison Square Garden.

Julius Randle is the top scorer for New York with 21.1 points per game and also leads them in rebounding with 8.5 per contest. Jalen Brunson is leading the team in assists with 6.5 per night and is second on the team in scoring with 20.0 points per game.

The Knicks have recently struggled on offense, scoring less than 104 points in three straight games after putting up 140 against the Pistons. They’ve shot just 45% during that stretch while shooting 25% from three-point range.

The Hawks have also struggled recently but have continued to produce on offense, averaging more than 118 points in their last three matchups. They also do a good job protecting the paint and won’t give up many easy scoring chances.

Godds Pick/Prediction: The Hawks win, and the total stays under.