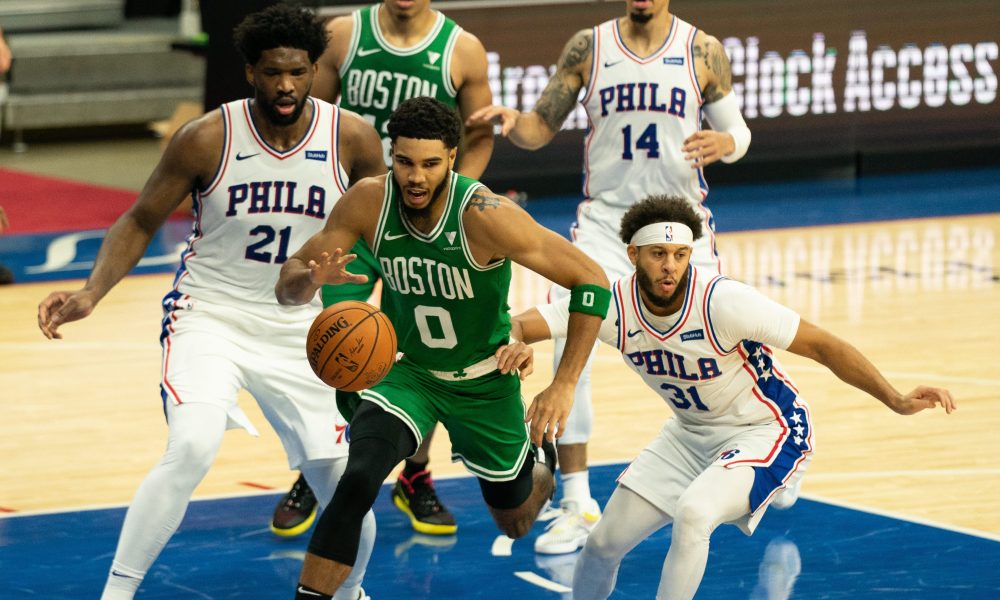 The Boston Celtics are on a roll. With eight consecutive wins, the team is unlikely to let go of its recent streak. It’s in second place in the Atlantic Division, right behind their upcoming Tuesday night rivals.

For the Celtics, there is just one slight step keeping them from the lead spot of the Atlantic Division. A win will allow Philadelphia to slightly widen the two-game difference, keeping the squad ahead in the division standings.

With a 34-22 season record, the 76ers are set to keep pushing higher in the conference. A win over their closest contenders might just prove the team is ready to keep climbing.

Tatum’s Celtics to Fight for The Top of the Division

The Celtics are now trailing with a 33-25 season record. Although they have remained in second place in the division, they are still barely holding on to the sixth spot of the Eastern Conference. That has allowed the team to remain in the qualifying zone for the playoffs.

The team has managed to rely on top talent such as Jayson Tatum. The forward has been able to lead the team with 25.7 points. Marcus Williams has added 5.4 assists and 1.9 steals, followed by Robert Williams III on the defensive end with 9.7 rebounds and 2.2. blocks per game.

The Celtics are 18th in the league with 108.4 points and 20th with 23.4 assists per game. Yet, the team has reached the second overall spot with 46.8 rebounds per game. On this front, Boston has been dominant.

Embiid’s 76ers to Keep Boston Away from Top of Division

The 76ers have been as consistent as Boston lately, yet they have remained at the top of division standings. The team is now 3-2 in the last five games. This has allowed Philly to stay in the fourth spot of the Eastern Conference.

To contend against top seeds is no easy feat. Yet, Joel Embiid has kept the team on track by leading the 76ers with 29.5 points, 11.2 rebounds, and 1.5 blocks per game. On all fronts, Embiid has been the leading player for Philly.

This hard effort has kept the 76ers just three wins away from the conference-leading Miami Heat. Having recently surpassed top teams like the Milwaukee Bucks, the goal is to keep the Celtics away from taking over the top division spot.

The Celtics are now ready to fight for the top spot in the division. Yet, surpassing Philadelphia’s current lineup might just be out of their reach. For the Celtics, the total has gone under in five of their last six games. As for the 76ers, the total has also gone under yet in six of their previous nine games.

The Celtics might be on a roll and may just have what it takes to surpass the 76ers. Yet, beating a top seed that is now closer to the conference’s top might not come as an easy feat. Tonight’s game might just settle which team will stand as one of the top seeds to watch as the playoffs approach.