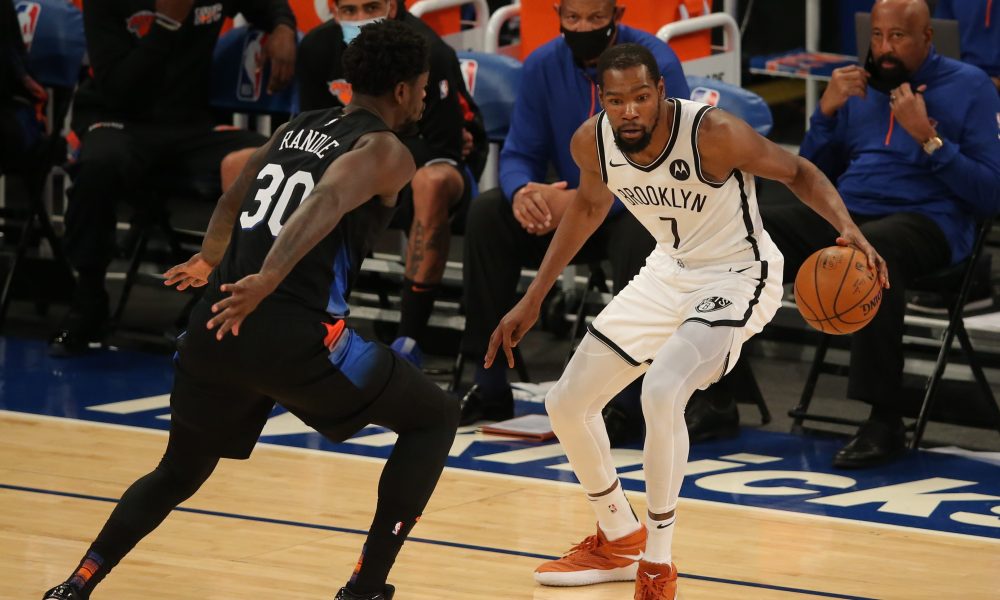 The Brooklyn Nets have descended beyond anyone’s expectations. From standing as one of the top teams in the Eastern Conference to fourth in the Atlantic Division, Brooklyn might still be unwilling to give up.

Getting a win after a disastrous streak might just have given the Nets hopes of climbing once again. Brooklyn will need to pull a solid win over their NYC rivals this Wednesday night at Madison Square Garden to continue doing so.

To break away from an 11-game losing streak is no easy challenge, and the Nets have just overcome that. For the Knicks, the inconsistency has not been as steep. Yet, their lack of solid gameplay has been reflected throughout the entire season.

The Knicks are now attempting to leave a losing streak behind. They have a perfect chance to surpass one of their closest rivals and once again try to turn things around.

Nets to Strive for a Quick Climb

For Brooklyn, It’s no easy challenge to overcome eleven straight defeats. Yet, to do so, top talent is always required. In that department, the Nets are not the exception.

Kyrie Irving leads active players for Brooklyn with 24.1 points and 5.4 assists. Although this is a road game, he won’t play tonight because the matchup is in New York City, where he is not permitted yet to play because of his unvaccinated status.

With Kevin Durant out with a knee injury and Ben Simmons not yet activated, the Nets are shorthanded for this matchup. However, a recent 109-85 win over the Sacramento Kings has given them another reason to keep their hopes up.

Randle’s Knicks Still Unable to Pick Themselves Up

The Knicks had another chance over the Oklahoma City Thunder to straighten their path with a home win. Instead, the Thunder pulled a solid 127-123 win and left the Knicks with two consecutive losses.

Julius Randle is currently standing as New York’s leading player on the court. The power forward is still leading the team with 19.6 points and 5.2 assists. Randle has also added 10.2 rebounds, while Alec Burks has made his appearance on the defensive end with 1.1. steals per game.

The Knicks haven’t outshined any of their most recent rivals. However, the team is sixth overall in the league, with 46.1 rebounds per game. Yet, the numbers don’t back up a 25-33 season record which has prevented the Knicks from once again delivering more solid regular season performances.

The Nets are still pushing for a quick turnaround. However, with time against them, most of their hopes are slowly beginning to fade.

The Nets are now 17-13 in road performances. With a 30-27 overall mark, they are still four wins below the Boston Celtics and the last regular season ticket to the playoffs.

The Knicks team is now attempting to climb yet once again. Although the odds might be leaning towards the Knicks, the Nets might have all it takes to push for more positive digits.