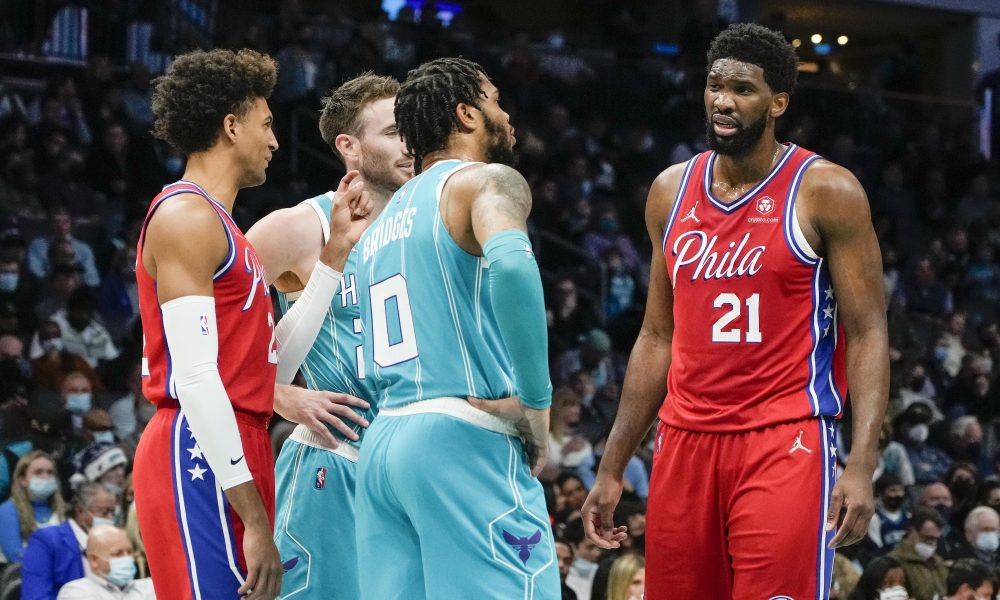 Philadelphia looks to defend its home court against the surging Charlotte Hornets in this next matchup. The 76ers are moving up in the Eastern Conference standings and are just for games behind the Chicago Bulls.

Charlotte has won three straight and is just two games behind Philadelphia in the conference standings. The Sixers need this win to extend their seven-game winning streak. They are currently only two games behind the Brooklyn Nets in the Atlantic Division.

The Charlotte Hornets come into Wednesday’s game in second place in the Southeast Division with a 22-19 record. They are only three and a half games behind the Miami Heat, with their last two wins against the NBA Champion Milwaukee Bucks. They are also 6-2 in their previous eight games overall.

The Hornets are led by their star point guard LaMelo Ball, who is averaging 19.4 points, 7.3 rebounds, and 7.6 assists per game. He also leads the team in steals with 1.7 per game. Miles Bridges is second with 19.5 points per night. Ball has played great this season and has finally reached superstar status.

The team will be without Kelly Oubre Jr. and Vernon Carey Jr. for this matchup. Both were placed in the league’s health and safety protocols this week.

The Sixers have been trying to deal with Ben Simmons for most of the season as he hasn’t played for the team at all this year. However, that deal may not occur until after the NBA draft, as the February 10 trade deadline is quickly approaching. He has four years and $147 million remaining on his contract.

Philadelphia is led this season by their All-Star center Joel Embiid, averaging 27 points, 10.6 rebounds, and 1.4 blocks per game. In addition, Tyrese Maxey leads them in assists with 4.5 per matchup.

The team is going for its eighth straight win as they move towards the top of the Eastern Conference as they are currently just two games behind the Brooklyn Nets in the Atlantic Division.

The odds favor the Sixers as they look to extend their winning streak at home. This season, Charlotte is 10-14 on the road but has been playing well enough to make this a very competitive game.