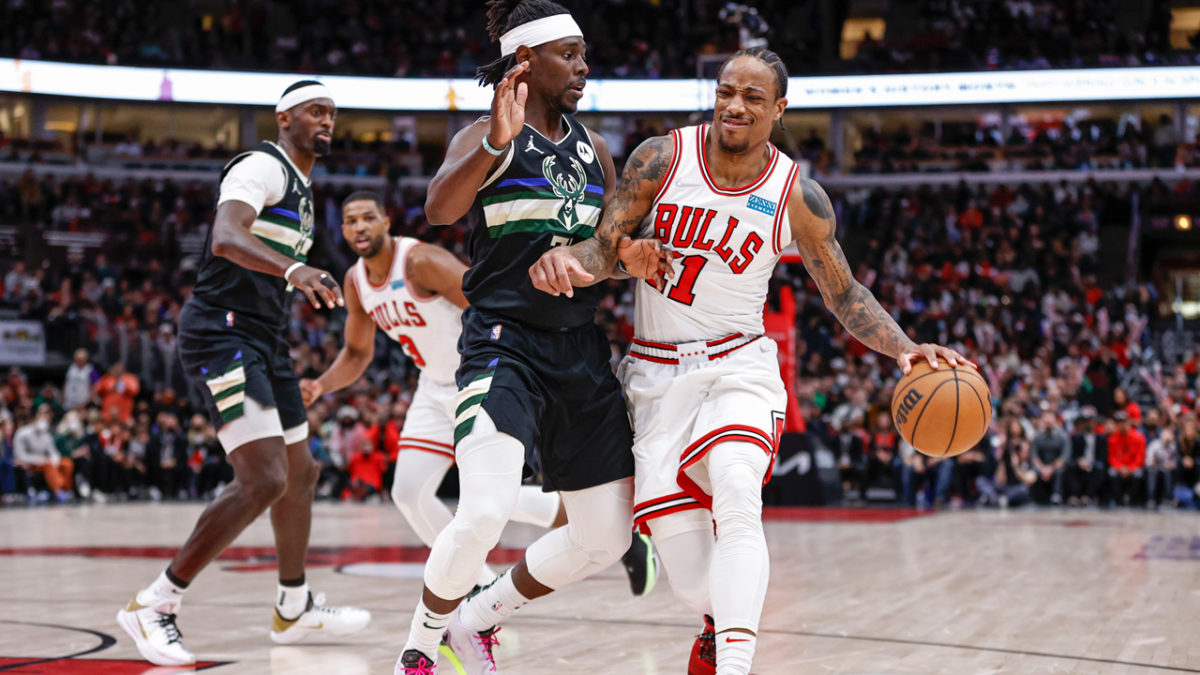 The race for the top Eastern Conference is beginning to heat up. With the regular NBA season in its last stretch, teams are starting to quickly move to guarantee that they will make the playoffs. That’s the case with both east coast teams tonight.

The Chicago Bulls go to Wisconsin tonight to face the Milwaukee Bucks at Fiserv Forum. The Bulls are second in the Central Division with a 42-29 season record.

As for the Bucks, the team remains just a step ahead of the Bulls and leads the Central Division by two games. However, with time running out, the Bucks have a solid spot in searching for a second straight NBA championship.

DeRozan’s Bulls to Remain on the Rise

The Bulls went from leading the Eastern Conference to now fighting for a chance to remain among the top seeds. One thing, however, has remained unchanged. The Bulls’ potential as a winning team is unquestionable.

DeMar DeRozan has continued to lead the Bulls on offense. He averages 27.7 points and 5.1 assists per game. On defense, Nikola Vucevic has remained as the top figure to look for on the court as he is averaging 11.4 rebounds, one steal, and one block per game.

The Bulls are also tenth overall in the league, averaging 112 points per game. Although they are 2-3 in their last five games, their top talent on both ends of the court is unquestionable.

Antetokounmpo’s Bucks Hope To Stay At The Top

The Bucks, just like their rivals for tonight, have been near the top of the standings all season. However, with a recent 138-119 loss to the Minnesota Timberwolves, the Bucks are not ready to let go of their chances to stay ahead in the division standings.

Before their recent loss to Minnesota, the Bucks went 8-1 in their previous nine games. That proves Milwaukee is once again resuming a steady climb. What better chance than against their closest division rival to continue doing so.

Giannis Antetokounmpo leads the Bucks with 29.8 points, 11.5 rebounds, and 1.4 blocks per game. The Bucks are third overall in the league with 114.9 points per game, and with 46.8 rebounds per game, they are second in the league.

The Bulls are ready to keep up the fight. For Milwaukee, the goal is to remain consistent and let go of their recent loss to Minnesota. The stage is all set for tonight’s matchup as both teams prepare to battle for who remains as the leader of the Central Division.
Godds Pick/Prediction: The Bucks to win and the over hits.