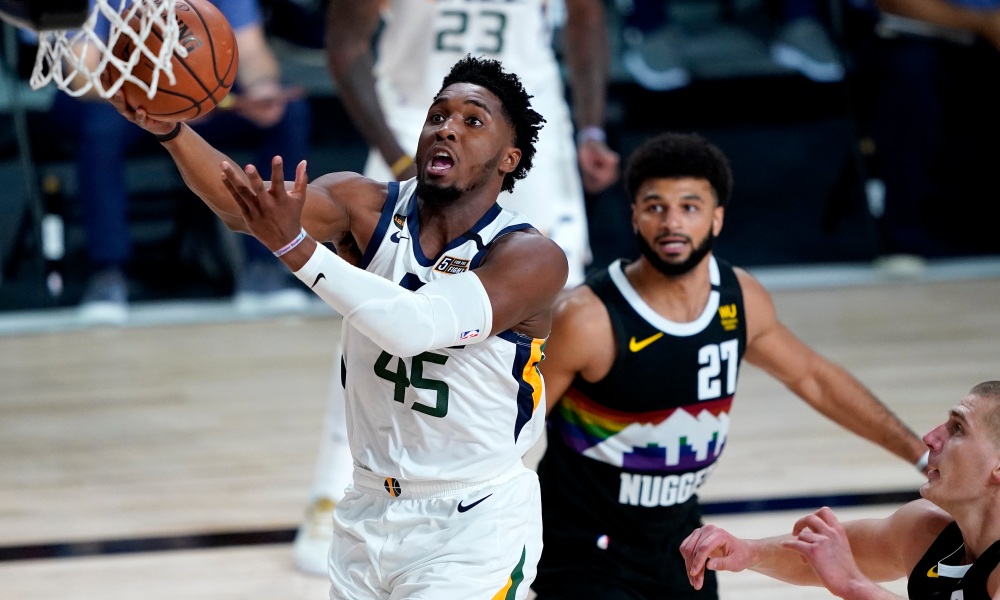 The Denver Nuggets are just behind the Utah Jazz for the top seed in the Northwest Division.

However, the Nuggets have been on a roll since their last matchup. So they might be ready to head on strong and strike the Jazz. Denver is all set to visit Utah at Vivint Arena in Salt Lake this Wednesday night.

For Denver, it’s all about remaining at the top of division stands. Currently, the Nuggets are holding on to the sixth and last conference spot to stay in the playoff qualifying zone. For Utah, the story is quite the opposite.

The team has significantly suffered from their worst season streak so far. Yet, after standing high in Conference positions, Utah is still not ready to give up. The Jazz needs a quick turnaround.

Doing so over their closest division contender might just allow the team to leave a series of missteps behind and regain pick-up a winning momentum.

The Nuggets are 28-22 and looking to keep gaining winning momentum. Denver lost 115-103 to the Minnesota Timberwolves on the road on Monday night, but before that, they went on a five-game winning streak.

Nikola Jokic still leads Denver on all fronts. He is averaging 26 points and 7.8 assists. He also tops the squad with 13.7 rebounds and 1.4 steals per game. Will Barton is second with 15.3 points per game.

For Denver, this might be the perfect moment to strike Utah. With the Jazz gradually losing momentum, the Nuggets need to leave their recent loss behind and focus on nailing more consecutive wins.

Mitchell’s Jazz to Search for a Quick Turnaround

Just last week, the Jazz was on a six-game winning streak, and similar results allowed the team to top the Northwest Division. Utah’s numbers were so high that they helped the team hold on to the top division spot. However, the question remains as to how long they will hold on to this position.

Donovan Mitchell is commanding the Jazz with 25.5 points and 1.6 steals per game. Mike Conley has added 5.3 assists, and Rudy Gobert has also contributed on the defensive end with 15.1 rebounds and 2.3 blocks per game.

Utah could not stand in a worse position. Unfortunately, the team is now on a five-game losing streak. Still leading the division standings, there has been some inconsistency that is reflecting on their results. It’s up to the Jazz to determine whether they will stay on the winning side or continue falling on a losing spiral.

Although Utah is heading into the game with a home-court advantage, Denver might have the Jazz right where they want them. The total has gone over in nine of their last eleven games for Denver. For the Jazz, the total has also gone over in four of their previous five games against Denver.

The Nuggets may be on a roll, and a recent misstep shouldn’t keep the team from a winning path, but Utah has the odds in its favor. For the Nuggets, this might be the perfect match to take advantage of as they have the Jazz right where they want them. For Utah, the team simply needs to snap back and resume the strong play they had at the start of the season.