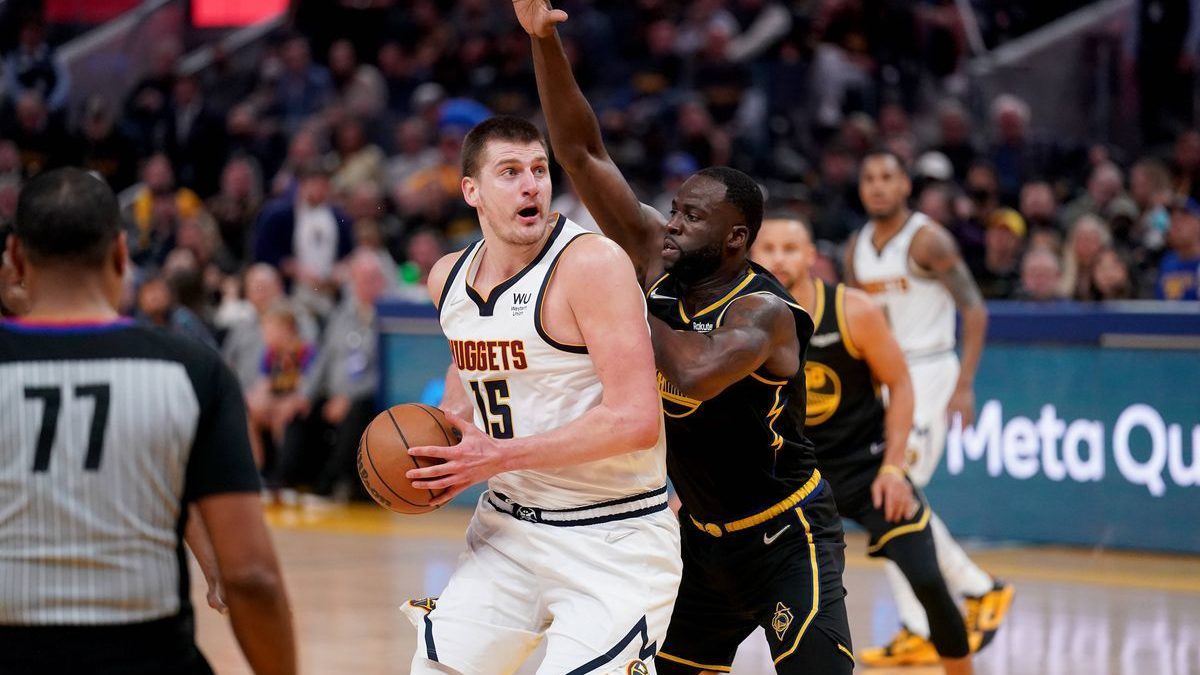 The Nuggets avoided a sweep in Game 3 on Monday after the Warriors raced out to a 3-0 lead in the series. Golden State gets another chance to close out the series at home on Wednesday. They have won twice this season at Chase Center, and it wouldn’t be a complete surprise to see them do it again with their backs against the wall.

The season series between these two teams is tied 4-4, with the Nuggets winning three of four in the regular season. The Warriors came back from 17 points down on Monday night to take the lead late in the final period but couldn’t put the final nail in the coffin.

Denver’s Nikola Jokic must also get more support from his teammates if the Nuggets have any chance of winning the matchup tonight.

The Nuggets have been riding on the back of Jokic all season and need him to give another outstanding performance in leading them to victory tonight.

He led the team with 37 points, eight rebounds, and six assists in Game 4 and also had seven turnovers. Aaron Gordon added 21 points, and Bones Hyland had 15 points and a team-high seven assists coming off the bench.

Denver averages 113 points per game in the series, with Jokic leading all scorers with 31.3 points, 11.8 rebounds, 5.3 assists, and 1.8 steals per game. He has been dominant on both ends of the court but desperately needs consistent help from the rest of the team if they hope to get past the Warriors for three straight games.

Warriors Look To Close Out Series

The Warriors hope to move on to the conference semifinals with a victory at home tonight. They have averaged 122 points per game in the series while shooting an impressive 53.1%.

One reason they’ve dominated this series is the consistent production from their star players. Steph Curry leads them in scoring with 27.5 points per game, Klay Thompson is close behind with 24.5 points, and Jordan Poole has stepped up his play in this series to average 24.3 points, 5.8 assists, and 1.5 steals.

The Warriors came close to taking the series in Game 4 with their big fourth-quarter comeback on Monday but didn’t score another point after taking the lead with 1:21 to go in the game.

They know the Nuggets will fight until the end tonight and need to do a better job closing the game in the final minutes.

The Nuggets are 1-4 against the spread in their last five games, and the total has gone over in all of their previous five contests.

Golden State is 8-2 against the spread in their last ten games, and the total has gone over in six of their last seven games vs. the Nuggets.

The Warriors have a chance to close out the series at home but are facing a desperate Nuggets team that knows how to win at Chase Center. If Denver can get more production from their role players, they can keep the game close and hope to steal a win on the road tonight.Godds Pick/Prediction: The Warriors will win, and the total goes over.