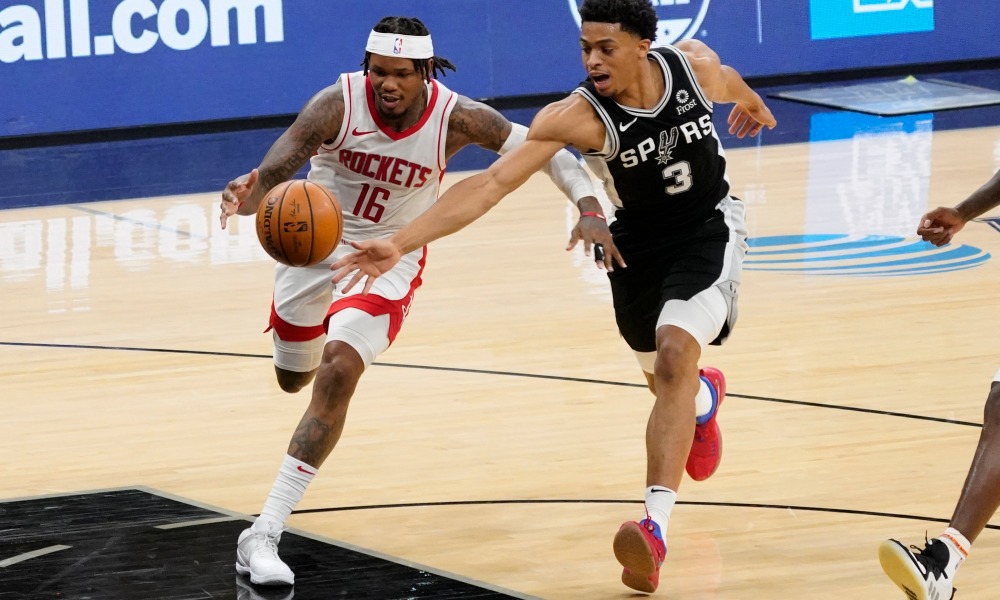 With a recent 115-104 win over the Cleveland Cavaliers, the Houston Rockets are ready to make the most of their upcoming games. At the bottom of the Southwest Division and desperately looking for ways to climb up spots, Friday night might bring another chance to win.

The Rockets are now prepared to visit the San Antonio Spurs at AT&T Center in Texas tonight.

For the Rockets, the team is now holding on to a 15-36 season record, and their time might have just run out for making it to the playoffs. As for San Antonio is just a step above the Rockets with a 19-34 season record and is still holding to a three-game lead over them. However, the story is very much the same for Spurs.

Perhaps it’s too late, but the Rockets might still be unwilling to give up. Houston managed to win over the Cavs to end a four-game losing streak. That might not seem like much, but the Rockets have touched rock bottom, and there is no other way but up from now on.

Christian Wood leads the Rockets with 17.7 points and 10.3 rebounds per game. Houston’s second in command, Jae’Sean Tate, has also added 3.1 assists and one steal per game.

There is still sufficient talent to keep the Rockets afloat. What’s really against Houston is time. The Rockets are now five-and-a-half games behind the nearest playoff spot. But, of course, restarting a winning streak over San Antonio might just set Houston on the right path.

Murray’s Spurs to Break Away from Losing Streak

The Spurs are now 1-4 over their last five games, as San Antonio has also taken its fair share of defeats. However, with the season’s halfway mark behind them, the Spurs are also holding onto their last hopes of fighting for a ticket to the playoffs.

The Spurs will need to rely on players who have truly stood to fulfill the squad’s needs. Point guard Dejounte Murray has become one of the main guys for San Antonio. Murray leads the Spurs with 19.6 points, 9.1 assists, and two steals per game.

The Spurs are now twelfth overall in the Western Conference. They are two-and-a-half games behind the nearest playoff spot. It might be too late for the Spurs, but as for Houston, it’s all about making the most of what remains of the current season.

The Rockets might stand at the bottom of the Western Conference, but they are still ready to head forward to San Antonio to put up a fight.

In road performances, the Rockets and the Spurs are tied at 7-20. The Spurs are also not making a solid case with a 10-18 home record, but the odds seem to be leaning towards San Antonio.

The teams have already played each other twice this season, so it’s up to the Rockets and Spurs to define which squad will remain on the path to push for a playoff spot.