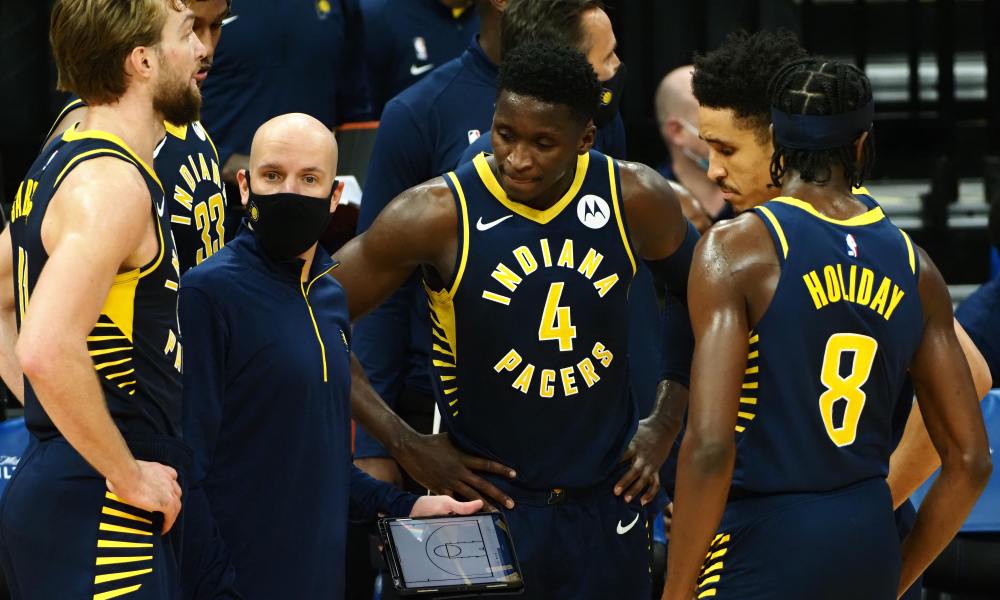 It did not come easy, but the Indiana Pacers were able to drift away from what could have been a more dreadful streak. With a solid 111-104 win over the Los Angeles Lakers, Indiana is now ready to continue facing top west coast rivals. The Pacers are all set to visit the second-place Golden State Warriors at Chase Center in San Francisco tonight.

Indiana may be on a steep climb, yet they still managed to drop one of the worst streaks they have faced so far in the regular season. Indiana is, therefore, arriving at Thursday’s matchup with a recent confidence boost.

For the Warriors, there is also a need to keep getting more victories and not let the Phoenix Suns take off. They have been mildly inconsistent over their last five games. With a win over Indiana, the squad could potentially strive to retake the conference lead spot once again.

The Pacers achieved what they were looking for last night, a solid win. Ending a four-defeat streak is just the first step. With time still left in this season, it may not be too late for the Pacers to keep climbing up the standings.

Indiana is led by power forward Domantas Sabonis in almost all categories. Sabonis is now standing with 19 points and 4.9 assists per game. The forward has also been able to nail a 57.7% field goal percentage and has even added 11.9 rebounds per game.

As for the Pacers, a 16-29 season record is still against them. Indiana is now 13th overall in the Eastern Conference and barely holding onto fourth place in the Central Division. For the Pacers to start a late attempt to climb up in the division, a lot of effort will be required from the entire squad.

The Warriors may still be trailing behind the Suns by just two wins, but the squad’s recent 2-3 record over their last five games has raised a red flag. Golden State may just need to polish some aspects of their gameplay if they wish to remain on top.

The Warriors are led by Stephen Curry, who is now averaging 26 points and 1.5 steals per game. Draymond Green has also done his part and has now added 7.4 assists and 7.6 rebounds per game.

Golden State is now 31-12 in the current season. As second in the West Conference and the Pacific Division, the Warriors have everything they need to surpass Phoenix when the chance comes.

However, it all starts with one game at a time. A win over the Pacers might be the first step to straighten their track.

The Pacers may be aiming for higher standings. Yet, a win over Golden State might still be out of reach for Indiana. For the Pacers, the total has gone under in four of their last six games against a Pacific Division rival.

As for Golden State, the total has gone under in four of their last six games against the Pacers.

Even if the Pacers were on one of their most positive streaks, Golden State will still dominate. The odds are all pointing at the Warriors and their pursuit of the top conference spot.

As for Indiana, surpassing Golden State might prove to stand as a bigger challenge than their current roster can handle. Those commanded by Curry should have no major problem in getting past Indiana tonight.