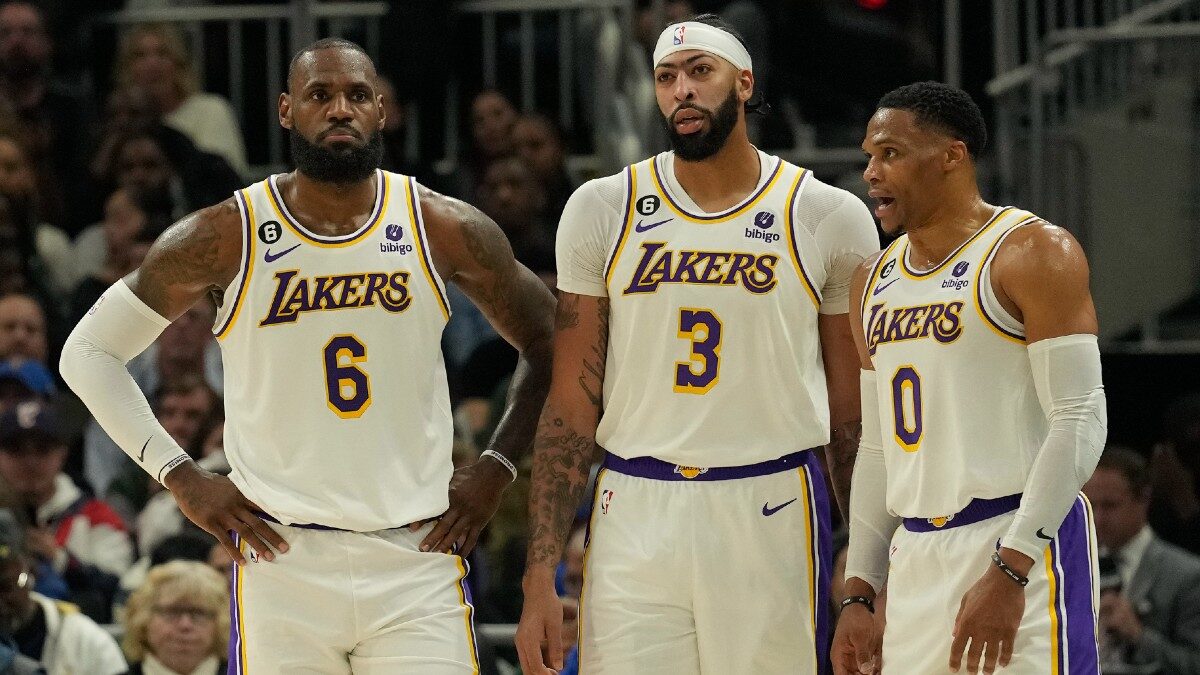 The Lakers and Cavaliers headline the action tonight in an NBA inter-conference battle. L.A. is 10-12 on the year and at the bottom of the Pacific Division standings.

They trail the Phoenix Suns by five games for the lead in the division. After starting the NBA season 2-10, the Lakers have won eight of their last ten NBA games and are currently on a three-match winning streak.

Cleveland is second in the Central Division behind the Milwaukee Bucks with a 15-9 season record. They also have the NBA’s best record at home at 10-1.

The Cavs are 3-2 in their last five NBA games following a loss to the New York Knicks 92-81 in their last game on Sunday night. In addition, they’re 7-3 since their recent five-game losing streak.

Los Angeles looks like they have finally gotten on track after a terrible start. The story during this recent stretch has been the play of Anthony Davis. In the previous nine games, he’s averaging 35.3 points, 15.5 rebounds, and 2.8 blocks.

He dropped 44 points against the Milwaukee Bucks on Friday night and topped that with 55 points and 17 rebounds against the Washington Wizards on Sunday, leading them to their fourth straight win away from home.

Davis leads the Lakers this season with 28.6 points, 12.8 rebounds, 1.4 steals, and 2.4 blocks per game, and Russell Westbrook is the team’s assists leader with 7.7 per contest.

LeBron James is second in scoring with 26.1 points and adds 8.6 rebounds and 6.6 assists. Lonnie Walker IV has made a solid contribution to the team in his first season as a Laker, averaging 16.7 points per game.

Cavs Hope To Make Up Ground In Division

Cleveland can’t seem to move any closer to the Milwaukee Bucks in the Central Division and still trails them by 2.5 games. They’re glad to be back at home for tonight’s game after going 1-6 in their previous seven games on the road. A win tonight would be their seventh straight at home and move them to within two games of the division lead.

Donovan Mitchell is the top scorer for the Cavaliers, with 28.4 points per game. He also leads the team in steals with 1.4 per game.

Jared Allen is first in rebounding with 10.8 per game, and Darius Garland is leading them in assists with 7.7 and has 1.2 steals per contest. Evan Mobley is first on the squad in blocked shots, averaging 1.5 per game.

Los Angeles is playing its best basketball of the season, with Davis leading the way. Mitchell has played well on his home floor this season for Cleveland, but the deciding factor in this game is whether Allen will play tonight, as he’s doubtful with a back injury.

Without him, the Cavs’ average defense in the paint will be no match against Davis, who will again lead the Lakers to victory.

Godds Pick/Prediction: The Lakers win, and the total goes over.