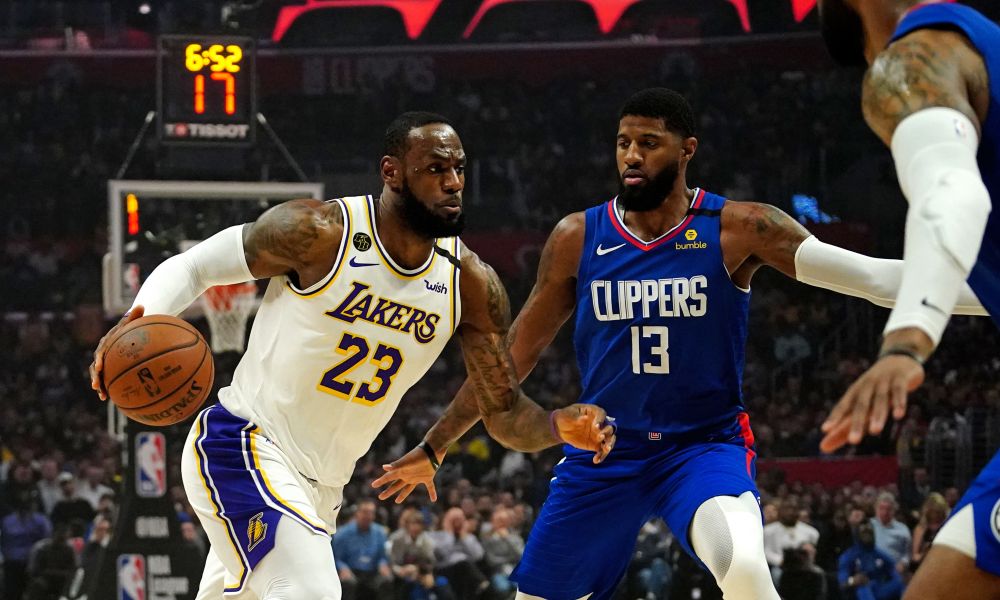 The Los Angeles Lakers have now fallen a half-game below the Clippers in the Pacific Division. They trail the first-place Suns by 17 games and are currently ninth in the conference, just ahead of the Trailblazers, whom they defeated last night by a score of 99-94. Anthony Davis is healthy again and scored 30 points in the victory.

The Clippers will be the home team in this matchup of Los Angeles teams that share the same Staples Center arena.

They’re 5-5 in their last ten games and lead the Lakers by half a game in both the division and conference standings. Their last win was against the Charlotte Hornets on Sunday by 115-90. The team just completed an eight-game road trip in which they finished 4-4.

The Lakers have lost three of their last four games and are 4-8 in their previous twelve contests. They are 2-2 since the return of Anthony Davis to the lineup. He came up big in last night’s victory with 30 points and 15 rebounds as the Lakers now hope they’re ready to go on a long winning streak and start to move up in the standings.

LeBron James did not play in last night’s game and is questionable for tonight. James is second in the NBA in scoring at 29.1 points per game and is in his 18th season. It’s been rare to see both him and Davis in the lineup together this season, which is the biggest reason this team can’t seem to pick up any momentum.

The Clippers haven’t been making up a lot of ground against other teams in the west but have been able to take advantage of the Lakers’ recent misfortunes to move up to the eighth position in the conference. However, they are 5-5 in their last ten games. In their previous matchup against Indiana on Tuesday night, Pacers rookie Isaiah Jackson scored 26 points to lead Indiana to a 122-116 win over the Clippers in Indiana.

Los Angeles has been playing .500 basketball for most of the season and is awaiting the return of their two stars, Kawhi Leonard and Paul George, who have both been sidelined with injuries. George will be out for a few more weeks with an elbow injury, and Leonard is recovering from a torn ACL, and the team reports he is ahead of schedule in his rehab.

The odds favor the Clippers as the home for this even matchup for third place in the Pacific Division. However, if the Lakers hope to compete in this game, Anthony Davis needs to have another big night if LeBron is out of the lineup again.