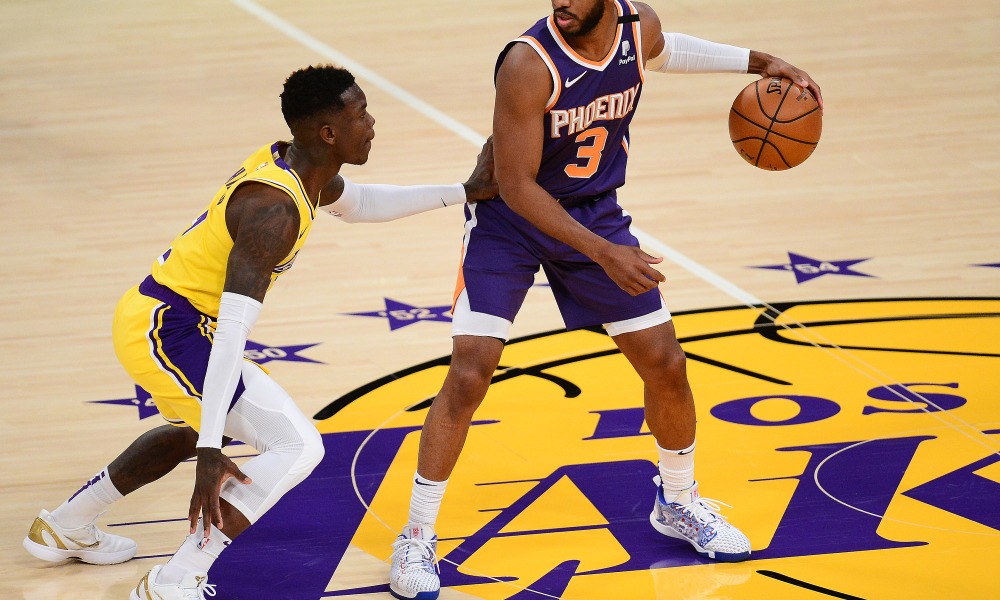 These are possibly two of the best teams in the NBA right now, even if the Lakers didn’t make it to a repeat championship last year. The Suns, however, almost picked up the title but lost to the Milwaukee Bucks 4-2. Both teams have made some adjustments in the offseason as they look to get back on track, with the Lakers making some big moves.

The regular NBA season starts in less than two weeks, and both the Lakers and the Suns have already played a game apiece. Neither went well for either team. The Lakers took a huge hit against the Brooklyn Nets, who walked away with a 123-97 win.

The Suns did a little better, losing by only 11 in the 117-106 game against the Sacramento Kings. These results aren’t what was expected, and both the Lakers and the Suns will pick up the pace when they suit up today.

Los Angeles Lakers Off to a Very Slow Start

The Lakers are desperate for a win. They took the championship in 2020 and started to show that they would repeat last year. However, halfway through the season, troubles began, and it was obvious that the coordination the team exhibited previously was falling apart. The season continued to go downhill from there, leading to a number of big trades in the offseason.

As usual, preseason basketball means not putting the regular starters out there to be injured. However, this year, things are a little different. The Lakers have a few new faces, including NBA MVP and former Washington Wizards star Russell Westbrook.

Putting him together with LeBron James and Anthony Davis should provide the Lakers with the squad they need to win. It isn’t likely that head coach Frank Vogel will get them on the court for extended periods tonight, but it is possible that they’ll see the boards in order to test out some new plays.

The Suns have a real shot at going the distance again this year, provided they can stay healthy for the entire season. Chris Paul didn’t play in the preseason game against the Kings, and he is definitely going to be kept out of the preseason action as much as possible.

Paul dealt with injuries last season that proved to hurt the team, as well. Even though he suited up with torn ligaments in his hand, it was obvious that he wasn’t at his best. Between the second round and the conference finals, he tested positive for COVID-19, which also proved costly.

This year, he’s reportedly back in form, but the Suns aren’t likely to risk him in the preseason.

The Suns didn’t make a lot of moves over the summer – they have a decent squad with a lot of young players. This means that the new season will bring more of the same great performances from last year, only with greater experience. Expect Devin Booker to deliver the win on more than one occasion.

Because it’s preseason, and these are games that are designed more to give teams a chance to see what they can do, oddsmakers are not too interested in putting up any lines.

Add to this a hefty NFL season and MLB Playoffs, and the NBA drops in terms of betting interest. Still, there are some interesting facts to consider:

The preseason ROI when betting on the Suns has reached 6.40%, which isn’t too bad. However, backing the Lakers in the preseason has resulted in an ROI of -12.60%.

That would scare off a lot of bettors who otherwise might like this game, but something else has to be considered. The Lakers and the Suns have met a total of 255 times, and the Lakers have won 146 of those contests. Since 2018, the Lakers are 7-3.

Even if the Suns have a better overall ROI for bettors, backing the Lakers tonight in a friendly makes more sense.