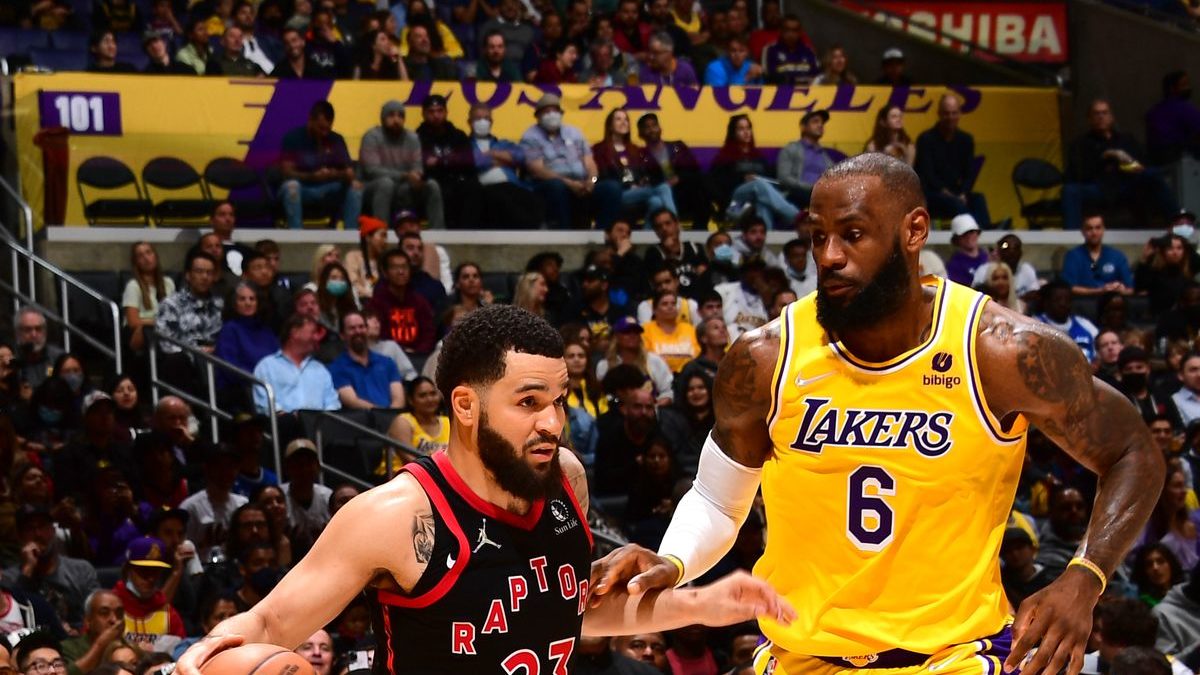 The Los Angeles Lakers are still in the fight for a playoff position. However, even with a 1-5 record over their last six games, they may not be in the best spot to keep climbing up from the ninth position in the conference. This afternoon, the Lakers head to Toronto to face the Raptors at Scotiabank Arena in Ontario.

The Raptors have also climbed up in the standings and are tied in the Eastern Conference with the Cleveland Cavaliers. However, the Raptors are now clear on making the most of their upcoming chances to pull in the positive numbers that will allow them to stay in playoff position.

With an upcoming faceoff against the Lakers, Toronto might just get the perfect chance to surpass the Cavaliers and reach the top of the conference.

The Lakers are now fourth overall in the Pacific Division and are ninth overall, just one game ahead of the New Orleans Pelicans in the Western Conference standings.

Still, with a basketball star such as LeBron James on the court, the season isn’t over until the last game. James is currently leading the team with 29.5 points, followed by Russell Westbrook with seven assists.

LeBron has dominated for the Lakers on defense, averaging 8.1 rebounds, 1.4 steals, and 1.1 blocks per game. If he’s unable to play tonight because of an injury, the Lakers will turn to Westbrook and Carmelo Anthony to lead the team this afternoon.

Siakam’s Raptors on a Clear Path to the Top

The Raptors might be in the perfect spot to keep pursuing higher standings. Toronto is now in a race they could potentially win. But it’s all about consistency. For the Raptors, that might sound reasonable.

They are now tied with the Cleveland Cavaliers, which means the Raptors can still make it to the top-six of the Eastern Conference. However, Toronto couldn’t look any better with a 5-0 record over their last several games.

Pascal Siakam is now one of the men to look for in Toronto’s lineup. Siakam leads the Raptors with 22 points and 8.4 rebounds. Fred VanVleet has also added 6.7 assists, while Gary Trent Jr. has also nailed a total of 1.8 steals per game.

The Lakers hope to climb, but surpassing the Raptors at this point in the season might prove to be too big of a challenge. The total has gone over in five of their last six games against Eastern Conference rivals for L.A. As for Toronto, the total has gone under in seven of their previous nine games.

The Lakers are just 9-23 on the road this season. To get a win over Toronto, they will need more than just their A-game. The Raptors are 17-15 at home with five straight wins and are convinced that they can keep their momentum going.
Godds Pick/Prediction: The Raptors to win and the under hits.