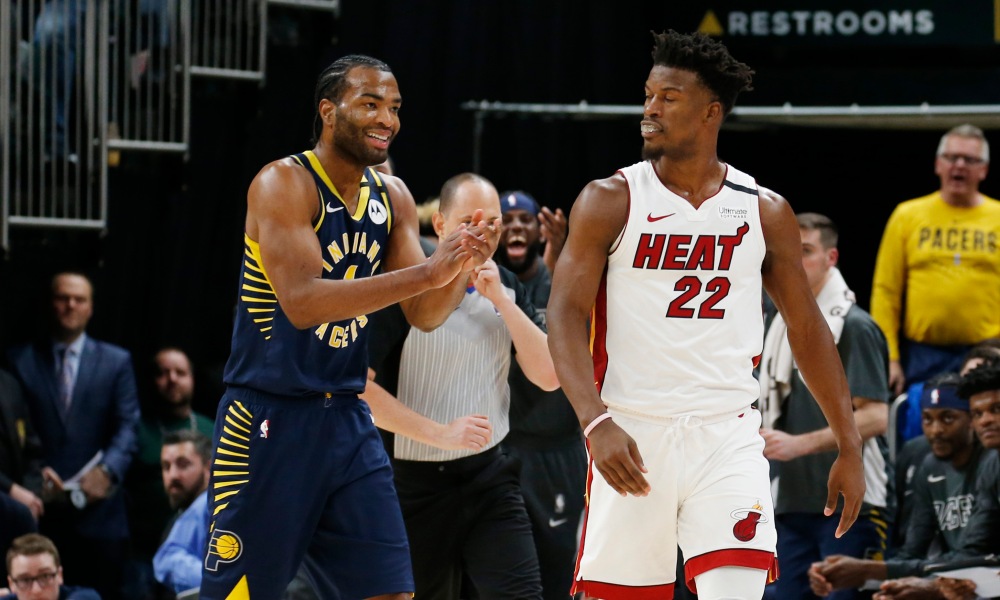 The Miami Heat are preparing for an Eastern Conference showdown this Friday night visiting the Indiana Pacers. The Heat are 13-9 this season, 7-6 on the road, and are looking to move into the lead in the Southeast Division in which they trail the Washington Wizards by one game. For Miami, their 14th win would help them climb the ladder in the Eastern Conference standings.

The Pacers are not performing as well as they have in recent seasons. Indiana is 9-15 and 6-5 at home, putting them 13th overall in the conference. They need to take advantage of this homestand and start building momentum as they’re currently on a 3-game losing streak.

Miami had a solid season start with a 6-1 record in their first seven performances, but they’ve been far from capable of maintaining that after losing their last two games. For the Heat, this inconsistency expresses a sudden urge for change.

The Heat are also not far from the top of the conference standings, which is why the sense of urgency is immediate, and if it is appropriately addressed, it could lead to a spike in the Heat’s performance. The Heat will have to look to their top individuals to make this turnaround.

SF Jimmy Butler leads the squad with 23.6 points per game, while Bam Adebayo has been solid, averaging 18.7 points and 10.2 rebounds. Kyle Lowry assists with 7.6 per game and has stood out in connecting with PG Tyler Hierro and Butler.

The Heat, averaging 107.8 points per game, which ranks 14th in the league, has allowed the squad to claim the fifth spot in the conference. Miami has all the cards to pick up their offensive play and start putting out some solid performances.

The Pacers are ready to make this appearance at home, but a lot of concern is placed on their ability to overcome their current 3-game losing streak. The Pacers have proven incapable of breaking away, beginning with a 118-100 loss to the Milwaukee Bucks, a tight 100-98 losing effort to the Minnesota Timberwolves, and another close 114-111 defeat to the Atlanta Hawks from their misfortune.

With a solid 109-77 win over the Chicago Bulls back on November 22, the squad showed they have enough talent to beat the top teams in the league. For Indiana, Malcolm Brogdon leads the squad in points and assists, averaging 21 and 6.1, respectively.

The Pacers are not far below Miami in average points per game, standing at 107.4, which is 15th overall. With a team average of 46.2 rebounds and 23.8 assists per game, Indiana is looking for a quick push to diverge from their current season path.

The Heat looks stronger overall and have better overall numbers than the Pacers. Indiana’s unfortunate recent streak has placed the squad below the Heat, and a sudden turnaround will have to be achieved on behalf of Indiana. The question remains whether the Pacers have what it takes to dominate Miami.

The odds margin is not just close but so narrow that the spread makes it even tougher to define which team might take Friday’s matchup. It should all come down to how far either squad will trail in the third and fourth quarters, which is why Miami should be able to keep the score close and then take over in the last stages of the game. Still, this may be Indiana’s opportunity to shatter that Heat’s lead and dominate in this home game.