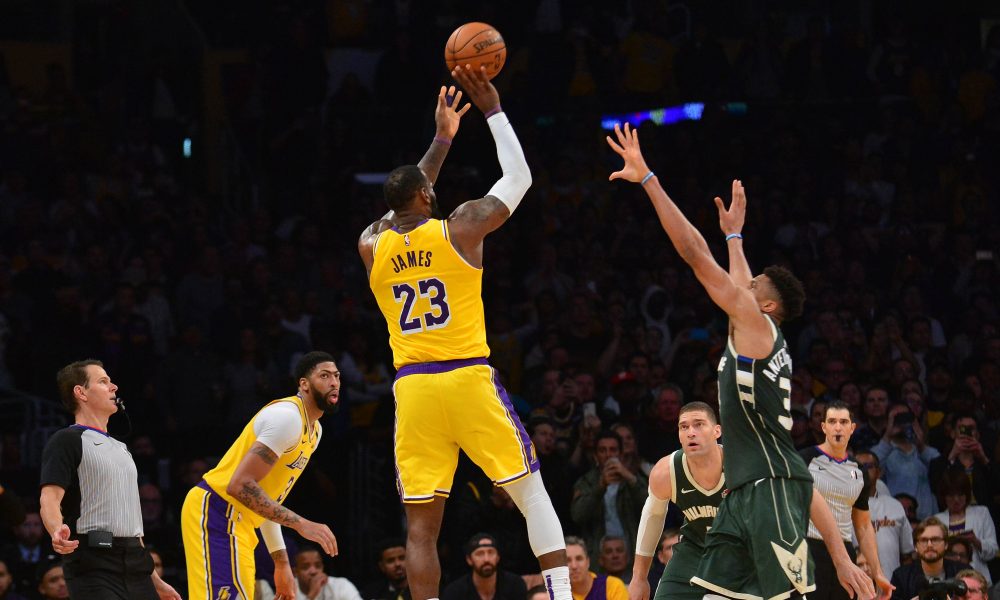 The Milwaukee Bucks finally climbed to the top of the Central Division. With a 34-21 season record, they were close to slipping further in the standings.

They are now ready to visit the Los Angeles Lakers at Crypto.com Arena in southern California. For the Bucks, it’s all about keeping a solid grip on the top of the standings.

As for the Lakers, the team is still in the fourth spot of the Pacific Division and is still pursuing a chance to climb up in the conference. With a 3-2 mark over their last five games, the challenge is now set for the purple and gold to break away from an unexpected poor season. The Lakers will need a solid win tonight to start drifting away from their recent misfortune.

Antetokounmpo’s Bucks to Remain In Lead

The Bucks have finally proved that they are the squad that topped the standings in the season’s first stage. With three consecutive wins on their back, the Bucks are ready to keep striving for more.

For the Bucks, Giannis Antetokounmpo has led the squad with 28.9 points, 11.2 rebounds, and 1.4 blocks per game. Jrue Holiday has also contributed to the squad’s recent success by adding 6.6 assists and 1.5 steals per game.

The line has been drawn. The Bucks simply need to remain on the winning side. The team is now fourth overall in the league with 112.7 points per game and second with 46.8 rebounds per contest. In other words, the Bucks know what they need to do and have every man they need on their side to keep getting wins.

No matter how dreadful their season might be, Los Angeles doesn’t have a choice. The Lakers cannot withdraw, even from intentions, given the franchise they represent. Added to the squad’s roster, the pressure has continued to build as well.

It’s now LeBron James who leads the Lakers with 29.1 points and 6.4 assists. Westbrook has also shined on the defensive front and has added 7.8 rebounds and 1.1 steals per game. Anthony Davis is shooting 52.9% from the field but has remained behind Westbrook and LeBron James.

The Bucks seem unlikely to let their recent efforts slip away against the Lakers. The total has gone over for Milwaukee in four of their last five games. As for Los Angeles, the total has also gone over in four of its previous five performances.

The Bucks are right back at the top. Milwaukee is now ready to take on whoever is willing to challenge their division lead. With a 15-12 road record, the Bucks might now be looking to prolong their climb to higher conference standings.

As for the Lakers, they are once again in a tight spot. Los Angeles now stands with a 17-12 home record but may come up short when facing one of the strongest teams in the league.