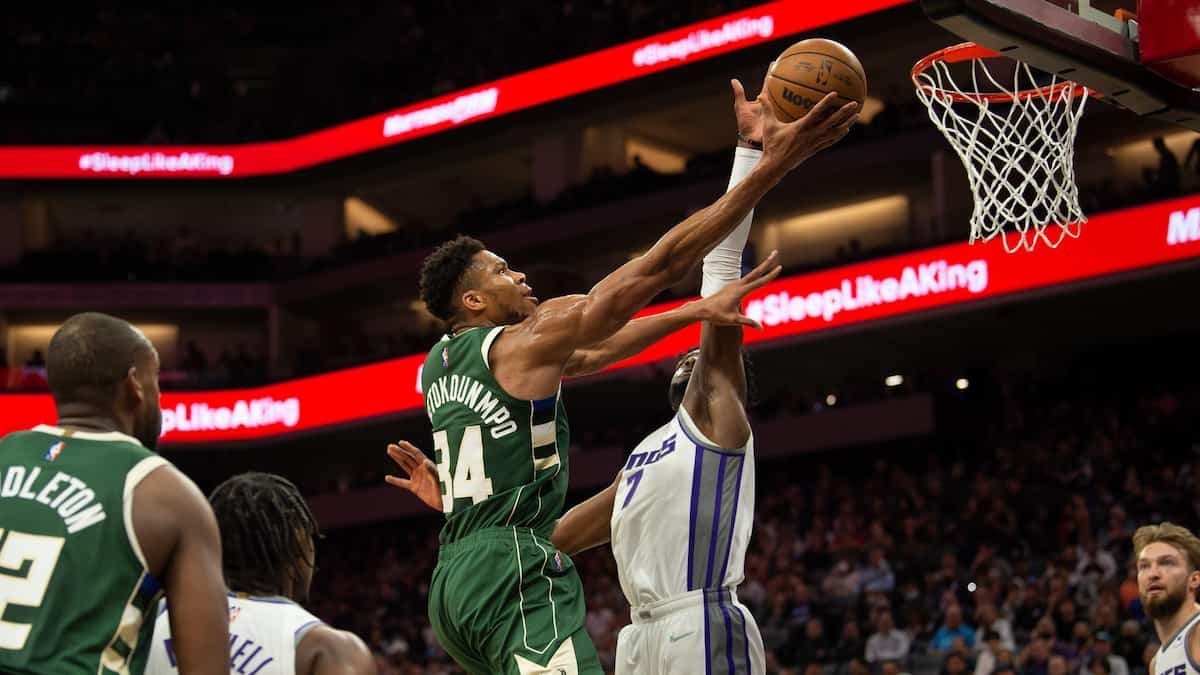 Milwaukee travels to Chicago to continue the battle in their Eastern Conference first-round series. The Bucks have a tough task if they hope to regain the home-court advantage in the series with a win tonight. They will be without Kris Middleton for two weeks after he sprained his MCL in Game 2, and Bobby Portis is questionable after taking an elbow to the eye in Wednesday’s game and didn’t return.

The Bulls fans will celebrate their return to the postseason as the team has proven they can keep pace with the defending NBA champions.

They came back from a big deficit in Game 1 and evened up the series on Wednesday as DeMar DeRozan scored a career playoff-high 41 points. Nikola Vucevic added 24 points and 13 rebounds in the win.

The Bucks have had a challenging first two games of this series. Chicago came back from 16 points down in Game 1 of the series, but the defense held on for the win.

However, they were behind for most of the game on Wednesday night as their only lead was in the first quarter. They also have a challenge on offense, as they will be without their second-leading scorer, Kris Middleton, for two weeks.

The Bucks were third in the NBA on offense this season, averaging 115.5 points, but will be missing a huge piece of their offense for the rest of this series. Middleton averaged 24 points per game for Milwaukee in last year’s NBA finals. The team will be lucky to make it out of the first round without him in their lineup.

Bulls Can Take Control With a Win Tonight

The Bulls have a real chance to take control of this first-round series with a win at home tonight. Home-court advantage will be a huge factor in this game as the Bulls’ fans will be watching playoff basketball in the United Center for the first time since the 2017 postseason.

This team is healthy and holds the momentum going into tonight’s game. Playing in front of their loud hometown fans will be a definite advantage in this game.

DeRozan showed everyone why he is still an elite scorer in this league and leads an offense ranked number 13 in scoring during the regular season with 111.6 points per game. He leads the team with 27.9 points, 5.1 rebounds, and 4.9 assists and is followed by Zach LaVine, with 24.4 points and 4.5 assists per game.

The Bucks are 17-2 straight up against the Bulls in their last 19 matchups and are 4-1 against the spread in their previous five road games.

The total has gone under for the Bulls in five of their last six games vs. Milwaukee, and they are 1-11 against the spread in their last 12 home games against the Bucks.

The Bucks will be without two key players in Game 3 and have already shown they can’t win with Giannis Antetokounmpo alone.

Without their number-two scorer and possibly their second-leading rebounder available tonight, Milwaukee will have to do exactly that in this game.Godds Pick/Prediction: The Bulls will win, and the total goes under.