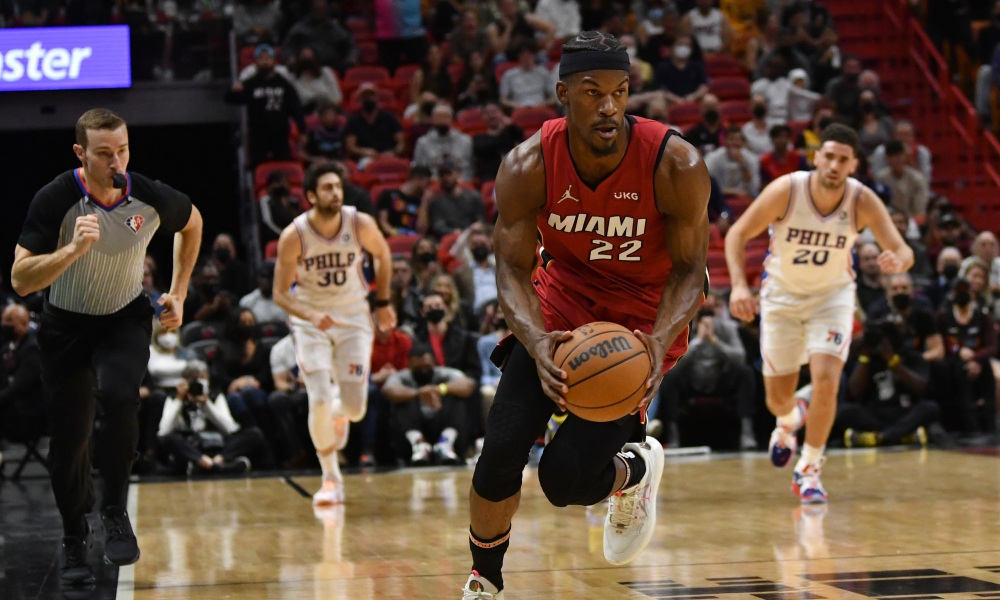 The Knicks and Heat will match up tonight in Miami as the race in the Eastern Conference is heating up before the All-Star break. Miami now leads the Southeast Division by 4.5 games over the Hornets and is also 0.5 games ahead of the Chicago Bulls in the conference standings.

After going 5-2 at the beginning of this month, New York is falling deeper into the basement in the division after losing four of their last five games. If they don’t turn things around soon, they will have no way to recover.

Knicks Need to Put Together Wins

The Knicks have been up and down all season but lately have been heading in only one direction. After their win over the Clippers at home on Sunday, they fought back on Monday from a 15-point deficit in the final period but came up just short, losing 95-93.

Julius Randle had a shot to tie it at the buzzer, but his three-pointer didn’t hit the rim. He finished the game with 18 points and seven rebounds.

Randle leads the Knicks team in scoring with 18.9 points, 9.9 rebounds, and 5.1 assists. RJ Barrett is second on the team with 17.4 points per game. The Knicks are 23-25 on the season and are now eleventh in the conference, just one game ahead of Atlanta.

The Miami Heat are now the top team in the Eastern Conference after the recent slide by the Chicago Bulls and lead them by a half-game. They are now 16-5 at home this season and have won 10 straight games at FTX Arena.

Their last victory was against the Los Angeles Lakers at home on Sunday, in which they had a 23-point lead in the fourth quarter and had to hold off a Lakers comeback to win by six, 113-107.

Duncan Robinson led the Heat with 25 points as Jimmy Butler finished with a triple-double of 20 points, ten rebounds, and 12 assists. Butler is the Heat’s leading scorer this season with 21.4 points per game. This season, Miami has six players averaging in double figures, as Tyler Herro is second on the team with 20.7 points per game.

The Heat are favored in this one and should have no problem picking up their eleventh straight win at home. However, if the Knicks hope to be in the playoff hunt this season, they have to start putting together some win streaks and get out of the basement of their division.
Godds Pick/Prediction: Heat will win, and the total goes over.