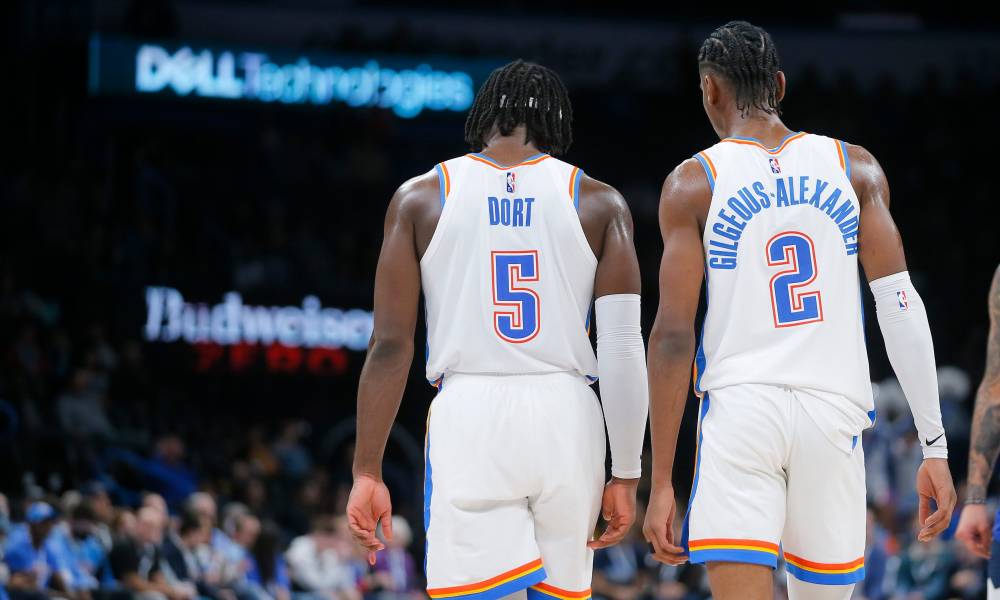 The Oklahoma City Thunder no longer seems like the team that characterized the city in the last several years. The team is now sitting at the bottom of the Northwest Division and is far from reaching the fourth-place Portland Trail Blazers.

Still, the Thunder must carry on, and they will now attempt to pull away from a dreadful losing streak by visiting the New York Knicks this Monday night.

The Knicks are also stuck at the bottom of the Atlantic Division. Four games separate the New York team from their closest rivals, the Brooklyn Nets, for the fourth division spot. Like the Thunder, New York must remain focused and attempt to outweigh the opposing end of their 25-32 season record.

To play against another team sitting at the bottom of the Eastern Conference, New York’s hopes for a win and a last-minute turnaround might still stand as valid.

The Thunder attempted to turn things around before, and they did, at least for a while. With three consecutive wins, two over Portland and one over the Mavericks, Oklahoma City appeared to have come back to life early in the month. Yet, the Thunder have descended once again.

The team still needs to rely on its top talent to turn things around with five consecutive losses. For the Thunder, it’s been Shai Gilgeous-Alexander who continues to lead Oklahoma City with 22.7 points, 1.1 steals, and a 42.4% field goal percentage. Josh Giddey has also added 6.3 assists and 7.7 rebounds.

Even with top talent on their side, the Thunder have failed to respond. As a result, Oklahoma City is now just one and a half games from the bottom of the Eastern Conference. With nowhere to go but up, there might still be a chance to give the team a better image as the end of the regular season approaches.

Just like Thunder, a recent 116-114 win over the Golden State Warriors could have been the sign the Knicks were looking for. After all, the team was able to leave a four-game losing streak behind.

Julius Randle still leads the Knicks with 19.4 points, 5.2 assists, and 10.2 rebounds. To Randle, the team has simply been unable to remain consistent throughout the season. For most, the end of the regular season might just give the Knicks a chance to pick themselves back up.

However, with RJ Barrett out and Cam Reddish, and Mitchell Robinson questionable for tonight’s game with injuries, the climb is now steeper for the Knicks.

The Thunder can’t rely on an 8-21 road record for this matchup. Whether they still have what it takes to make the most of the last stage of the season is still left to be determined. As for the Knicks, home-court advantage is always a good place to start.