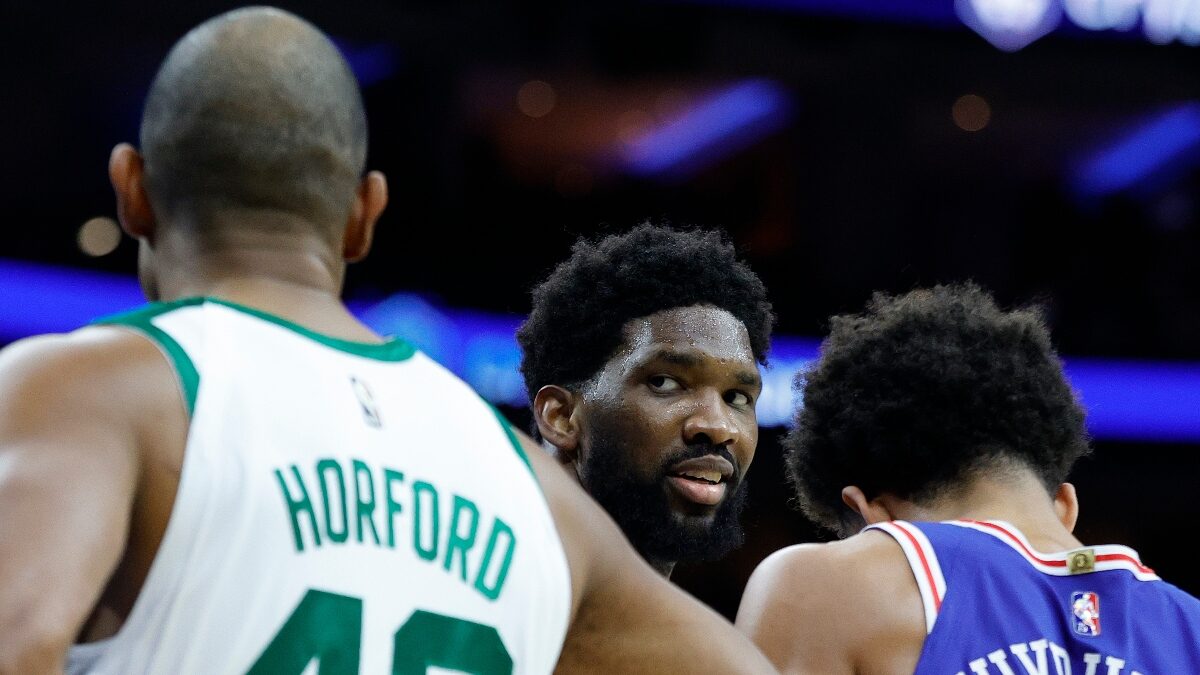 The 76ers and Celtics will tip off the 2022-23 season’s opening game tonight in Boston. The Celtics will start this season with anticipation and some disappointment after losing to the Golden State Warriors in last season’s NBA Finals. It was their first finals appearance in 11 seasons, but it shouldn’t be the last for young superstars Jason Tatum and Jaylen Brown.

Philadelphia is looking to advance further than the second round of the playoffs this season. James Harden was acquired by the team last season, and fans look forward to seeing how they will fare with him in the lineup for the entire campaign. Joel Embiid also hopes to follow up on his best season as a pro after leading the NBA in scoring.

The 76ers look as ready as they’ll ever be to start the regular season after four straight wins to finish the preseason. They’re expected to finish much better than their 51-31 record last year and should be a contender for the Eastern Conference title.

Embiid led the team and the NBA with 30.6 points per game. He also added 11.7 rebounds and 1.3 blocks to lead the Sixers. Harden’s numbers were down last season as he split his time with the Brooklyn Nets and Philadelphia.

He averaged 22 points and 7.7 rebounds and was second in the league with 10.3 assists per game. PG Tyrese Maxey was third on the team with 17.5 points and 4.3 assists.

Celtics Have Their Eyes On A Title

The Celtics finished with the same 51-31 record as the SIxers and exceeded expectations when they advanced to the NBA Finals, where they lost to the Warriors in six games. However, there has been some off-season drama with the franchise.

Head coach Ime Udoka must sit through a year-long suspension this season for inappropriate behavior with a Celtics staff member. Regardless of losing their head coach, this talented team should make another deep playoff run in 2022.

Tatum finished fourth in the NBA in scoring, leading the Celtics with 26.9 points per game. Brown was second on the team with 23.6 points and added 6.1 rebounds.

Marcus Smart was the top playmaker for Boston with 5.9 assists, and Robert Williams III led them with 9.6 rebounds and 2.2 blocks. However, he’s sidelined for the next 2-3 months after recent arthroscopic surgery on his left knee.

Boston is 8-1 in their last nine games against Atlantic Division opponents, and the total has gone under in ten of their previous 15 games played in October.

The Sixers are 100% healthy coming into tonight’s matchup, while Boston will be without Williams and Danilo Gallinari, who is out indefinitely with a knee injury. In addition, new acquisition Malcolm Brogdon and starting PG Marcus Smart are listed as questionable.

The Sixers have been playing great basketball leading up to the season opener, while Boston has no one to match up with Embiid in the low post in this game.

Godds Pick/Prediction: The Sixers win, and the total stays under.