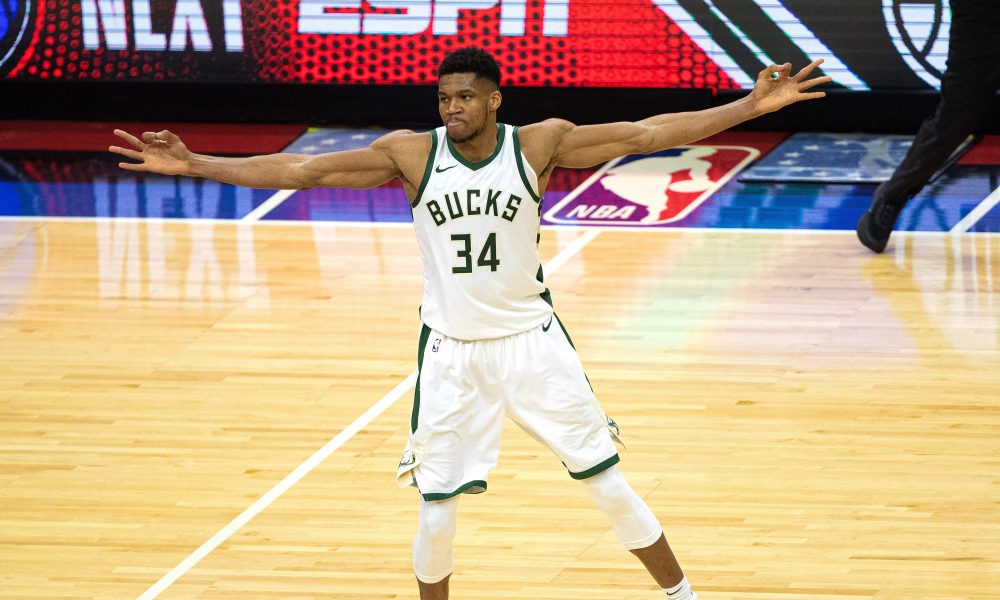 Two of the Eastern Conference’s top teams will clash on Thursday night as Milwaukee visits the 76ers in Philadelphia. This is the second meeting of these two teams, with the Bucks winning their first matchup on November 10 by a 118-109 score. Philly leads the Atlantic Division by a slim 1.5 game margin over the surging Boston Celtics.

The Bucks are now two games behind Chicago in the Central Division as the Bulls have gotten hot once again and have run off five straight victories.

The team had lost two in a row before their win over the Indiana Pacers on Tuesday night to move another game ahead of the third-place Cleveland Cavaliers, who have now lost their last two.

Sixers Try To Hang On To Division Lead

The 76ers are trying to keep their lead in the Atlantic Division and have two challengers closing in since Brooklyn went on their recent 11-game losing streak.

Boston has won nine of their last ten games to move into second place, and the Toronto Raptors have won nine of eleven and are now just two games out of the lead in the division.

Philadelphia needs a big game from Joel Embiid in this road matchup. In their loss at home to Boston on Tuesday night, He scored nineteen points on 3-of-9 shooting from the field.

Boston had a franchise-record 25 three-pointers and embarrassed the 76ers by 48 points on their home floor, 135-87. The team will be happy to have some help to turn around their recent 3-4 record as James Harden should begin to see action next week.

Giannis Looks To Continue His Domination

Milwaukee PF Giannis Antetokounmpo hopes to continue his domination of opponents in tonight’s matchup against the Sixers. In Tuesday night’s win over the Pacers, he scored 50 points on 17 of 21 shooting and pulled down 14 rebounds in the nine-point victory.

Khris Middleton added 19 and also had eight assists. Buddy Hield had 36 points for the Pacers and shot 8-12 on three-pointers.

After his performance against Indiana, Giannis now leads the NBA in scoring with 29.4 points per game, just ahead of his Thursday night rival Joel Embiid, who is at 29.3.

He also leads the Bucks in rebounding with 11.2 and adds 1.4 blocks per contest. Middleton is second with 19.4 per game, and Jrue Holiday is the team leader in assists with 6.7 per night.

Philadelphia has lost their last six games against the Bucks and is 2-5 against the spread in their previous seven games.

The Bucks are 7-1 against the spread in the last eight games at home vs. the Sixers, and the total has gone over in all of their previous six games.

The Bucks are favored in this matchup and should win at home against a struggling Sixers squad. Philadelphia should forget about the blowout loss at home on Tuesday and needs to be more competitive in this crucial matchup.