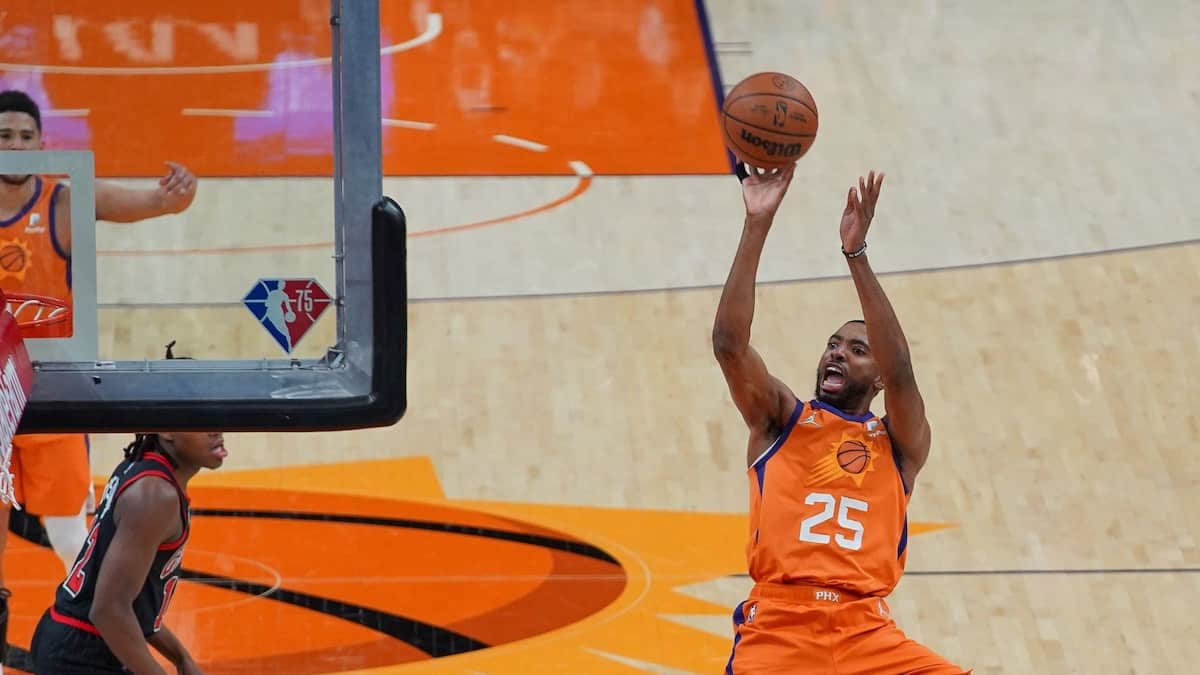 Tonight the Suns play their third straight game on the road in Denver and seek their seventh consecutive win. The absence of PG Chris Paul hasn’t seemed to slow this team down at all.

He was injured on February 16 and hasn’t played since appearing for two minutes in the All-Star Game. Denver is anticipating the return of two of its stars from injury, Michael Porter Jr. and Jamal Murray, ahead of the upcoming playoffs.

Denver is sixth in the Western Conference and leads Minnesota by 1.5 games. They hope to finish the season strong enough to avoid falling to the number seven seed and a spot in the play-in tournament. The Suns have also won six consecutive games on the road and are 18-4 in their last 22 games.

The Suns were the first team to clinch a spot in the playoffs and now can secure the number-one seed in the conference with a victory against the Nuggets. They had another convincing road victory last night vs. the Timberwolves.

Down by five points going into the fourth quarter, Phoenix scored 42 points in the final period to get the win. Deandre Ayton scored a career-high 35 points for the Suns, and Devin Booker added 28.

The Nuggets trail the Utah Jazz by two games in the Northwest Division standings. Tonight’s game is a chance for them to gain another half-game on the Jazz with a win. The team is also fighting to stay ahead of Minnesota in the west and avoid the number-seven seed.

They rebounded from two straight losses to get the victory over the Los Angeles Clippers on Tuesday night at home 127-115. Nikola Jokic had 30 points to lead all scorers in the game.

Jokic leads in all major statistical categories for the Nuggets with 26.2 points per game. He’s also second in the league in rebounding, grabbing 13.6 per contest. The All-Star center also leads Denver with eight assists, 1.4 steals, and 0.9 blocks per matchup.

The Suns are 5-1 against the spread in their last six games, and the total has gone over in six of the previous seven games.

Denver is 1-4 against the spread in their last five games at home vs. Phoenix, and the total has gone over in five of their last six contests.

The Suns are the hottest team in the league right now but are facing a very desperate Nuggets team on their home court.

It’s also possible that Phoenix coach Monty Williams will rest some players tonight in the second of back-to-back games.
Godds Pick/Prediction: The Nuggets will win, and the total stays under.