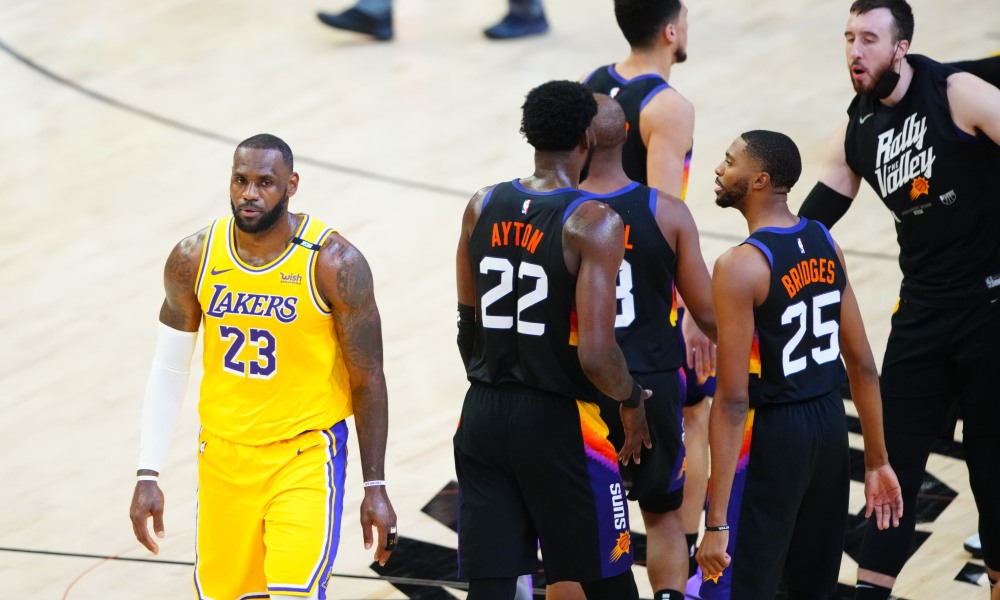 As the top story in the NBA continues to be the recent Covid-19 outbreak, the Phoenix Suns travel to Los Angeles to play the Lakers. At the moment, Phoenix’s roster is free from any players under the league’s COVID-19 protocol.

At the same time, the Lakers will be at a significant disadvantage against the conference-leading Suns, with six players benched because of the virus and two more out with injuries.

The Suns have already beaten the Lakers once this season, and they will want to continue their winning streak from their last game. They can beat the Lakers if they can open the game quickly and efficiently.

Lakers Looking to Get Healthy

The Lakers are struggling to keep the team healthy and will be missing most of their regular roster players for tonight’s game.

Anthony Davis is again being plagued by injuries so far this season and will be out for the next four weeks after spraining his knee against Minnesota on Tuesday night. In addition, Lebron James, who is nursing an abdomen injury, and Trevor Ariza are also listed as day-to-day.

The Lakers need to get healthy and start running off some wins if they want to keep pace in the Western Conference. They’re currently 16-15 on the season and in 7th place in the conference after losing their last two games on the road against the Minnesota Timberwolves and Chicago Bulls.

As a result of their short roster, the Lakers took advantage of the league’s new rule on replacement players and signed Jemerrio Jones to a 10-day contract.

The Suns are now reasonably healthy with the return of leading scorer Devin Booker on Sunday night after he missed seven games with a strained hamstring. They are also one of the few teams that aren’t missing any players due to health and safety protocol.

The Suns currently sit atop the conference with a 24-5 record, a half-game ahead of the Golden State Warriors, and are riding a three-game win streak. They should have no problem making it four in a row against a Lakers roster that is severely depleted.

Phoenix is 10-4 in road games on the season and is 6-2 so far in December. Chris Paul has been solid for this team and has kept them on track while their star shooting guard was out of the lineup. Paul is third on the team in scoring with 14.4 points per game and leads them in assists with 10.1 and steals, with two per game.

They need to get a win tonight against LA if they want to keep pace with Golden State and stay at the top of the standings.

Los Angeles is 4-16 against the spread in their previous 20 games against Western Conference opponents, and the total has gone under in six of their last seven games overall.

The Lakers will need nothing short of a miracle if they want to be competitive and take this win at home as they’re just missing too many key players in this matchup.

On the other hand, the Suns should have no problem winning their fourth straight game against this shorthanded Lakers team and extending their winning streak.
Godds Pick/Prediction: Suns will win, and the total stays under.