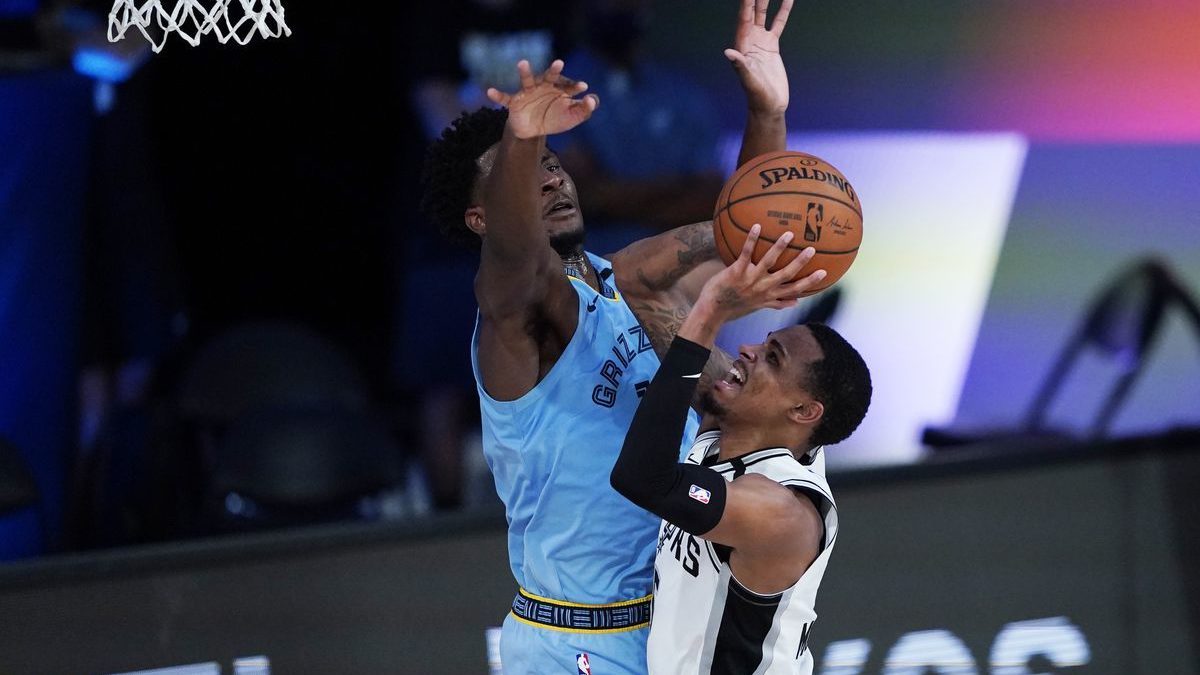 The San Antonio Spurs continue to trail with mild inconsistency. Now standing in the fourth spot of the Southwest Division, the Spurs are looking to end strong.

With a 3-2 record over their last five games, the Spurs are still hurting. Yet, they will now prepare to visit Division top seed Memphis Grizzlies at FedExForum in Tennessee Monday night.

For the Spurs, any wins to outweigh their current 24-37 season record will come in handy. For Memphis, the story is quite different.

The Grizzlies have remained as the top division seed for quite a while already, and they have set forth to pursue top Western Conference seeds such as Golden State Warriors and Phoenix Suns.

That is why every win counts for the Grizzlies as they continue to add positive digits to their 42-20 home record. Memphis will now face the Spurs at their home court while approaching a season-end stage in which they remain as the number three seed of the conference.

Murray’s Spurs and Their Second Chance to Surpass Memphis

The Spurs have already taken a loss over the Grizzlies. Just a little over a month ago, the Grizzlies were able to deliver a 118-110 away defeat to the Spurs. Now San Antonio is ready to have a second chance at hurting the top Division seed.

Although the Spurs have surely not lived up to fans’ expectations for the current season, they have still nailed some impressive marks. San Antonio currently stands in the 7th spot of the league for the most points per game average with 112.8 and leads the league with 28.2 assists per game.

The Grizzlies are finally just one win away from Golden State Warriors to claim the second seed spot of the Eastern Conference. They are still seven wins away from the top-seed Suns. Still, as in any constructive strategy, all spots are earned one at a time.

For Memphis, Ja Morant has led the way on the offensive end. Morant currently stands with 27.1 points and 6.7 assists per game. Morant has also nailed a 49.0 field goal percentage to stand out as one of the Grizzlies’ top players on the court.

The Grizzlies have also managed to lead league stats. Memphis is now second overall in the league with 113.8 points per game.

They have also nailed 25.3 assists per game to currently stand in the seventh spot. However, the Grizzlies are leading the league with the most rebounds per game, topping at 49.2.

The Spurs might be looking for a revenge win, yet they are facing one of the top conference seeds.

The Spurs are ready to head to Memphis. With a 13-19 away record, San Antonio might lack what is required to surpass a top conference seed.

For Memphis, a 20-10 home record confirms that the Grizzlies have attempted to remain consistent not to lose a grip over their current performance level.

As the season end approaches, Memphis needs to remain on the same path they have been for the last few weeks. If they can straighten their way to the top, perhaps a second conference spot might be closer than they think.
Godds Pick/Prediction: The Grizzlies to win and the over hits.