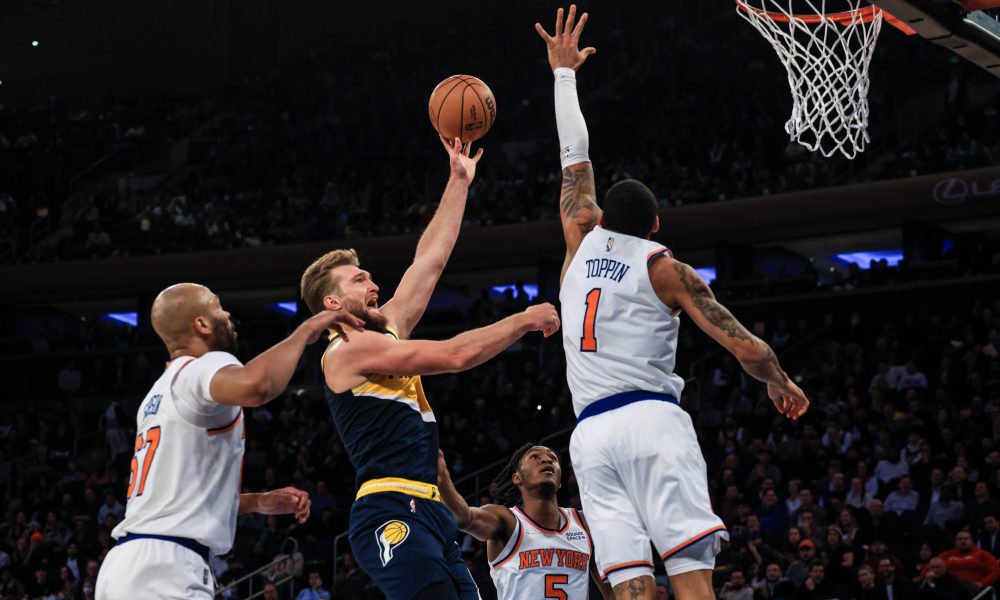 The Indiana Pacers are fourth in the Central Division, just six games ahead of the worst team in the league, the Detroit Pistons. They’re twelve games behind the Chicago Bulls in the conference and have lost four straight games.

The Pacers lost to the Cleveland Cavaliers in their last game, 108-104. The Knicks currently sit at the bottom of the Atlantic Division standings with a 17-20 record.

They were hovering around the .500 mark for the season during their recent three-game win streak but have now lost two straight to remain seven games behind the Nets, who lead the division.

Pacers Need to Turn Their Season Around

With a current four-game losing streak and many players out of action, the Indiana Pacers need to figure out how to start winning more games. The team currently has seven players on health and safety protocols. Among these are Jeremy Lamb, Malcolm Brogdon, and Chris Duarte.

Lance Stephenson returned to the team on Sunday, signing a ten-day contract. He recently had a stint with the Atlanta Hawks after playing in the G-League this season.

Indiana needs to find a way to avoid losing their fifth straight game in this matchup as they inch closer to the bottom of the Eastern Conference Standings.

The New York Knicks have lost two straight games but are 3-2 in their last five games overall. With the last two losses, they move below the Toronto Raptors and are now at the bottom of the division.

New York will be without PG Kemba Walker for this game because of a recent knee injury, and their leading scorer Julius Randle will miss his third straight game after being placed in health and safety protocols last Thursday. Randle leads the Knicks in scoring with 19.3 points per game and rebounds, pulling down 10 per contest.

With Derrick Rose already sidelined after undergoing ankle surgery and being evaluated in eight more weeks, New York needs answers and doesn’t seem to be able to address all these hurdles.

For the Knicks, the total has gone under in four of their last five home games. They are also 3-6 against the spread in their last nine games against an opponent in the Central Division.

This will be a very competitive game between two teams just trying to keep everything from totally falling apart this season. The Knicks should be able to come away with a win and hope they can keep getting healthy to make a possible playoff run.