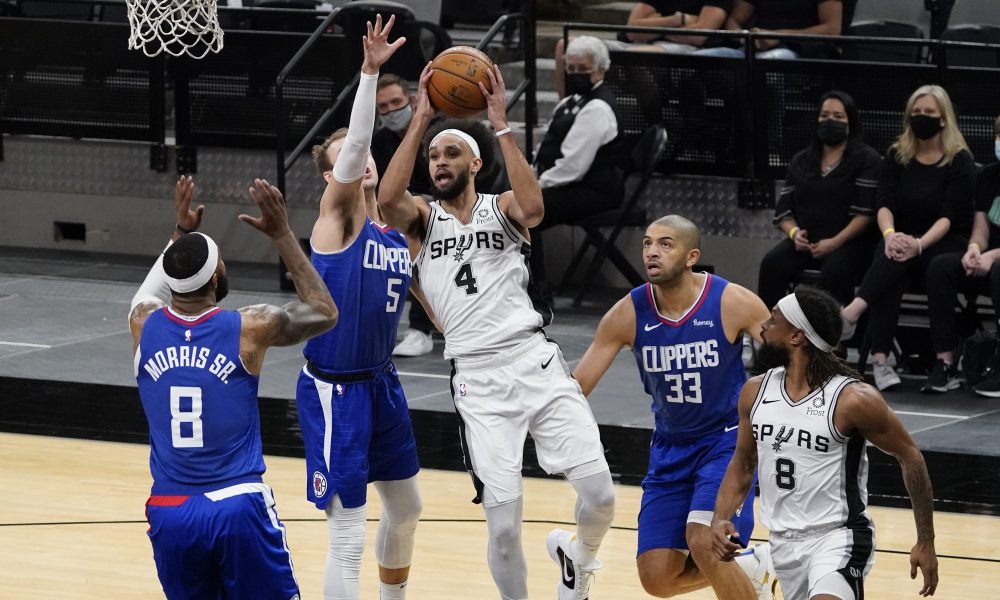 The San Antonio Spurs are now 11-18 and seeking to bring back some of that gameplay level that characterized the squad throughout the last two decades. Currently, in the third spot in the Southwest Division, the Spurs will attempt to take their 12th win of the season this Monday night when they visit the Los Angeles Clippers at Staples Center.

For the Clippers, who march along a more positive path, a home win over the Spurs would get them to 17 wins and keep them aiming at higher positions in the Pacific Division.

Currently, in the third spot in the division standings, the Clippers will also seek to leave a rough patch behind and keep rising to within playoff contention as they continue to prepare to face some formidable West Coast rivals.

To most, the Spurs have all they need to keep pushing higher in the standings, yet inconsistency has kept them from reaching that. San Antonio is now 2-3 in their last five games, and with a recent 121-114 loss to the Sacramento Kings, the squad continues to fight against a series of defensive backlashes that keep taking a toll on the outcome.

Maybe the Spurs need to go just a couple of games back to when they stepped up against the Jazz and beat their rivals 128-126 to steal Utah’s eight-game winning streak. Last Friday night, the Spurs’ Keldon Johnson led the squad with 24 points, followed by Derrick White with 22 points and 11 rebounds in the victory.

Currently, Dejounte Murray leads the squad by averaging 17.9 points and 8.5 assists per game, followed by Jake Poet with 8.6 average rebounds per game. With 1.9 steals per game, Murray added that the squad simply needs to put together better performances overall, both on the offensive and defensive end.

A win over San Antonio would allow them to put a two-game losing streak behind them for the Clippers. First, it was against the Jazz that LA could not top last Wednesday night. Utah successfully pulled a 124-103 win over their LA counterpart.

Although the Clippers held tight, it all came down to the last minute last Saturday night, and the LA squad still fell 104-103 to the Oklahoma City Thunder. That added negative digits to the Clipper’s 3-2 record over their last five games.

Still, the Clippers will have put out stronger performances to aim for the top of the conference standings. Paul George leads the squad by averaging 25 points and 5.4 rebounds per game.

Ivica Zubac tops LA with 7.9 rebounds per game on the defensive end, followed by George, who is now at 1.9 steals per game. To George, it’s all about playing one game at a time, and this Monday night, LA will have their next chance to step it up.

For San Antonio, tonight’s game is an opportunity to start turning around their season record and begin to lean digits over to the positive end. This might put some pressure on the squad to have a solid performance for the Clippers, yet pressure can take a positive or negative turn.

San Antonio is struggling, and their 18 losses prove that the squad is facing a tough transition to the mid-NBA season stage. For the Clippers, a win over the Spurs would allow them to straighten a series of downfalls which, if not stopped, could lead to further damage to their season record.

Still, the LA squad is not in a bad spot and might just need to tighten a couple of details on defense and trust George to lead the offense to their 17th season win.