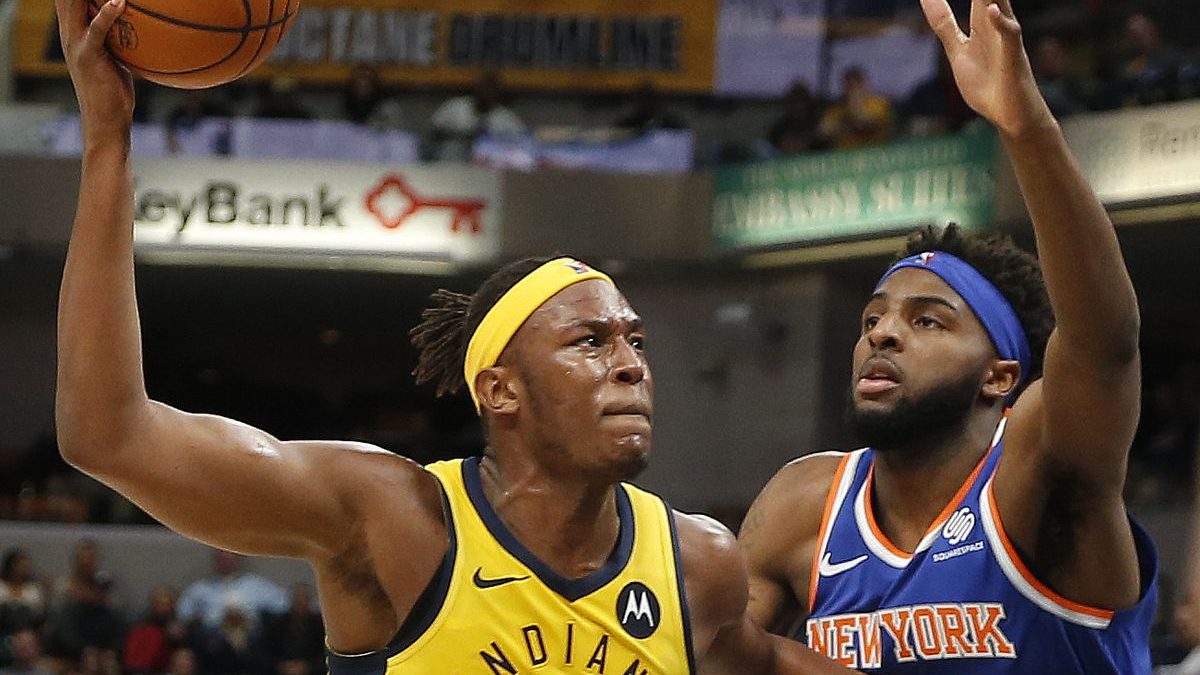 The Indiana Pacers are all set to visit the New York Knicks at Madison Square Garden this Monday night. Overall, the Pacers will be looking to hold onto a winning streak even as they are 12th in the overall Eastern Conference standings. The Knicks, currently sitting on a 7-6 record, want to avoid their inconsistency throughout their last performances to outshine the Indiana squad at NYC.

Both teams currently stack up in the long race to hit one of the very few spots of the Conference playoffs. For that, the Knicks will have to defend and lead their home against a team that has picked up the pace for delivering stronger performances.

With a 113-118 win over the Philadelphia 76ers, the Pacers are looking to hold onto what seems to be a season turnaround after two consecutive wins leading to some quite desired momentum. And with two more wins, the Pacers are now 5-2 in their last seven games and are looking to extend this lead. With Justin Holiday jumping off the bench and leading the team with 27 points, the Pacers coach Rick Carlisle believes that he just performed the performance that other teammates need to imitate.

Indiana finished the game with a season-high 57.3 percent shooting from the field. Although Holiday did steal the show, Malcolm Brogdon hit ten rebounds, led the squad with ten assists, and finished the game with 13 points. Myles Turner came close with 20 points, followed by Domantas Sabonis with 18 points. According to Carlisle, that needs to be highlighted about the team gradually finding their back into victory. For some, numbers reveal that the Pacers also have a bench to be on the lookout for.

The Knicks continue to struggle to remain consistent while attempting to put together stronger performances. After leading by 16 points, the Knicks were still unable to hold onto a victory and lost to the Charlotte Hornets 96-104. This time, the Knicks proved that their deficient defensive game is still underperforming during the second-half rundowns and that this has become their consistent issue.

According to head coach Tom Thibodeau, the main deficiency revolves around turnovers. New York finished the game with 19 turnovers against the Hornets, which ultimately translated to 17 points by their rivals. The Knicks only shot 38.7% from the field, and although Kemba Walker did finish with 26 points, the rest of the team failed to follow suit. For the Knicks to continue pursuing more consistent wins, they will need to rely on players like Walker and stronger offensive performance to outpace their defensive weaknesses.

Indiana is still not quite up and running as they wish, yet the team is looking good to strive for more consecutive wins. The Pacers currently stand 7-3 in their last games against the Knicks, so predictably, they look better for the Monday night showdown. The under is 5-1 for both teams in the previous six games, yet the Knicks appear to be leading the way with the spread and might just be tipping off the Pacers as they strive for their winning streak.

Although the Pacers are up 7-3 in their latest matchups against the Knicks, it seems that New York is looking better towards the end of the line. Given their current need to climb out of their current inconsistency, expectations are now set on the NY squad putting on a better defensive performance and leading the way against their Indiana counterparts.