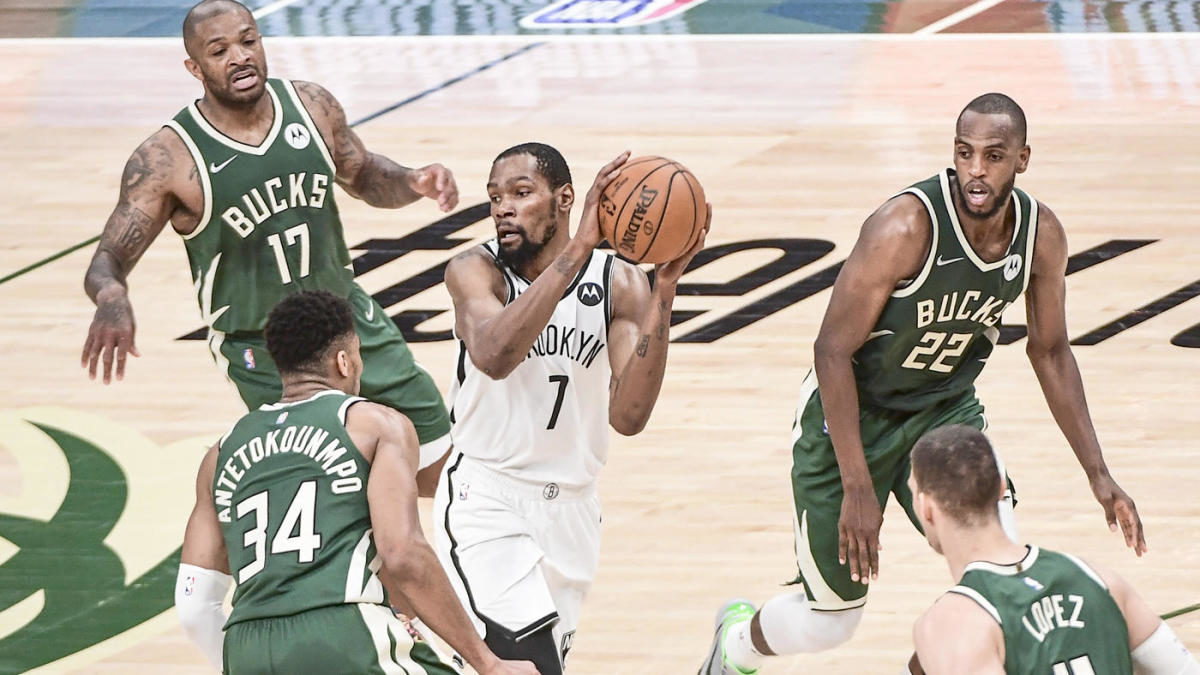 The best league in the world of basketball has everything ready to start a new tournament with a game that has not only high-level expectations but comes with different ingredients that may just turn this matchup into an instant classic.

The just recently-crowned NBA champion Bucks are hosting against the most lethal offense trio KD, James Harden, and Kyrie Irving. This last is still questionable to join the team anytime soon due to off-court personal decisions. A fresh start is right at the corner for both when they meet in Game 1 of the 2021-2022 season.

While Giannis Antetokounmpo led his team to a championship ring, averaging 28.1 points and 11 rebounds, the stage is set for a clash against the most feared Kevin Durant, who also led his team, along with Irving, averaging 26.9 points last season and finally getting dropped by the Bucks in a shocking playoff series.

Looking back on the most recent postseason, the Nets were able to compete and reach Game 7 against the Bucks in a series full of injuries and many other factors in which Giannis and company were able to put their opponents to rest. With that, they were finally able to win the NBA finals. The Nets have had some pending business with the defending champion since then.

According to the odds to win the championship this season, the team is back on track (Nets +250) for another successful regular season to obtain a chance for a ring, despite the controversy surrounding one of its stars, Kyrie Irving, and his vaccination status.

According to the previous season numbers for the Nets, Irving has shown to be one of their key players to become a strong team that can go toe to toe with the best of the league. However, it seems that Vegas appeals for the current issue to present no problem for this team at a distance and still claims to be one of the favorites to get to sit in the throne.

Milwaukee has shown great consistency during the previous seasons, and by finally putting a group together that could reach the ultimate goal, this team was able to overcome a very dangerous Phoenix Suns to finish their fantastic run as champions in game six of the NBA finals. Now it is time for the Bucks to show why they finished with a record of 56-17.

It is safe to say that the Bucks kept a very tight game in both regular and postseason. Also, same as before, the Bucks are not the predominant favorite to repeat their feat, as Vegas gave the team last time +550 odds to win the title, while this time around, the current number one is given +900, behind the Nets and the Lakers.

A healthy Bucks team is a team that plays on consistency and relies very much on their main figure Giannis the greek freak, while being complemented with highly skilled players such as Middleton, Holiday, and the fearless defense by Brook Lopez averaging 1.5 blocks per game.

Regardless of the most recent changes in the Nets roster, and while there is a cloud of uncertainty in this team, they are favorites in this game, but still, a very tight point spread has been set since both teams are still playing early in this season.

With both teams combining an average of 240.1, and the Nets as a visitor and the Bucks at home, the total shows great appreciation for the scoring abilities from both teams in this game in their respective coming statuses.

The Nets will cover the spread in a very even game that most likely will become their first attempt to a strong start while they begin a new road to the highly expected finals that were implicit when this team was put together.

The anticipated Durant and Harden show is coming to Milwaukee, and everyone in town will be looking forward to a high score game from both teams.