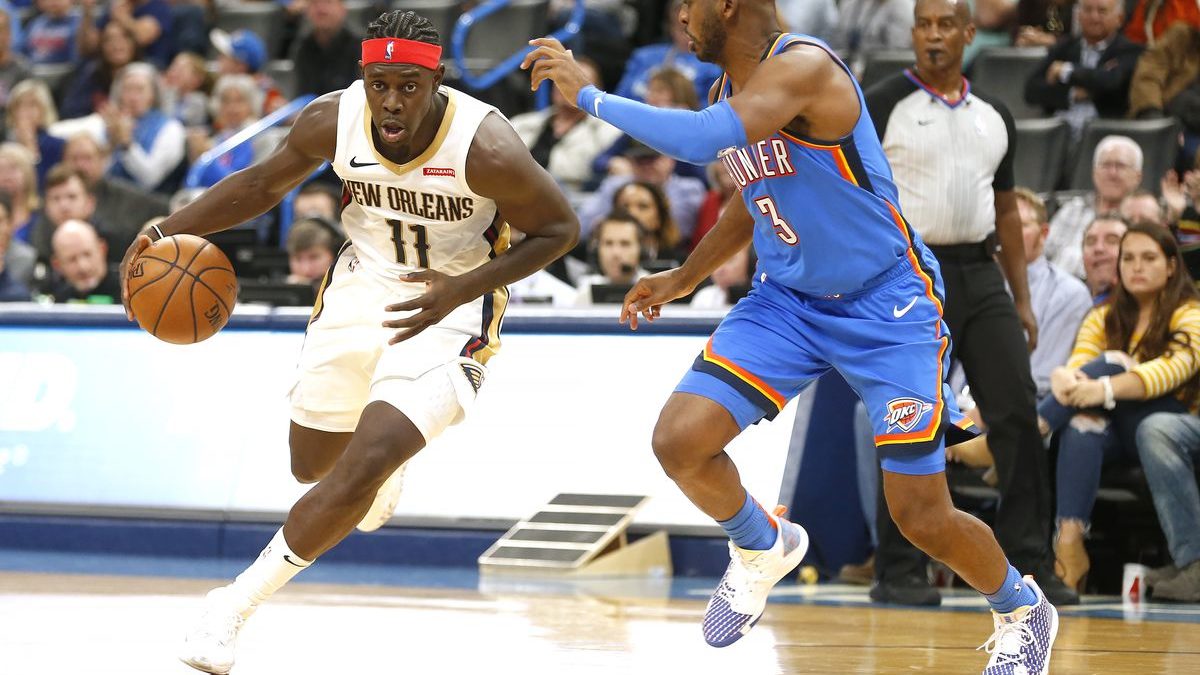 The Thunder are coming to pay a visit to the Pelicans, who have found no success at all this season. They are on a 7-game losing streak that is causing them to desperately look for the win in their next matchup. The Pelicans have not been able to maintain themselves healthy, and by losing two of their main players in PF Zion Williamson and SF Brandon Ingram, their roster is not able to hold for much longer.

The absences and the rotation are two of the biggest issues that the Pelicans are facing, but this next game can be the break that they need. It might give back some of the confidence and make them competitive again.

The Thunder have hit more than once and are currently looking to make their third win in a row this season. This streak is amplified by some of the wins that they have taken from very tough rivals. PG Shai Gilgeous-Alexander is leading OKC in points, with 22.4 per game, and rookie first-rounder SG Josh Giddey with 5.9 assists and 1.4 steals while on defense.

One of the main concerns for the Thunder has been their scoring abilities on offense, averaging only 98.1 points per game. This puts them at 29th in the league in this department, but they have still positioned themselves high in rebounding, with 46.4 per game overall.

New Orleans Pelicans On The Rush

It’s been very tough times in New Orleans this season, having to deal with major injuries by some key players. They have been able to drive the team out of the losing path before, but the team will have to wait a little longer as the rest of the crew gets healthy and able to contribute.

The Pelicans’ last win was to the Minnesota Timberwolves on October 25, and since then, they have not been able to get back to the winning side. They are running a record of 1-10 and are in fifth place in the Southwest Division below teams like the Mavericks, Grizzlies, Spurs, and Rockets.

The Pels’ top two players are taking care of most of the stats on the team, with C Jonas Valanciunas averaging 19.5 points and 13.9 rebounds per game and PG Devonte Graham on the assists with 5.6 and 1.4 steals.

The Thunder will get the win in this upcoming matchup on the road against the Pelicans, who have had major issues with injuries on their roster. They are surely missing some of their young stars, and it shows in their losing record and is also reflected in their last position, as well, in the standings.