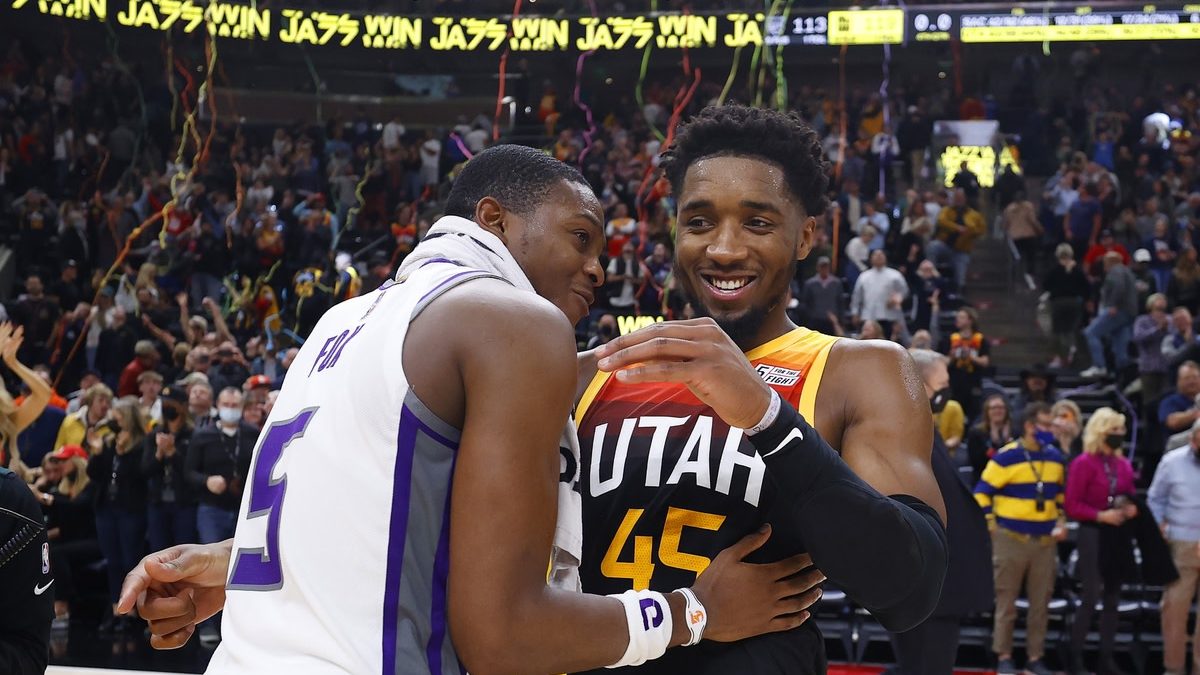 The Utah Jazz are coming off a 119-113 win over the Sacramento Kings on a night in which both Donovan Mitchell and Mike Conley, with 36 and 30 points respectively, led the Utah Jazz to their sixth NBA win. Earlier, the Utah Jazz won on the road against the Milwaukee Bucks, 95-107, completing a streak of four wins in their last five games.

The Jazz will look to extend their two-game winning streak against the Hawks, who now stand at an even 4-4. Donovan Mitchell and Rudy Gobert, the reigning Western Conference player of the week, have been leading the Jazz’s explosive pace lately, and will be the go-to duo for the team’s attack against the Hawks.

Utah Jazz to maintain the symphony

The Jazz managed their business against the Kings at home; however, their three-game road trip could be rocky if Rudy Gobert and Donovan Mitchell aren’t available to play. The two are still questionable in their first game against the Hawks and forward Royce O’Neale could be out, as well, along with center Hassan Whiteside. At least one or two will be back before this road show is over, however.

It would be even harder to travel and face a Hawks team who is still unbeaten at home. Atlanta could see a shift in rebounding. Utah is currently the league’s leader in average rebounds (61 per game), but the Hawks are a top-10 squad when it comes to mopping up on the boards.

Losing Gobert would make this game a challenge; losing Gobert and Mitchell would be devastating. If the Jazz have to play shorthanded, they’re going to be in trouble by a team able to exploit weaknesses well.

Atlanta Hawks want to take care of the nest

The Atlanta Hawks returned home to State Farm Arena for a rematch against the Wizards. They found what they wanted, taking a win thanks to very balanced scoring and good ball movement.

The Hawks showed that when they are on, they are going to be a tough team to beat.

They also showed that John Collins is more than just an athletic finisher and rim protector. In fact, he was one of three players to dish out six assists, and the offense was firing on all cylinders.

Collins’ stat line was nothing spectacular, finishing with 12 points, nine rebounds, six assists. and one block in just over 31 minutes per game. He finished with a plus-seven impact on the box score, which is better than his 28-point, 12-rebound effort last game against the Wizards and had a minus-nine impact on the score.

The Hawks, for their part, set a trend of 1-4 ATS in their last five games. The total has gone over in four of Atlanta’s last six games, and under in five of their last seven games vs. Utah. These statistics mark a line of action that appears to be favorable for the Jazz, who come into the game in a more favorable position over the Hawks.

The game will probably go in favor of the Jazz over the Hawks, who have struggled to recover from recent losses in recent games. The Jazz have shown solid performance, especially from their stars Donovan Mitchell and Mike Conley, who are coming off a stellar performance against the Kings.