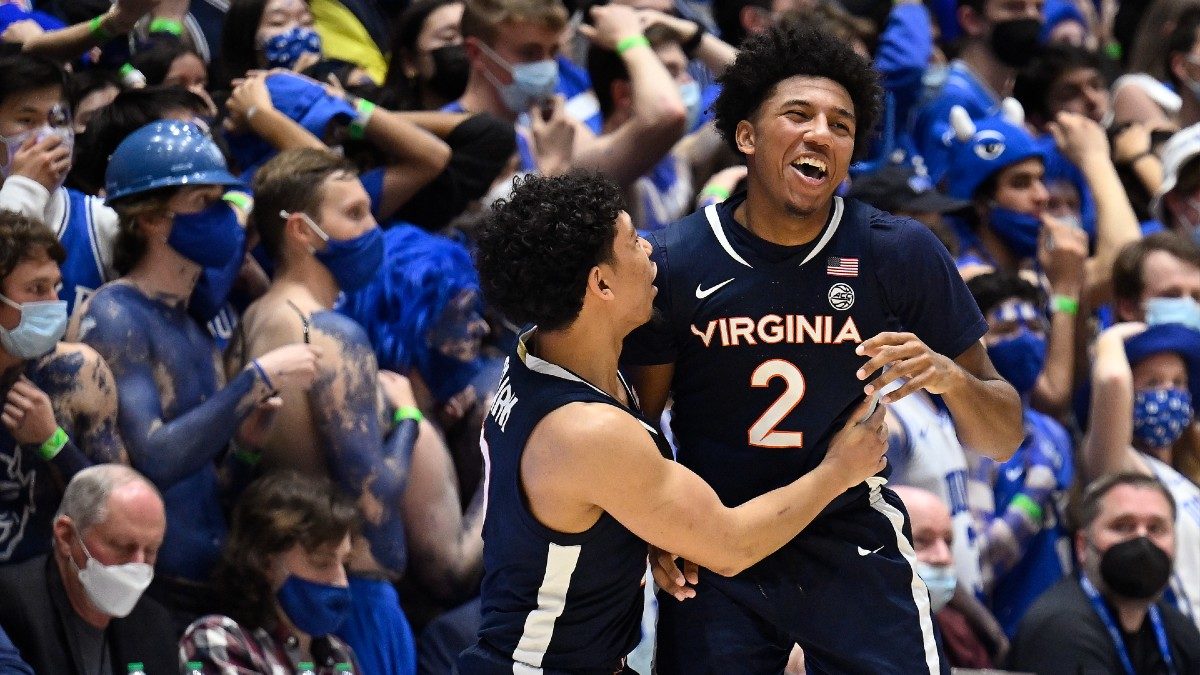 On Wednesday, seventh-ranked Duke will travel to Charlottesville to face the Virginia Cavaliers in a crucial matchup for position in the ACC standings. Duke has won their last four games and lead the conference with a 13-3 record. Their last defeat was at home against this Cavaliers team, who won on a Reece Beekman three-pointer as the clock ran out for the 69-68 victory.

Virginia is currently fifth in the ACC standings, just 2.5 games behind Duke. They have a very slim chance of catching the Blue Devils in the standings with just three games to go in the regular season.

The Cavaliers had won four straight games before losing to Virginia Tech 62-53 on February 14. The team is 2-1 since handing Duke just their fourth loss of the season with victories over Georgia Tech and Miami.

The Devils seek their fifth straight win since their loss to Virginia. They are holding a slim one-game lead over Notre Dame in the ACC standings and recently moved up two places in the AP Top-25 rankings after Providence and Baylor suffered defeats.

Duke picked up its last victory on Saturday, beating Florida State by an 88-70 final score. Paolo Banchero led all scorers with 17 points and eight rebounds for Duke, who had six players score in double figures. Wendell Moore Jr. scored 16 and also had seven assists and five rebounds.

The Blue Devils must be at their best tonight on the road if they hope to come out victorious in this important game. Paolo Banchero leads the team in both scoring, with 16.9 points per game, and rebounds, with 8.4.

Wendell Moore hands out 4.6 assists and gets 1.6 assists per matchup. Mark Williams is the team’s leading shot-blocker, turning away 2.9 per game.

The Cavaliers are hoping to take a second win over the Blue Devils this season on their home court. The team has been playing consistently in the last several games and won their last game against Miami 74-71.

Jayden Gardner led Virginia with 23 points and had seven rebounds, as the team shot 49% from the field. Kihei Clark added 17 points and five assists, and Kadin Shedrick came off the bench to score 13 points and grab 13 rebounds.

Gardner is the leading scorer for the Cavaliers with 15.3 points per game. He’s also the leading rebounder for Virginia, with 7.1 per contest.

Armaan Franklin is second on the team with 11.6 points, and Reese Beekman averages five points and two steals per game. Reserve Kadin Shedrick is the leading shot blocker for the team with 2.2 per matchup.

The Blue Devils have the odds in their favor and should be able to hold onto their lead in the ACC with a win tonight. However, Virginia still has dreams of moving up in the standings and must win tonight to keep their slim hopes alive.
Godds Pick/Prediction: Duke will win, and the total goes over.