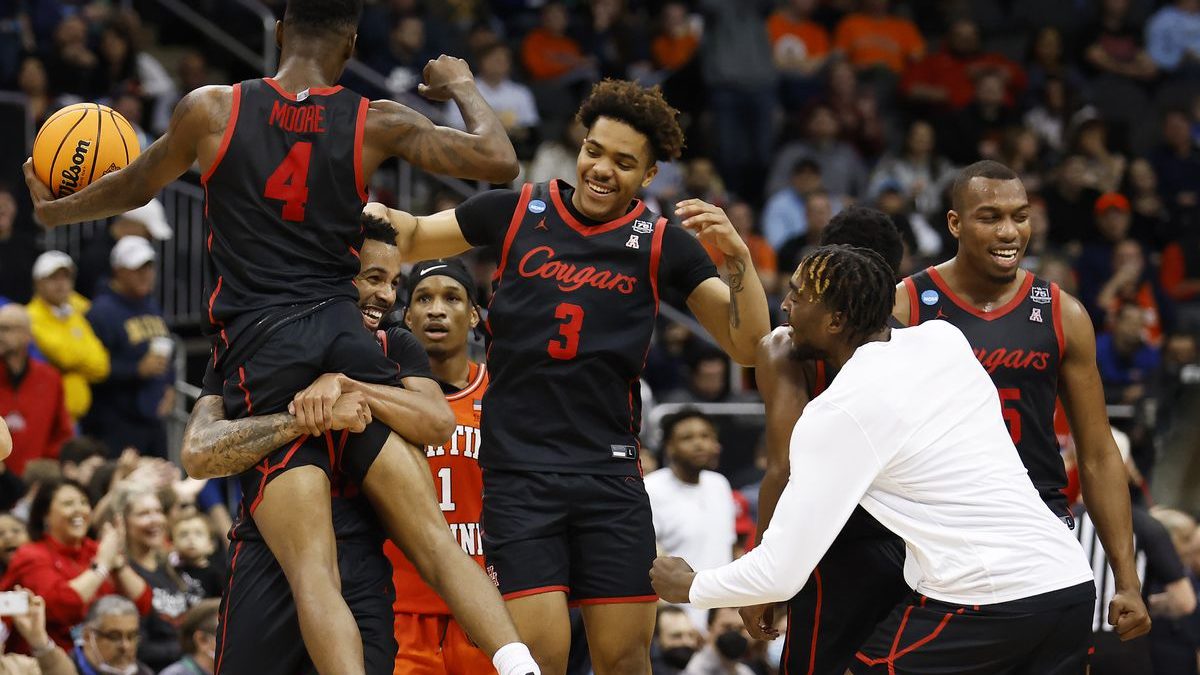 It’s now the Sweet Sixteen in the NCAA Men’s Basketball Championship. The Houston Cougars, fifth overall seed, are set to give it their best in the last stretch to the championship game.

With a 31-5 overall season record, the Cougars are not ready to let go of their last chance to make it to the very last stage of the season and fight for a championship title.

The Cougars are now ready to head to San Antonio and face the Arizona Wildcats tonight. As for Arizona, the pressure is on. With a 33-3 season record, they remain one of the top teams favored to make it to the championship game.

However, with recent wins over Wright State and TCU, Arizona is now ready to determine which team from the South Region will guarantee a ticket to the semifinal stage.

Today represents a chance for the Cougars to take on what most believe to be the strongest standing contender for the NCAA championship. Yet, it’s also Houston’s last chance to make it to the semifinal stage.

Kyler Edwards remains one of the leading players for the Cougars on the court. Edwards leads Houston with 13.9 points, followed by guard Jamal Shead with 5.9 assists and 1.7 steals per game.

The Cougars have everything they need to take on the Wildcats tonight. However, a significant effort will be required if they wish to come out victorious. Although expectations are higher for their rival, Houston is set to make a statement in this game.

Wildcats in the Final Stretch

To stand as one of the strongest teams in the country is just another recap of Arizona’s current season. Still, the postseason is not over yet. For the Wildcats to shine and make it to the championship final, a series of last efforts will be needed. The first one will force them to take a solid win over Houston tonight.

Guard Benedict Mathurin is currently leading the Wildcats with 17.8 points per game. On the defensive end, center Chris Koloko has also contributed to Arizona’s winning efforts by adding 7.4 rebounds and 2.8 blocks per game.

The Wildcats have stolen the show ever since they became the first team to reach the ten consecutive win mark. In the AP Top-25 and the Coaches’ Poll, Arizona is still number two behind Gonzaga. However, Arizona is all set to turn some heads and prove that they are the true champion they have been since game one.
Godds Pick/Prediction: The Wildcats to win and the over hits.