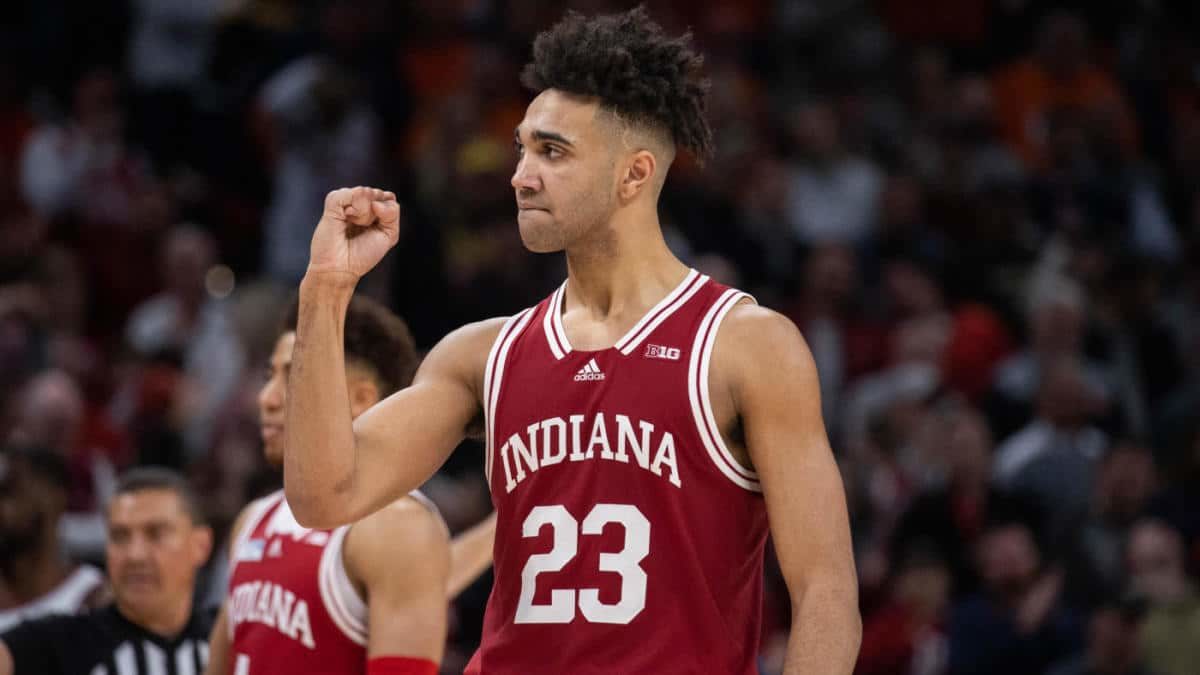 The NCAA tournament is at the first four-stage, and the Indian Hoosiers hope to extend their

pursuit for the NCAA Championship. As the ninth overall seed of the Big Ten, the Hoosiers still have much to accomplish, and they now have their shot against the Wyoming Cowboys tonight.

The goal remains the same for the Cowboys; extend their season to the next championship stage. With their last defeat to Boise State in the regular season, the Cowboys are unwilling to let a previous negative result offset their path to the championship. To continue pursuing their chances for success, the team will first need to leave the Hoosiers behind.

Hoosiers to Remain in the Title Race

The Hoosiers are now 20-13 on the season. Since their last loss to Iowa, Indiana must now focus on proving that no significant positive stats are needed to back up the solid effort the team has delivered to make it this far into the postseason.

Forward Trayce Jackson-Davis leads the Hoosiers with 18.1 points, 8.2 rebounds, and 2.4 blocks per game. Guard Xavier Johnson has also contributed to the team’s effort by adding five assists and 1.2 steals per game.

Making it this far proves that the Hoosiers still have it in them to continue pursuing the NCAA Championship. Although the team went 2-3 in their last five regular-season games, there is enough talent in the Hoosiers’ lineup to withstand and surpass the Cowboys.

The Cowboys tied San Diego State for third in the conference with 13 wins. Boise State and Colorado led with 15 and 14 wins, respectively. Wyoming is ready to take on the Hoosiers tonight to extend its title pursuit.

Top players like Graham Ike and Hunter Maldonado will need to step it up for the Cowboys tonight. Ike stills lead Wyoming with 19.6 points and 9.6 rebounds, while Maldonado has added 6.3 assists and 1.2 steals per game.

As the overall fourth seed of the Mountain West, the Cowboys have an edge as they head to Ohio to face Indiana. But, more than just the numbers, the Cowboys have proven that they can fight for a potential championship against the top NCAA seeds.

The Hoosiers might have what it takes to beat the Cowboys, and reaching the First Four stage is a great indicator. Even with a loss to Boise State in their last game, the Cowboys aren’t letting go of their chances to pursue the next stage of the NCAA Tournament.