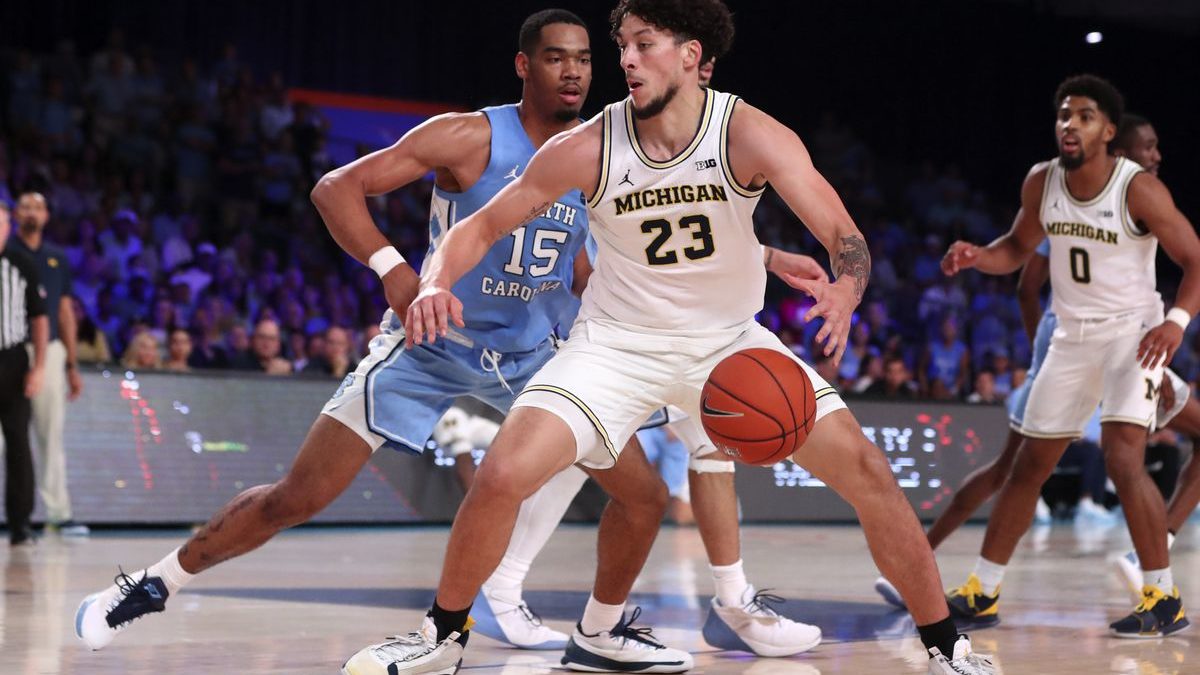 Wednesday night will feature a highly anticipated matchup between two top NCAA squads looking to consolidate their gameplay as teams move along in the initial phase of the 2021-22 season. The Michigan Wolverines will face the North Carolina Tar Heels at Dean Smith Center in Chapel Hill.

Both the Tar Heels and the Wolverines are looking for their fifth win of this young season ahead of the start of conference play. For Michigan, this game is an opportunity to add to their record away from home. For North Carolina, a fourth home win would simply allow the squad to continue building solid momentum as the team aims to pursue a national championship.

Michigan Looking to Move up from Current No. 24 Ranking

With a 4-2 season record, the Wolverines have descended to the 24th spot in the AP Top 25. This Wednesday will bring the opportunity for them to climb up a few spots as they match up against an always tough North Carolina squad.

Michigan is coming into this game with a win over the Tarleton State Texans last Wednesday. The final score was 65-54 in favor of the Wolverines, handing the Texans their fifth loss. So far this season, Michigan is averaging 71.8 points per game and is allowing a total of 64.5 points per game to their opponents.

Eli Brooks leads the squad, averaging 15.7 points per game, and DeVante Jones is best on the team with four assists per matchup. The individual numbers aren’t looking outstanding, but they might prove to be enough in Wednesday’s matchup.

According to Michigan Coach Juwan Howard, the team simply needs to be more consistent on offense. He added that hitting open shots will be crucial, especially in road games, if this team wants to keep adding up wins.

The Tar Heels are ready to step on the court after an eight-day break. There’s a possibility of them being a little rusty after such a long hiatus, but with a team the caliber of Michigan coming to town, they should have no problem getting themselves up for the challenge.

With a 72-53 win over the UNC-Asheville Bulldogs over a week ago, the Tar Heels were able to get their fourth win of the season and are now preparing to win their fifth. With an average of 83.2 points per game, the squad is still attempting to strengthen its offensive output.

To have forward Armando Bacot leading the squad with 15.7 points and Caleb Love with 4.2 assists per game, Tar Heels coach Hubert Davis believes this is the beginning of some of his top recruits starting to build solid performances. Davis added that the team is putting in extra effort on the court and expects to see some of those results Wednesday night.

With both teams standing at 4-2, it’s not quite easy to make a pick. Although the Tar Heels are playing at home, the Wolverines have the momentum that might just give them the edge to come out on top in tonight’s matchup

This will be a tough game at home for North Carolina, as they have lost both games against ranked opponents this season. If coach Davis can make adjustments to tackle one of Tar Heels’ weak spots, covering the three-point line, they have a chance to be successful.  For Michigan, it’s all about keeping up consistency, and if they do so, the team will have a solid chance to power through North Carolina and get the win.