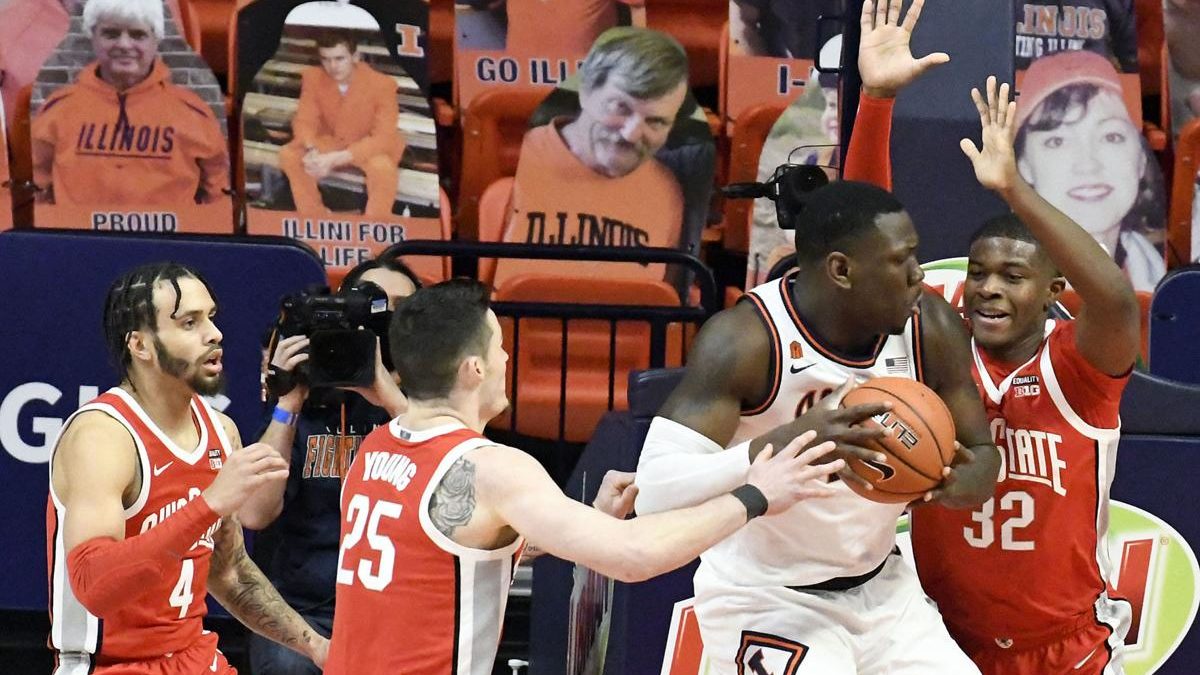 Ohio State is just two games behind first-place Purdue. With only three games left in the season, the Buckeyes might just be motivated to power through the last stage of the race to the conference title.

The Buckeyes are set to visit the Illinois Fighting Illini at State Farm Center in Champaign tonight. As for the Fighting Illini, the story is pretty much the same.

Illinois is now in the third spot in the Big Ten and hopes a 19-7 season record might prove enough to reach the two top conference spots. Still, Illinois needs to surpass Ohio State tonight to continue with their hopes of having a shot at winning the conference.

Liddell’s Buckeyes to Make the Most of the Last Stretch

The Buckeyes have not been the most consistent team, but far from it. With a 3-2 mark over their last five games, Ohio State is attempting to make the most of their recent efforts to keep climbing up the conference standings.

Starting with a win over the next rival in the standings might prove enough to build momentum heading into their next games. However, Ohio State will need to bring their best game to Illinois if they hope to do this.

The team will need to rely on E.J. Liddell and Jamari Wheeler to step it up. Liddell is now averaging 19.5 points and 7.6 rebounds per game, while Wheeler has added 3.3. assists and 1.5 steals per contest.

Illinois recently had a decisive win over Michigan State. With the odds against them, the team was able to hand the Spartans a 79-74 defeat.

Kofi Cockburn is ranked as one of the top players in the country and continues to lead the team with 21.7 points and 11.2 rebounds per game. Trent Frazier has also helped the team’s effort and adds four assists and 1.4 steals per game.

The Fighting Illini are still in a better position than their rivals tonight. Just a half-game behind Purdue in the standings, Illinois keeps their hopes alive of pursuing the top spot in the conference.

The Buckeyes are now 10-5 in the conference and have stayed consistent, even with defeats at the hands of Purdue and Wisconsin. However, with a 12-4 record in conference games, Illinois might not be ready to let go of their championship hopes.
Godds Pick/Prediction: The Fighting Illini to win and the over hits.